Qantas has reviewed its five key sporting sponsorships as it continues to manage the fallout from COVID-19.

The review examined how the national carrier could continue its association with existing partners using in-kind support (for example, commercial flights as well as access to Qantas-owned channels for marketing), given its need to conserve cash while travel restrictions remain in place.

As a result of the review and negotiations with partners, Qantas will continue its association with Cricket Australia and the Football Federation of Australia on an in-kind basis over the next 12 months, with a further review at that time.

The national carrier will also continue its association with the Australian Olympic Committee and Paralympics Australia, with a view to supporting athletes at the rescheduled Tokyo Games in 2021.

However, Qantas said it was not in a position to continue its 30-year relationship with Rugby Australia beyond the end of this calendar year.

“In an environment where thousands of our people have lost jobs and thousands more are stood down while they wait for flying to restart, we can’t maintain these sponsorships in the way we have in the past,” Qantas chief customer officer Stephanie Tully said.

“While we’re dealing with this crisis and its aftermath, the cash cost of our sponsorships has to be zero.

“Without exception, our partners have been incredibly understanding of the situation, particularly as most are facing their own COVID challenges.

“Qantas has had a very long association with Rugby Australia and the Wallabies, and we’ve stuck with each other during difficult times. Unfortunately, this pandemic has been the undoing. Like all Australians, we’ll continue to cheer them on from the sidelines.”

Tully said Qantas will also have to end several of its arts and community sponsorships, but the airline has agreed to “maintain a connection with a number of them, including the National Gallery of Australia and Museum of Contemporary Art, in the hope there are projects we can work on together in future”.

“Our focus right now is getting through this crisis, which unfortunately means lots of difficult decisions like these,” she said.

“We know things will eventually recover and, when they do, we’ll be ready to support Australian cultural and sporting life, in whatever form that takes.”

Qantas noted that it remains committed to its work with Indigenous and regional communities, including through its five-year Regional Grants program.

The national carrier will also continue to work closely with Tourism Australia and state-based tourism bodies to provide “in-kind support to stimulate domestic tourism as borders re-open, and promote Australia to the world once international travel resumes”.

And while it’s saving on costs by dumping its sponsorship with the Wallabies, Qantas has just made close to $1 million by selling fully-stocked half-bar carts from its recently retired Boeing 747 aircraft.

The galley carts, which have been stocked with a range of items from champagne and Australian red and white wine to Tim Tams, PJs and an exclusive to Qantas first-class Sheridan throw, went on sale at 8am this morning online. 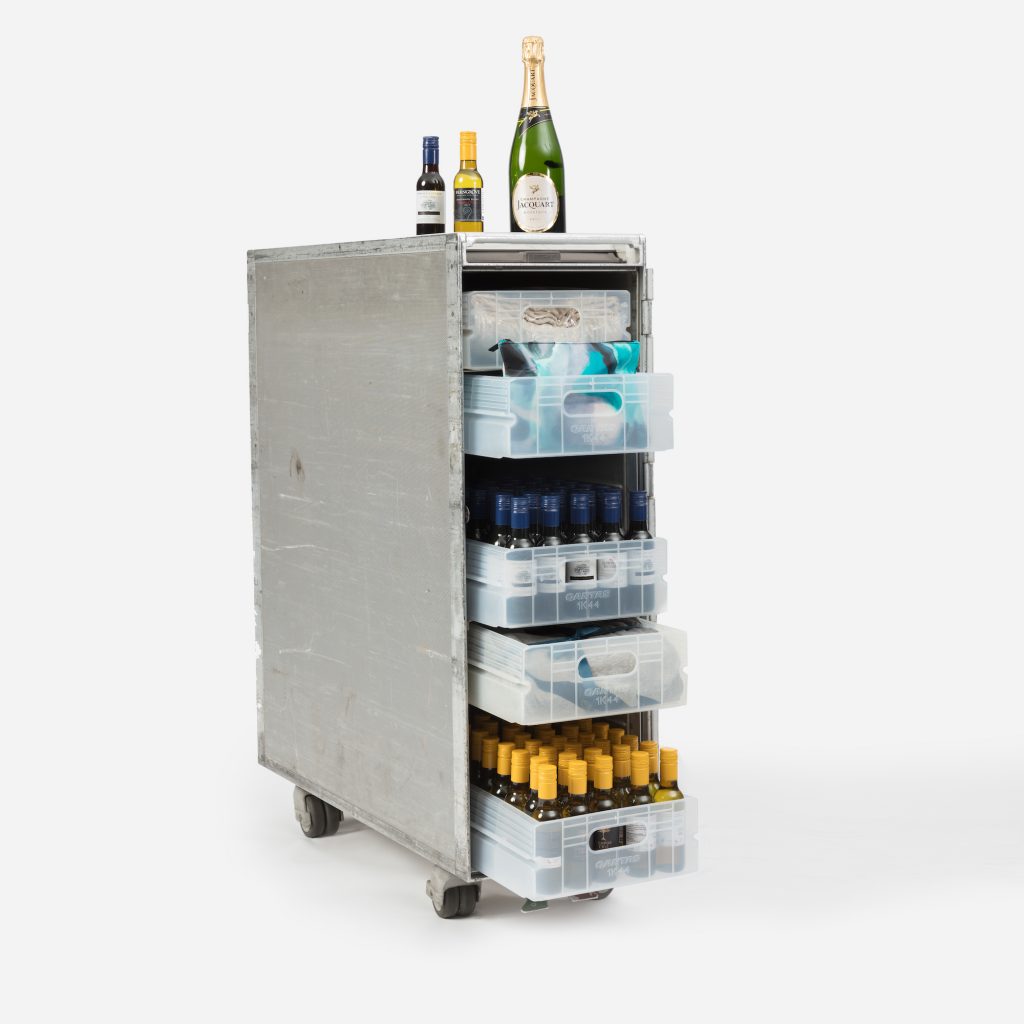 Qantas’ executive manager of product and service, Phil Capps, said the airline wanted to offer up a unique opportunity for enthusiasts to own a physical piece of the 747 legacy, particularly at a time when travel was out of reach for many.

“These pre-loved carts served Qantas and our customers well during their world travels from London and Los Angeles to Singapore and Santiago, with each one averaging around 2,000 flights,” he said.

“While we no longer have use for them, they still have life in them, especially for those with an appreciation for aviation collectables and an eye for design.

“There has been huge demand for Qantas 747 memorabilia and frequent flyers have expressed keen interest to convert the bespoke inflight trolley into everything from lamp stands to storage units.

“The fact they come fully stocked with some of Qantas’ most popular onboard service items will hopefully inspire some high-flying fun at home.”

The Flying Kangaroo has already achieved success with its outside-the-box product offerings, having sold out of its iso care packages within hours just last month.