OPINION: Let’s lean into the calm before the storm 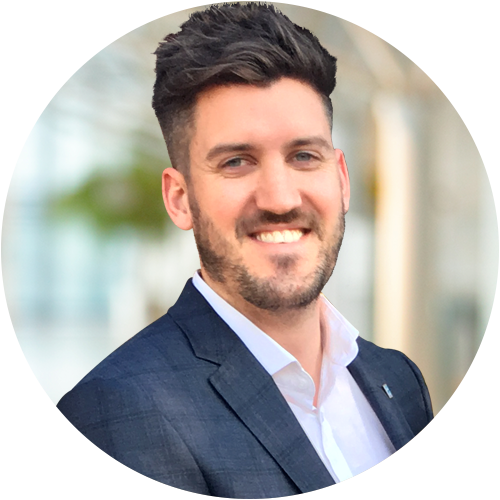 My reflections since then have been quieter and more inward, as we’ve focused on the mental health and wellbeing of Platinum Travel Corporation’s staff, and done everything we can to help them secure meaningful work to supplement the incredible job they continue to do for Platinum and its clients.

What I want to reflect on today, though, is not the dire reality our industry faces come March 28, but on just how far we’ve come in the fight against COVID since JobKeeper 2.0 was announced. Because, while it’s easy to lean into the idea that ‘we still have no revenue’ on the bad days, we can’t afford to ignore the clear and present reality that there is an end in sight. We just need some continued support to get there.

The introduction of a COVID vaccine has remained the travel industry’s greatest chance of recovery since day one. The fact that numerous vaccines with efficacies up to 94 per cent (much greater than the annual flu shot we line up for so routinely in Australia) have been developed, and will be rolled out, before the end of 2021 is nothing short of remarkable.

It’s important we focus on the progress this represents for our industry, though, and not dwell too much on the critics who oppose them. Because, while everyone can and should have a choice about whether to receive a COVID-19 vaccination, it’s the increasing likelihood of vaccination becoming a requirement of air travellers that will make a tangible, positive difference to the travel industry.

There have also been significant developments in the rollout and use of instant/spot testing for COVID-19; designed for airports and other high-traffic areas. Assuming they’re used in conjunction with vaccines, the combined mitigation of risk bodes similarly well for the travel industry at large.

The real case for ‘TravelKeeper’

Before I restate my case on the need for an industry-specific wage subsidy post-JobKeeper, I want to reiterate a point I’ve made every step of the way: we are so damn lucky to have received the support we have to date. JobKeeper has undoubtedly been a lifeline for our industry, and we can’t afford to forget how lucky we are, as Australians, to have been on the other end of it these past 10 months. I want to make special mention here of those organisations who’ve elected to hand back their JobKeeper payments in light of positive financial results, and to those who’ve publicly highlighted the need to redirect these funds to the pandemic’s hardest-hit industries. I’m humbled and thankful for their grace, support and integrity.

Many of you will know by now, too, about some of the other federal grants and support payments available to travel agencies. Unfortunately, you’ll also know that most agencies – like ours – are ineligible to access this support thanks to a technicality in financial reporting the government is yet to readdress. All the same, I don’t envisage any one grant or business support payment being able to act as more than a Band-Aid for business overheads, or being one that could ever outweigh the benefit of an extended salary supplement for our staff and colleagues.

Keeping the lights on and creditors at bay is one thing, but protecting the experience and expertise of a highly-skilled workforce is quite another.

Think, for a moment, about what would happen if the government imposed similar restrictions on the building industry. And I don’t mean temporarily, either – I mean for two years. No building. No renovations. Nothing. Then imagine what would happen when those restrictions were lifted; assuming the government left the industry with no support along the way. How would homeowners – not to mention local councils – feel about a gaggle of first year apprentices building their first homes or second storeys with only YouTube as their guide? It might sound like a clunky example, but it highlights the fact that our industries are our people. And how can we expect an industry’s talent and expertise to remain at our disposal if we force them to cease operating for years at a time? I mean, God help the poor bastard who has to live in any of the houses I’ve renovated over the years.

There are those who’ve made the unsympathetic and grossly ill-informed mistake of underestimating travel agents and travel management companies; those who’ve suggested it’s time we acknowledged our fate, moved on to other industries and accepted that ‘people book their travel online now, anyway’.

Well, I want to take a moment to remind these people that our situation is not comparable to that of taxis, Kodak or Blockbuster. We are not being challenged by innovation or alternative services. The travel and tourism industry (up 9.9 per cent) has outgrown general retail ( up 9.5 per cent) in Australia over the last 10 years, and contributes tens of billions of dollars to the Australian economy annually. Platinum itself has grown no less than 25 per cent year-on-year for the last three years (and this is all organic growth – no acquisitions etc).

In short: we’re thriving … or we were, until a global pandemic necessitated government-imposed travel restrictions to protect the health and safety of Australians. And the real irony here? The vast majority of my travel colleagues and peers understand and support these restrictions. Public health should come first. We’re simply suggesting that the industry that was first, hardest, and that will be longest hit by these restrictions should not have to pay the ultimate price for them.

And nor should consumers, because it won’t just be travel industry staff who pay this price at the end of the day. The cost to consumers if airlines and travel agents fail – if competition evaporates and capacity plummets – might be hard to predict, but it’s certainly not hard to imagine.

The crux of it

Countless industries and local economies rely on the health and success of the travel and tourism industry. It employs tens of thousands of people and contributes more than three per cent to our annual GDP. And, thanks to some fierce and relentless industry advocates, this message is getting through. You need only look at the extraordinary success of the #savethetravelindustry petition and broader campaign to see that.

Only time will tell what, if any, real support the travel industry is offered after March 28. But, as hard as we’ve all been working to remind our local members and politicians of the value we represent – to firmly and respectfully campaign the ‘right’ way, and through the ‘appropriate’ channels – it’s about bloody time we reminded ourselves, too.

We have worth, we have value, and we have an integral role to play in what will undoubtedly be the biggest economic recovery in our nation’s history.

Andrew Buerckner is the director of Platinum Travel Corporation and Entourage Travel Group.

This article originally appeared on LinkedIn and was republished with permission.