Cunard has revealed the name of a new ship set to join its fleet in 2024, Queen Anne, which will mark the first time the cruise line has had four ships at sea in almost a quarter of a century.

Queen Anne will be Cunard’s 249th ship and will make up a remarkable quartet of Queen Mary 2, Queen Victoria and Queen Elizabeth. This will mark the first time since 1999 that Cunard will have four ships at sea.

The name is a call-back to Cunard’s royal history, joining its sister ships in paying homage to each Queen Regnant over the last millennium. 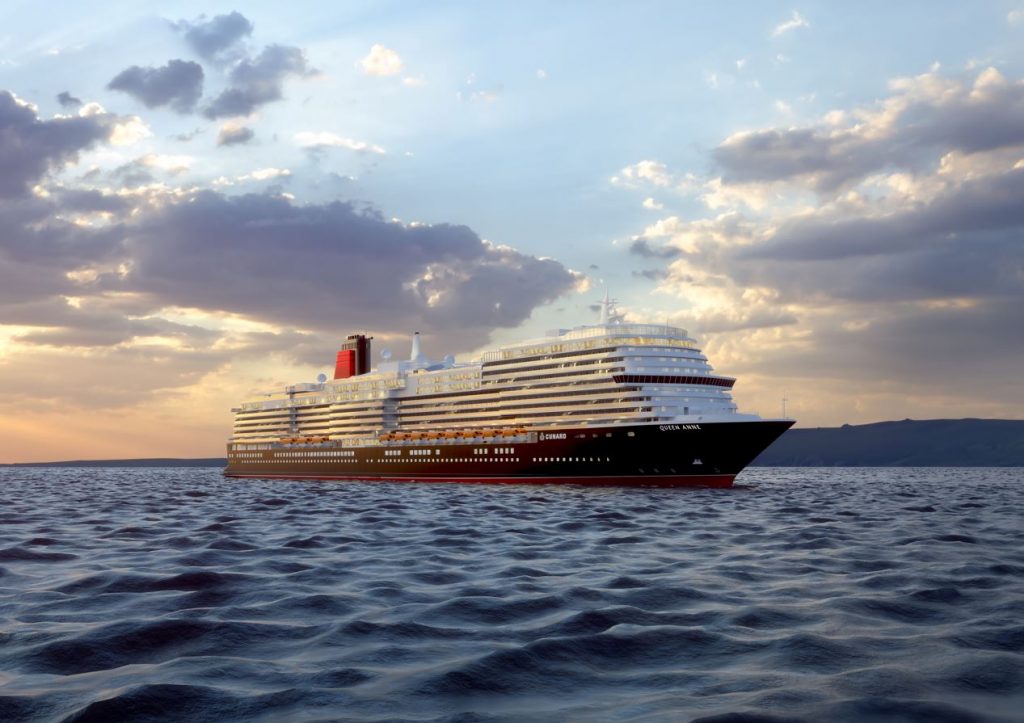 “It is so exciting that the fourth ship of the fleet will be named after Queen Anne. She has a fascinating tale to tell – one of queenship, unity of developing constitutional monarchy, a golden age of the arts,” Williams.

“She was an inspiring woman, wildly popular with her people. She should be celebrated. This new ship in the Cunard fleet is the perfect way to do it!”

Queen Anne was also the inspiration of the critically acclaimed 2018 film The Favourite which explores the relationship between the 18th-century ruler and her close friend and rumoured lover, Sarah Churchill.

Queen Anne will feature reimagined Cunard signature spaces as well as the introduction of new guest experiences within dining, culture and entertainment.

According to the line, Queen Anne will celebrate the influential design styles of both past and present and introduce an updated Cunard livery.

The décor will reveal bold colour tones and showcase a striking aesthetic, while in keeping with timeless sophistication.

“With design inspired by the past and set for the future, Queen Anne is the perfect way for our customers to rediscover the joy of exploration and travel again. We look forward to sharing more details in the coming weeks and months.”

Queen Anne’s maiden season programme will go on sale in May, with the ship’s first sailings in early 2024.

The news followed the launch of Cunard’s most prominent advertising campaign to date; “The Fine Line”. Check it out HERE.