This week’s Cruise Wrap is largely time-sensitive, so quickly slam your morning shots, espresso or otherwise, and make the most of a deal or two here.

Virgin Voyages has announced that its second ship, Valiant Lady (pictured above), will set sail on seven-night Mediterranean itineraries out of Barcelona, Spain when she debuts in May 2021.

Bookings for the three feature itineraries, which all offer overnight and late night stops across some of the hottest destinations in France, Italy and Spain, will open 19 December 2019:

Virgin Voyages also revealed that the name Valiant Lady was inspired by the Latin word valere and from the French origin, vaillant, meaning “bold”, “strong”, and “courageous.” 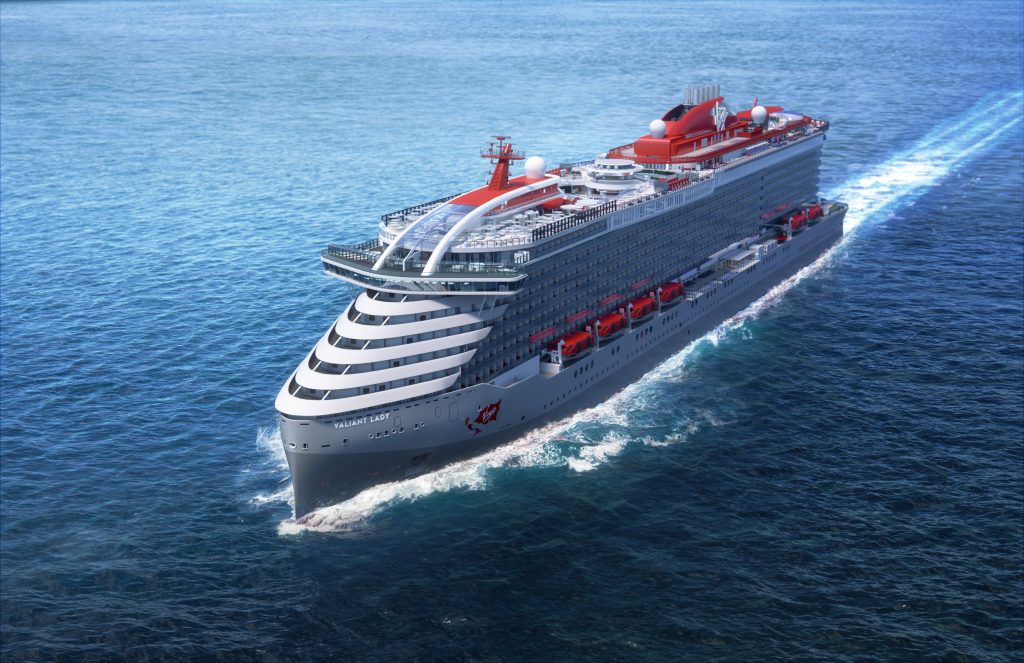 While historically, the image of women only graced the bows of ships to bring protection to a vessel, Valiant Lady embodies the idea that women design, captain, lead and champion change in the maritime industry. 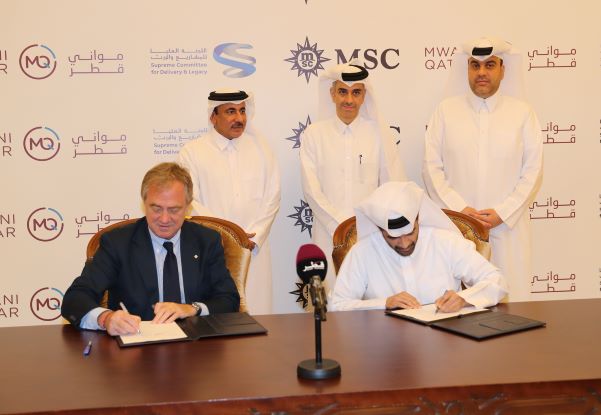 Under the terms of the agreement, the State of Qatar will charter MSC Cruises’ MSC Europa and MSC Poesia, which feature a combined capacity of 4,000 cabins, will act as floating hotels during the tournament, and will be berthed at Doha Port, giving fans a view of the West Bay skyline.

Scheduled for delivery in 2022, MSC Europa is currently under construction in Saint-Nazaire, France, and will be the cruise company’s first LNG-powered ship.

Chartering cruise liners for fans has reportedly long been a part of Qatar’s accommodation strategy, with the country keen to offer sustainable solutions for the month-long tournament, which will kick-off on 21 November 2022.

This week provides the last opportunity for travel agents to tell their story and be in the running to win at the 19th annual Cruise Industry Awards, presented by Cruise Lines International Association (CLIA) Australasia.

Nominations for the awards close on Friday, 22 November, leaving just a few days for CLIA member agents to put themselves forward or support their industry peers.

The annual awards are the biggest night of the year for the Australian and New Zealand cruise community and will be presented at a sold-out black-tie gala dinner at The Star Sydney on February 15, 2020, hosted by entertainer Tim Campbell.

A total of 11 categories are open for self-nomination or peer nomination, with awards for both Australian and New Zealand nominees.

From now, guests booking any classic Alaskan itinerary departing in 2020 or 2021 with Silversea Cruises will receive complimentary roundtrip economy air, or reduced business class air from just $4,998 per person.

Available until 3 January 2020, the offer applies to 28 itineraries between Seward and Vancouver on board the ultra-luxurious Silver Muse, and includes a complimentary private scenic glass dome train transfer from Anchorage to Seward.

Silversea’s flagship Silver Muse will sail between Vancouver and Seward between May and August/September in 2020 and 2021, transporting guests through regions of spectacular, untouched beauty. Guests will discover tranquil fjords, freezing glaciers, jagged peaks and evergreen forests, plus an abundance of endemic wildlife and characterful gold-rush-era towns.

To celebrate Black Friday, Silversea Cruises is also currently offering guests 50 per cent off their second suite when booking select voyages departing in 2019 and 2020.

Available on bookings made between 18 November and 13 December 2019, guests can enjoy unbeatable value when travelling to a range of destinations worldwide, including Asia, Antarctica, the Galapagos Islands, the Caribbean, and more. 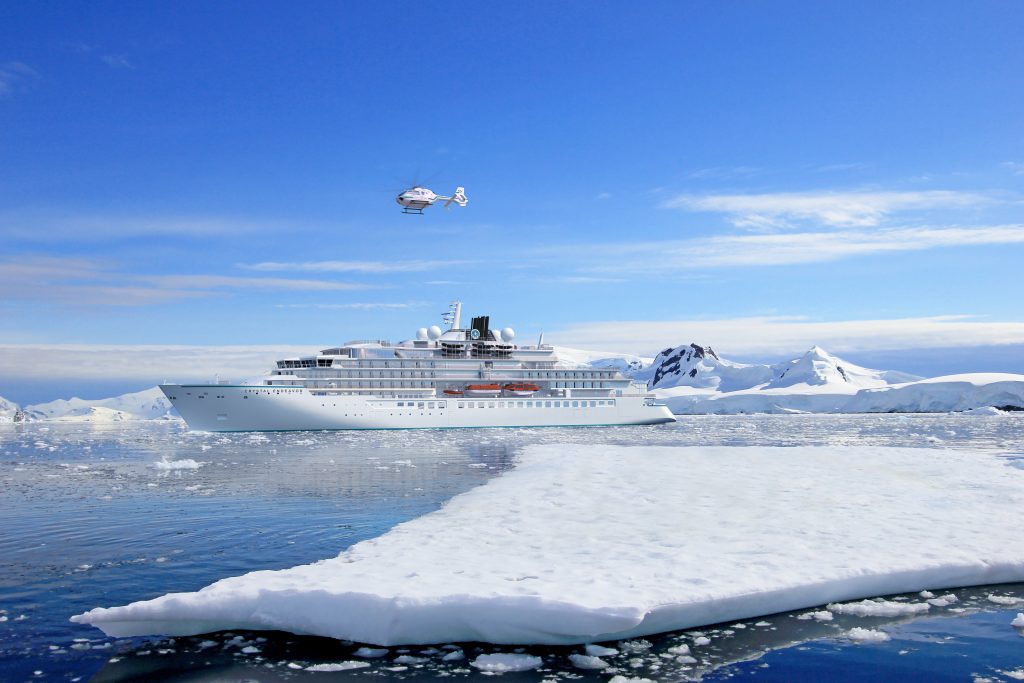 Travellers seeking bold adventurous journeys, immersive cultural connections and unexpected discoveries now have more options than ever at their fingertips, as Crystal Expedition Cruises opens the books for Crystal Endeavor’s 2022 and January 2023 itineraries.

Luxury voyages of nine to 19 nights will take discerning guests to the High Arctic and Antarctica, Svalbard, Iceland, Greenland, the Falkland Islands, and Chilean fjords and glaciers on designated ‘Remote Expeditions’, while ‘Cultural Discovery’ and ‘Destination Exploration’ sailings sail to Western Europe, the British Isles, Africa’s west coast, the Caribbean and Panama Canal.

Among the highlights of the new roster for Crystal Endeavor are a collection of voyages into the High Arctic, Norway, Svalbard, Iceland and Greenland; new ‘river explorations’ in Europe, along the Guadalquivir and the Loire rivers into Seville and Nantes, respectively, among others.

As part of its continued global expansion, Cruise & Maritime Voyages (CMV) has announced the launch of a dedicated cruise ship and product for the French market.

Croisières Maritimes et Voyages will have a new sales and marketing office in Marseille led by director générale, Clement Mousset, and will offer year-round cruises on board Jules Verne from both Le Havre and Marseille as of 1 May 2021.

CMV made the announcement at the Le Jules Verne restaurant in the Eiffel Tower in Paris with group commercial director, Chris Coates, who said CMV was filling the gap in the market between “mega, resort-ship operators” and niche luxury cruise lines.

The protest came after Garden Island, Port Botany was named the most suitable location – along with Molineaux Point – for a new terminal to solve Sydney’s cruise ship crisis in a 2017 report by NSW Liberal leader Peter Collins.

Chief executive of Port Authority NSW Philip Holliday said it is still early days on a decision, with the organisation and the government still preparing a “business case for potential terminals”, AAP reported.

Holliday has invited anyone with concerns over the proposed port to come forward to help the government make its final decision.

Does Canada just happen to be your fave overseas destination? Let the heart grown even fonder with this news.

Warren Entsch, pictured here schmoozing with ScoMo, has been busy gaining support for the cruise industry from his fellow MPs.