STUDY: These are the top travel destinations for Generation Z

Just when you thought you’d gotten your head around Millennial travellers, Generation Z is here to throw a spanner in the works.

Generation Z, those born between 1997 and 2012, are starting to grow up. And yes, it does make us feel old. The good news is, research shows this incoming generation of tech-savvy adventure seekers actually spends more on travel than any other generation.

Born into the Fourth Industrial Revolution, a post-9/11 world, the climate crisis, and a series of financial recessions, Gen Z-ers are known to be digital natives who value security, diversity, and autonomy.

So what does that mean for the travel industry? Nestpick has conducted a study to find out which cities have earned a spot in Z-ers’ bucket lists.

Nestpick conducted a poll over social media targeting 10,000 Gen Z-ers with 50 per cent from urban areas and 50 per cent from rural areas to find the top 15 travel destinations for Z-ers from the UK, the US, Germany, Europe (excluding Germany and the UK) and China.

What was unexpected for a generation which has been touted as an adventurous lot is the two stand-out cities among all the respondents were old favourites New York and Paris, with New York topping the list for the UK, Germany and the rest of Europe, while the US and China prefer the romance of the French capital.

Other cities that were prominent across the spectrum were Tokyo, Berlin, Amsterdam, Dubai, London, Hong Kong and Los Angeles.

Here are the full results: 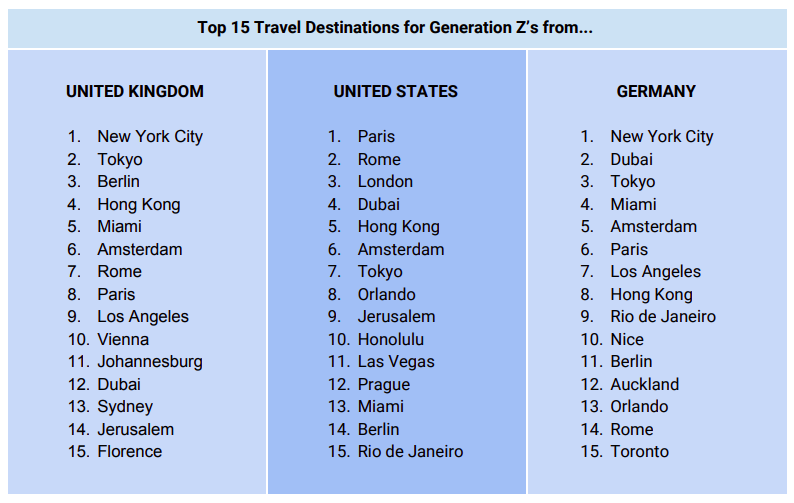 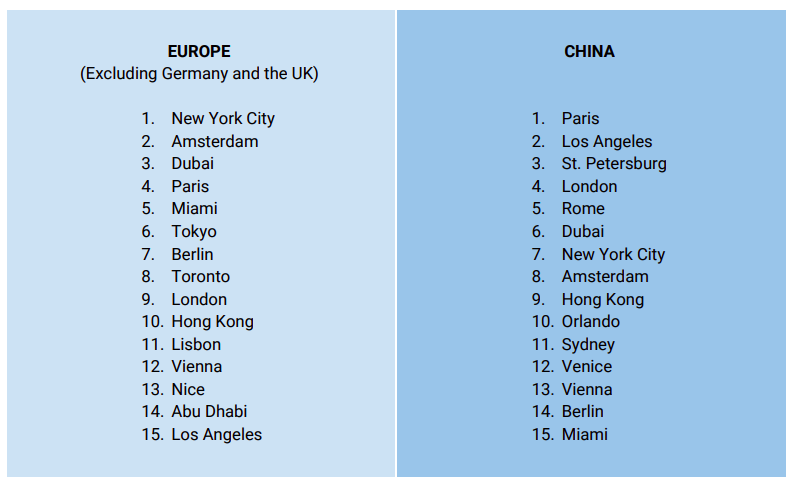 Brace yourselves, because next week’s trans-Tasman restart could trigger a whopping boost to travel bookings and not just for trips to visit our Kiwi neighbours.