Walking by rows of oak barrels in the dark corridors of a winery founded by her great-grandfather, Maria Jose Lopez de Heredia is reminded of her childhood.

"We played hide-and-seek here when we were children," the 46-year-old said.

Today, with her brother and sister, she runs the Rafael Lopez de Heredia Tondonia winery, one of the oldest and most famous in Spain's northern region of La Rioja, in the village of Haro.

"This is home," she said as she opened a black metal door leading into a storage room where spiders are allowed to live peacefully on their thick webs to protect the corks of bottles – some more than a century old – from parasites.

It is a home that is visited by 22,000 people each year, who explore the vineyards and its underground labyrinth that stores the 400,000 bottles of wine that are produced annually by the winery.

It is not alone.

Far from the beaches that bring millions of tourists to Spain, La Rioja has sought during the past decade to draw visitors to its numerous wineries, many featuring stunning contemporary architecture.

"It's great to discover a place like this, I did not know it before," said Bill Sherman, a 72-year-old wine lover from the US city of Atlanta, Georgia, as he sipped a glass of wine in the ultra-modern showroom-shop of the Heredia Tondonia winery.

Designed by British-Iraqi architect Zaha Hadid, the first woman to win the Pritzker prize, architecture's equivalent of the Nobel prize, the shop is a glass-faced structure shaped like a large wine carafe.

It sits in stunning counterpoint to the great-grandfather's old restored stone shop nearby, and is an example of how in the 2000s, before the collapse of a property bubble in Spain in 2008, wineries in La Rioja began to build architectural gems by star architects to help draw visitors.

At the Masques de Riscal winery in the heart of the village of Elciego, Canadian-American architect Frank Gehry has built a five-star hotel featuring huge titanium panels in his trademark curves.

The hotel – which has 43 rooms, a spa offering "wine therapy" and an exclusive restaurant – has boosted the reputation of the winery, which sells 5.5 million bottles a year, 70% of them overseas.

Less than 10 kilometres away at the Ysios winery, gigantic bars of aluminium form a wavy roof, mirroring the mountains in the background, on a long building made of copper stained cedar that resemble giant wine barrels.

Designed by Spanish architect Santiago Calatrava, the building opened in 2001, the same year the winery belonging to French drinks group Pernod-Ricard was founded.

"The architecture is just the wrapping – the wine is what matters above all else," the winery's spokeswoman Marta Gomez said.

The wineries, or "bodegas" as they are called in Spanish, designed by big name architects have given La Rioja "great visibility", regional tourism minister Gonzalo Capellan said, citing Britain, Germany and America as the country’s most interested in wine tourism.

“We export 150 million bottles to these markets each year. They want to know us, see where this bottle is born," Capellan said.

Today, about 80 wineries in La Rioja open their doors to visitors, compared with just a handful a decade ago.

"This is a natural resource which we had. We had to turn it into a touristic product. This involved a huge change in thinking," Capellan said.

This change has not always gone smoothly, said Ramon Estalella, the secretary general of the Spanish Confederation of Hotels and Tourist Lodgings.

"We have sometimes built very beautiful hotels, charming, but too small for the investment to be profitable," he said before recommending that wineries seek tourism experts for advice on how to move into the hospitality sector.

Lopez de Heredia of the Heredia Tondonia winery acknowledged there was a lack of experience.

"In our house we were trained as winegrowers, not as a tourism company. We are just starting," she said.

While visitors to the winery are gaining importance, Lopez de Heredia says they will “never supplant the work of the vineyard.” 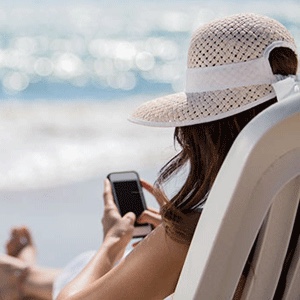 Workers not turning off while on holiday 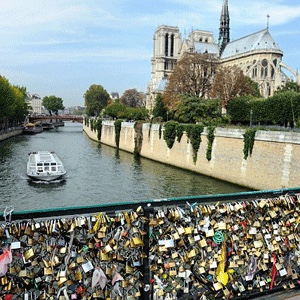 Paris pleas - say it with selfies, not locks