The hotel group currently counts 30 Parkroyal and PanPacific properties around the Pacific Rim with four of those in Australia. It owns the Pan Pacific in Perth, and Parkroyals in Sydney’s Darling Harbour, Parramatta and Melbourne Airport which have each recently undergone significant refurbishments.

Oceania general manager Craig Bond  told Travel Today that Australian expansion is on the agenda for the company as it grows its worldwide network of properties.

“We’re actively pursuing opportunities here in Australia – we see Australia as a growth market,” he said.

However, he highlighted the prohibitive cost of development in Australia as an obstacle, making management deals all the more attractive.

Specifically, Bond expressed a desire to establish Pan Pacific properties in Sydney and Melbourne, another Parkroyal in Melbourne, and properties under both brands in Brisbane.

“But the property needs to fit with us,” he added. “We won’t grow just for the sake of just sheer growth and seeing our brand on top of the door.”

PPHG’s ownership of its Australian properties “sets it apart” from other hotel firms, according to Bond.

“When you have a bit of skin in the game, you know how those management decisions can affect the bottom line a little bit more,” he said.

Since he took up his current position with PPHG last April, Bond has implemented a number of changes. Dedicated sales staff have been introduced at each property, while an area sales team has also been put together to give customers one point of contact for both Australian and outbound enquiries.

In September, the company will also launch a new website and booking platform to cater to the “phenomenal” number of direct bookings.

“It’s been two years in the making with millions of dollars invested,” Bond revealed. ‘It will enhance the experience of the consumer when they come to our site.”

However, he stressed the importance of the GDS distribution channel and its industry partnerships. 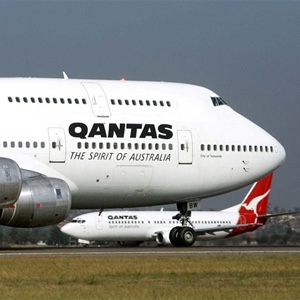