Tourist sites in France have sounded the alarm about overtourism and have found themselves implementing new ways to deal with it.

Some of the Calanques coves in Marseille and Corsica have limited tourist access due to erosion and villages struggling with mass tourism, such as Étretat in Normandy are rethinking how they handle tourists.

Shaï-Hannah Mallet-Bitton, an activist with the Étretat Demain association, wonders whether the cliffs of Étretat can handle its million visitors every year.

“Every year it gets worse, and it’s happening more quickly. I’m only 28 years old and even I can see how much the site has been degraded,” the activist told France24.

The sites find themselves with overflowing rubbish bins, hollowed-out hiking trails, more frequent landslides and nearly 400kg of pebbles a day getting carried away from beaches.

“After every big weekend, once all the tourists have left, the town is extremely dirty. When you visit the cliffs, you see papers everywhere, masks, cigarette butts,” Shaï-Hanah Mallet-Bitton said.

“We need tourism but a balance needs to be found. The tourists themselves would benefit the most.

“Many of them leave angry after having spent several hours in the car without being able to find parking, some place to eat, or toilets, because there isn’t enough infrastructure.

“This mass tourism satisfies nobody.”

Another local from the cliffs of Étretat, Jean-Baptiste Renié, an Étretat city councillor, is worried about the area’s wastewater treatment facility being pushed too far.

The facility was “not developed to handle the 5 to 6,000 visitors a day on top of the local population,” Renié said.

Marseille’s Calanques National Park now limits the number of people who can visit the Sugiton and Pierres Tombées calanques to 400 a day, according to France24.

Both sites have become more delicate due to ground erosion from foot traffic due to thousands of visitors in previous Summers.

This new trend towards ecologically aware travel has been described as “healthy” by Julien Buot, director of the association Agir Pour un Tourisme Responsible (“Act for Responsible Tourism”).

“There is growing awareness among local elected officials and tourism operators at all levels that we cannot wait until things get worse,” Buot said.

“The idea is to handle the situation early enough to prevent having to close the sites entirely.”

He pointed to the method of managing overtourism used by the Provence-Alpes-Côte-d’Azur region. It partnered with the Waze navigation app to suggest users return to the busiest sites at later hours.

Since the pandemic, many people in France have chosen to vacation locally instead of visiting foreign destinations.

“Some people decided to improvise as ‘wild adventurers’ out in nature, but they weren’t used to visiting natural areas and these sites weren’t prepared to host so many people,” Buot said.

A major factor influencing this overtourism is social media – in particular Instagram.

“Between the moment UNESCO listed a site and the moment tourists started to arrive en masse, there used to be a period of several years. We had time to prepare,” Buot said.

“Today, an ‘influencer’ can post a photo of a location from off the beaten track, and in a few weeks or even just a few days, the site will be visited by hundreds of people.” 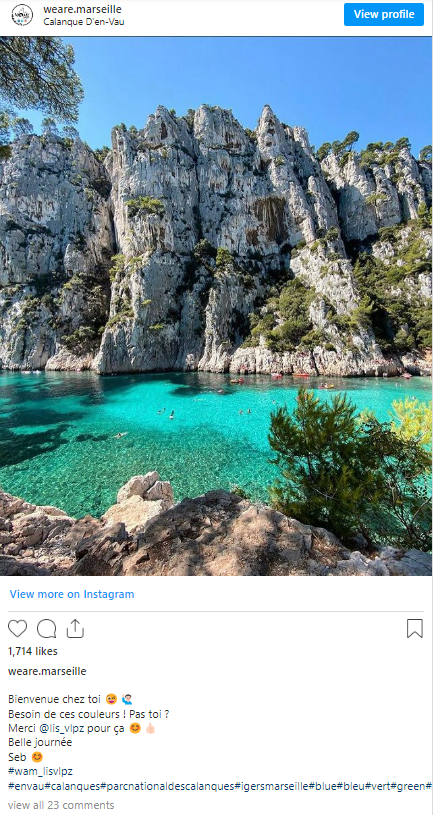 Similarly, an American traveller recently fell into Mt. Vesuvius while trying to take a selfie on the ledge of the mountain recently.

Here’s hoping Gwyneth doesn’t bring along her infamously intimate candle collection. Although, it could make for some interesting ice breakers for social cruisers.