World-renown high-wire walker Blake Wallenda, from The Flying Wallendas family, has made history by completing a tightrope walk between two hotel towers 15 storeys up.

The skywalk at Ala Moana Hotel by Mantra earlier this week was Wallenda’s most daring act to date, and a first for Hawaii.

There was no tether or net for Wallenda as he travelled between two of the hotel’s buildings on a 60-metre-long, 1.5-centimetre-wide wire while battling wind gusts of up to 50 kilometres per hour.

The event was staged to launch The Super American Circus tour in Hawaii, which features Wallenda as one of the headline performers.

The audacious act also marked the beginning of Ala Moana Hotel by Mantra’s 50th-anniversary celebrations. 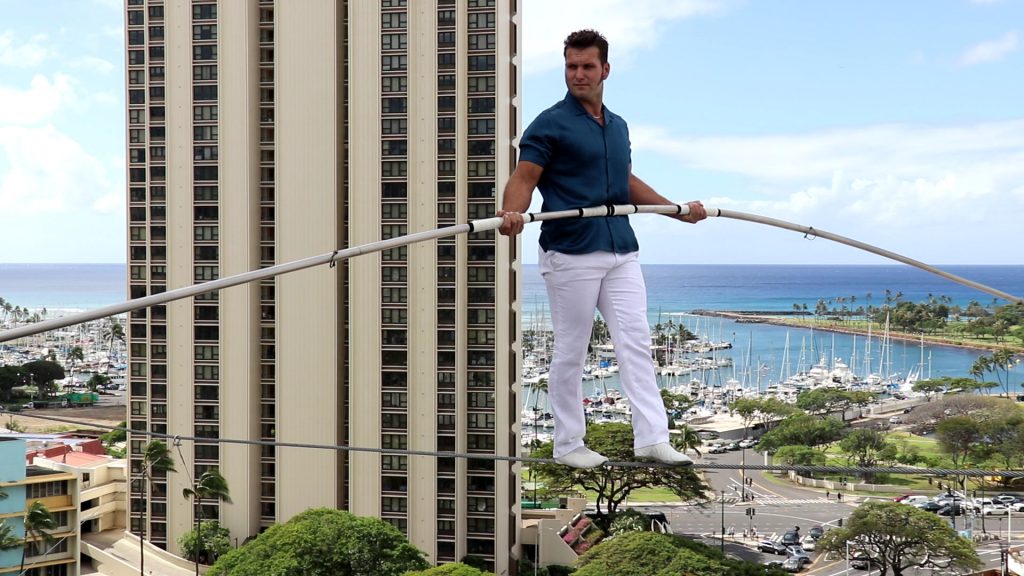 “This year, our hotel celebrates its 50th anniversary and we are very proud to continue our commitment towards supporting family events that showcase world-class performances in our local community,” general manager Glen Erickson said.

“We are very excited to bring to life a revitalised sense of adventure and limitless possibilities to the next 50 years of this landmark hotel – a sentiment which is in line with Accor’s new lifestyle loyalty program, ALL – Accor Live Limitless.”

Situated in Honolulu, just a short stroll from the inviting waters of the Pacific and beside the world’s largest open-air shopping mall, Ala Moana Hotel boasts more than 1,000 guest rooms, each with free WiFi and either mountain, city or ocean views.

A host of dining options exist within the hotel, including a restaurant on the 36th floor, as well as its own nightclub and bar.

Ala Moana Hotel by Mantra also offers more than 14,000 square feet of flexible meeting space, up to nine meeting rooms, WiFi and satellite conference facilities, and is just a short stroll to the Hawaiian Convention Center.