One thing Travel Weekly can guarantee with this Cruise Wrap is you won’t feel seasick while reading it – unless you’re on a ship, of course.

Royal Caribbean International’s iconic Oasis of the Seas has made a splash in its return to South Florida with a $165 million new look.

Oasis is now sailing seven-night Eastern and Western Caribbean cruises from Miami before heading to the Big Apple in May 2020, where it will become the first of its kind and the largest cruise ship to sail from the area.

The newly amplified Oasis also sets sail with the Royal Caribbean International mobile app. Guests can now check in for their cruise holiday from their phone, and once onboard, enjoy a line-up of capabilities.

Oasis is the first of the cruise line’s renowned Oasis Class – the world’s largest cruise ships – to be modernised as part of the ‘Royal Amplified’ fleet modernisation effort, an investment of more than $1 billion across 10 ships in four years.

Cruise Lines International Association (CLIA) has announced that Singapore Airlines (SIA) has come onboard as an new executive partner.

SIA will also be the headline sponsor at the 19th annual Cruise Industry Awards on 15 February 2020.

“Singapore Airlines operates at the heart of a region that offers enormous potential for cruising, connecting the rapidly developing destinations of Asia with the thriving cruise markets of Australia and New Zealand,” he said.

“As the world’s number-one rated airline on TripAdvisor two years running, Singapore Airlines is an exceptional partner for the cruise industry and an important link to cruise destinations across its global network.”

Silver Muse returns for longest-ever season in Australia and NZ 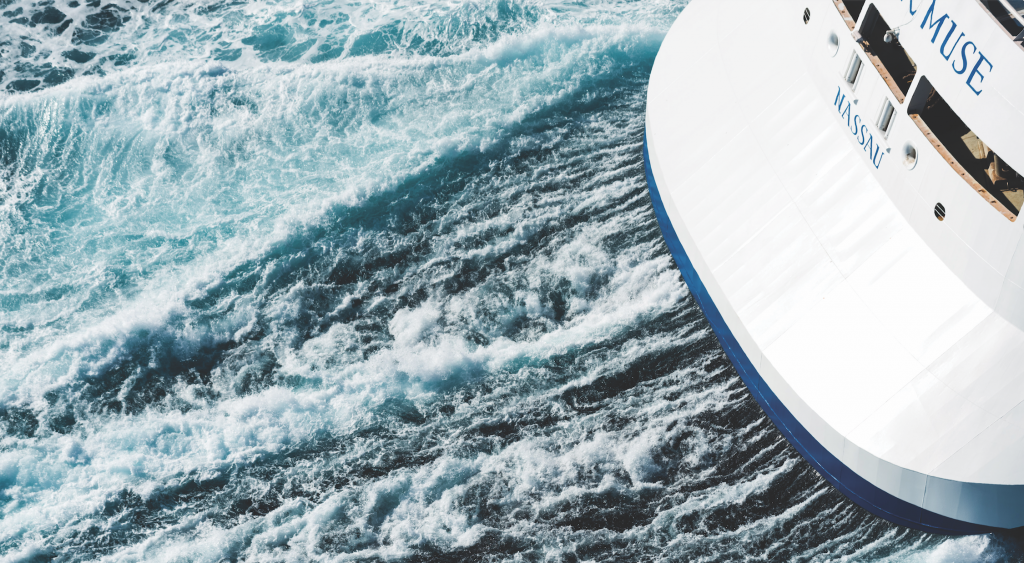 Last week, Silversea’s flagship vessel, Silver Muse, departed Singapore for Sydney, returning to Australia and New Zealand for her longest season to date. Currently in Bali, Indonesia, she will arrive in Sydney on 5 December 2019.

The luxurious Silver Muse will stay in the Australia-Pacific region until the end of March, transporting guests in complete luxury on numerous sailings between Auckland and Sydney, including maiden calls in Hobart, New Zealand and the Pacific Islands.

Silver Muse’s next port of call will be her first in Australia for the season. Arriving in Darwin on 25 November, she will set sail along Australia’s east coast, making ports of call at Cairns, Townsville and Brisbane, before sailing under the harbour bridge and into Sydney.

Offering guests a home away from home, the luxurious Silver Muse will sail between Sydney and Auckland, transporting guests in understated Italian elegance which is apparent onboard each of Silversea’s intimate vessels.

Crystal has launched a new weekly podcast series, Crystal Storytellers, becoming the first cruise line to offer an enrichment series to audiences beyond its ships.

Each episode of Crystal Storytellers features an expert guest speaker from a 2019 Crystal voyage in conversation with the ship’s cruise director about their respective areas of expertise, as well as highlights of their Crystal voyage and anecdotes about their careers and personal interests.

The first episode from the inaugural season featuring Kathy Reichs, novelist and TV producer of the hit series Bones, is currently available on the Crystal Insider blog, Spotify, Stitcher, and TuneIn (available through the Alexa app).

The Vikings are coming! 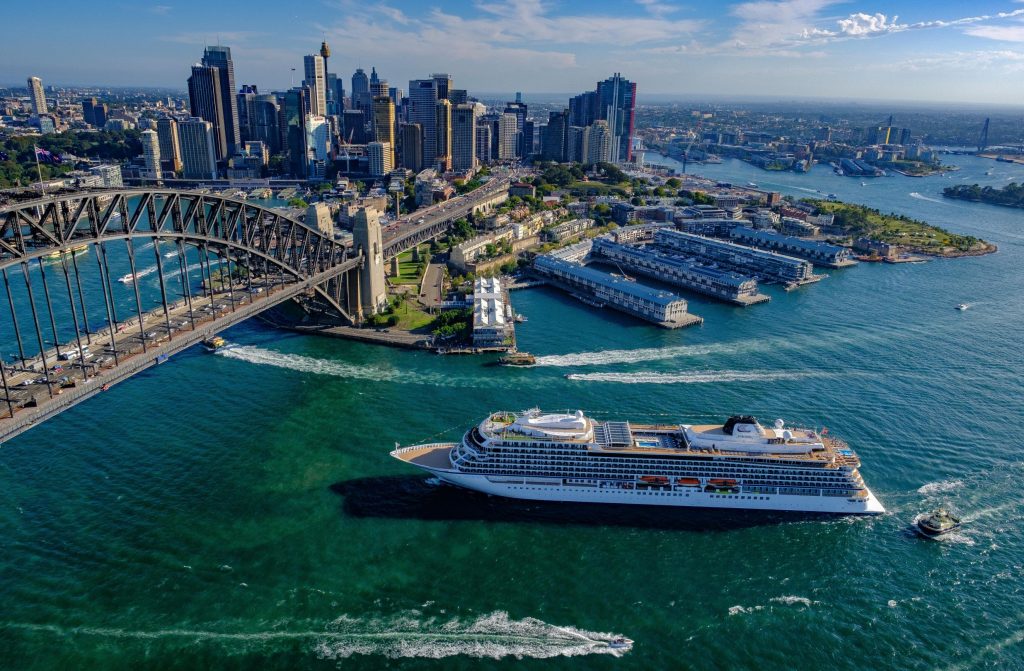 The countdown is on for the return of Viking to Australian waters from December 2019. The line’s third year of operating in Australia and New Zealand will be heralded by the arrival of two of its fleet of award-winning small ships, Viking Orion (pictured above) and Viking Sun.

December 2019 will mark Viking Orion’s return to her seasonal Sydney and Auckland home ports for the second year in a row, from where she will offer eight local cruises over three months.

Meanwhile, sister ship Viking Sun will visit Australia in February 2020 for the third time, as she circumnavigates the globe on her Guinness World Record-setting ‘Ultimate World Cruise’, an extraordinary 245-day voyage which is the longest continuous passenger cruise on record.

Together, the two state-of-the-art, 930-guest sister ships will call at 10 Australian ports and seven New Zealand ports, including major cities like Sydney, Melbourne, Brisbane, Auckland, and Wellington, as well as smaller destinations like Thursday Island, Cairns and the Whitsundays.

Viking Sun and Viking Orion will offer guests no less than 16 overnight stays on Australian and New Zealand shores. 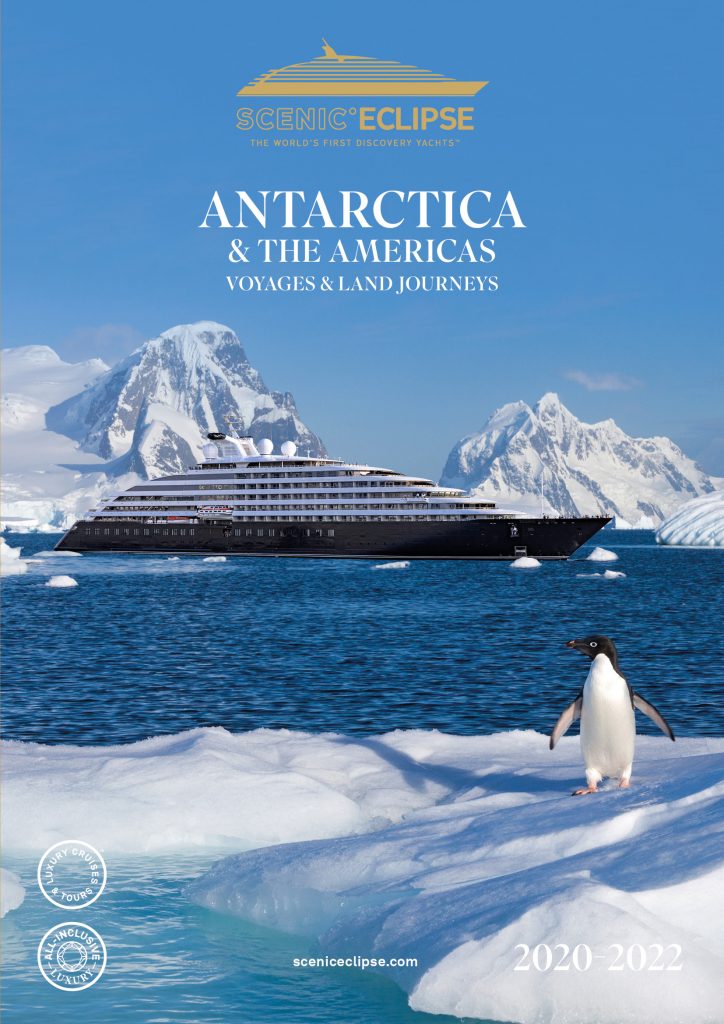 To mark the release of the new brochure, Scenic is offering a 10 per cent early bird saving off cruise and suite upgrade when combined with a land tour.

Hurtigruten has introduced its ‘Follow The Lights’ escorted journey – a stunning adventure from Oslo to Helsinki taking in the Norway in a Nutshell tour, the northbound Original Coastal Voyage and a land tour through Finnish Lapland to Helsinki and medieval Tallinn in Estonia.

This northern winter adventure provides the perfect opportunity to see the Northern Lights, and Hurtigruten is the only company to be promising guests that they won’t miss out on seeing this extraordinary natural phenomenon (terms and conditions apply). 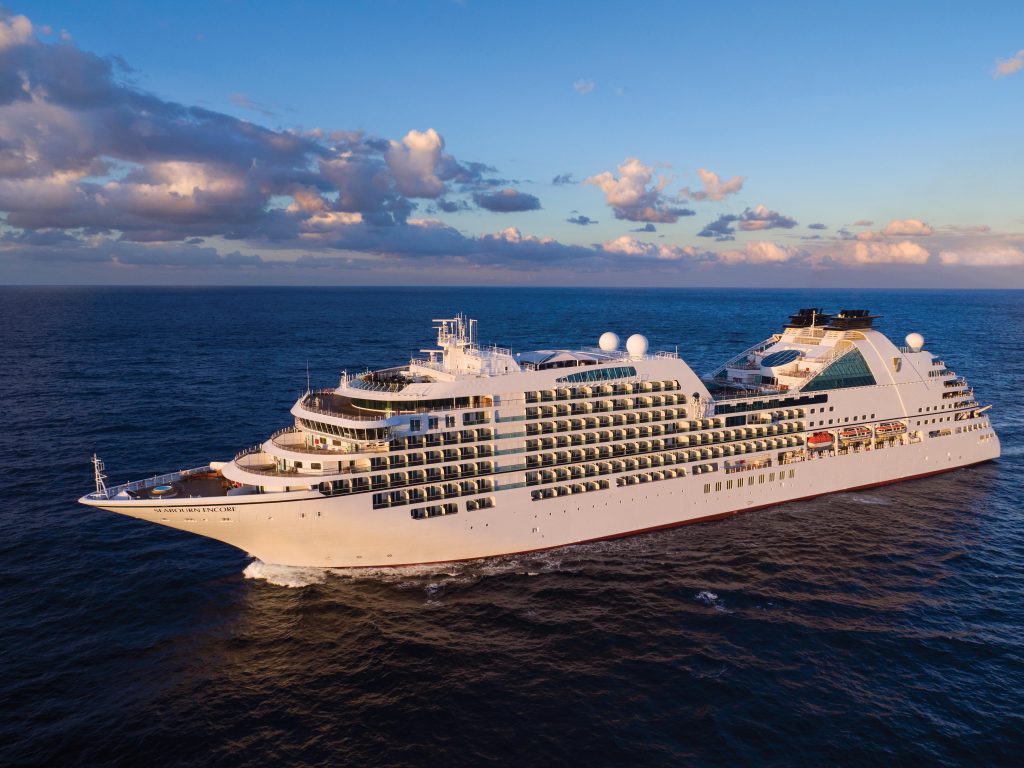 Seabourn is offering travellers extraordinary worldwide itineraries from 2020 through 2021 with more than 60 unique sailings.

Each sailing will invite guests to explore the unknown, while offering ultra-luxury onboard, including dinner at The Grill by Michelin-starred chef Thomas Keller, and a curated spa and wellness experience from Dr Andrew Weil.

P&O Cruises has brought to life its brand positioning ‘Like No Place On Earth’ with a new campaign.

The hero TV commercial is underpinned by an online video series and social campaign. The campaign will be followed by a retail offer as the category moves into the wave sale period.