International Airlines Group (IAG) has announced that Luis Gallego will succeed Willie Walsh (pictured above) as group CEO on 24 September.

IAG chairman Antonio Vazquez said: “We announced in March that Willie would delay his retirement for a short period.

“We can confirm today that Luis Gallego will take over the leadership on 24 September, the expected date for IAG’s AGM, when Willie will step down as CEO.

“We are grateful that Willie delayed his retirement at this challenging time providing the airlines’ management with the necessary stability to focus on the immediate response to the crisis. We look forward to working closely with Luis in his new role.” 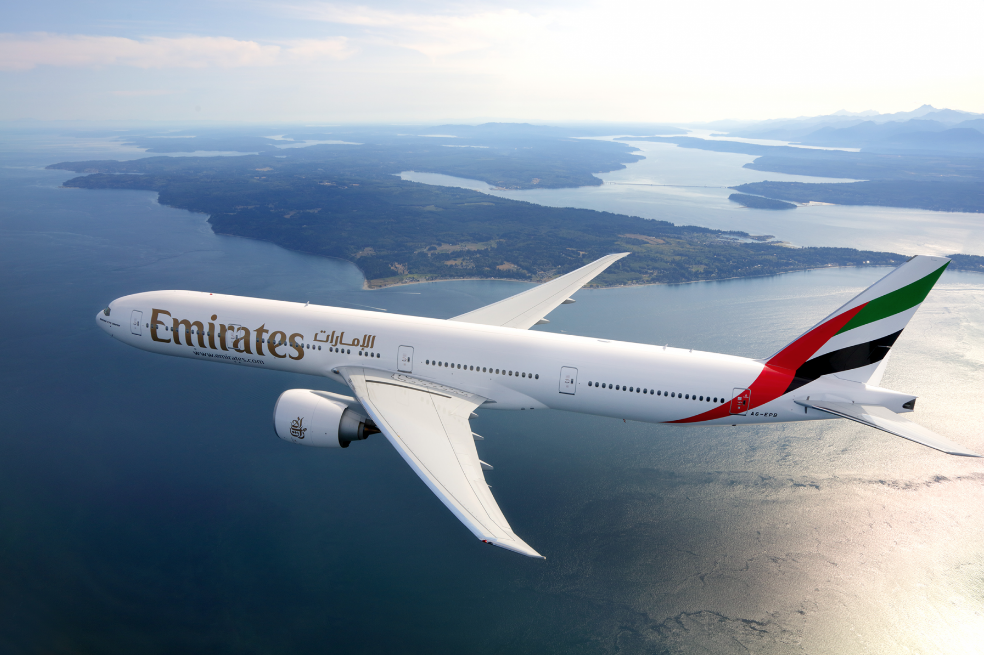 The airline will also offer connections in Dubai for customers travelling between the UK and Australia.

Meanwhile, Emirates SkyCargo has announced the expansion of its global network to now cover 75 destinations across six continents, including Australia.

Qatar Airways has announced it will be resuming services to Brisbane with three-weekly flights starting from 20 May.

The flights will be operated by an Airbus A350-1000 offering 46 seats in business class and 281 seats in economy, and will connect through the airline’s state-of-the-art hub at Hamad International Airport.

In response to the COVID-19 pandemic and the new normal for travelling, McCarran International Airport is now providing a new option to help passengers protect themselves and others.

The airport claims to be the first of its kind to install PPE vending machines from which travellers can purchase items like gloves and hand sanitiser.

A new option to help protect yourself and others while traveling. LAS was the first airport to install PPE vending machines from which travelers can purchase items like gloves and hand sanitizer. These machines can be found in T1 ticketing and near the T3 TSA checkpoint. pic.twitter.com/1suaVel412

US carrier United Airlines has announced the promotion of Brett Hart as its new president, in line with the company’s leadership succession plan announced in early December.

Hart, who is currently United’s executive vice president and chief administrative officer, will commence his new role on 20 May.

New Zealand’s national carrier has revealed the ways it is planning to keep customers and employees safe, with more flights taking to the skies when the country enters Alert Level 2.

The airline plans to operate around 20 per cent of its usual domestic capacity compared to pre-COVID-19 levels during Alert Level 2, with flights to the majority of its domestic airports.

Among Air New Zealand’s new measures are social floor markers for queuing at our check-in counters, service desks, bag drops and departure gates; allocating seating to allow an empty seat between customers travelling alone; and the scrapping of food and beverage services until at least 25 May.

After a strong performance for the first nine months, Singapore Airlines has swung to a S$212 million ($229.2 million) loss in the full year to 31 March 2020, compared to a S$683 million ($738 million) profit in the previous financial year.

The airline’s total revenue fell 2.1 per cent to S$1.6 billion ($1.7 billion) over the 12-month period, compounded by a sharp 21.9 per cent drop in the fourth quarter due mainly to the COVID-19 pandemic.

In response to COVID-19, Cathay Pacific has implemented several measures to ensure the health and safety of its passengers and crew.

The airline is also temporarily introducing the requirement for all travellers and crew members to wear face masks in situations where physical distancing of two meters cannot be maintained.

To communicate the update, Cathay Pacific has shared an image of its aircraft wearing a mask. 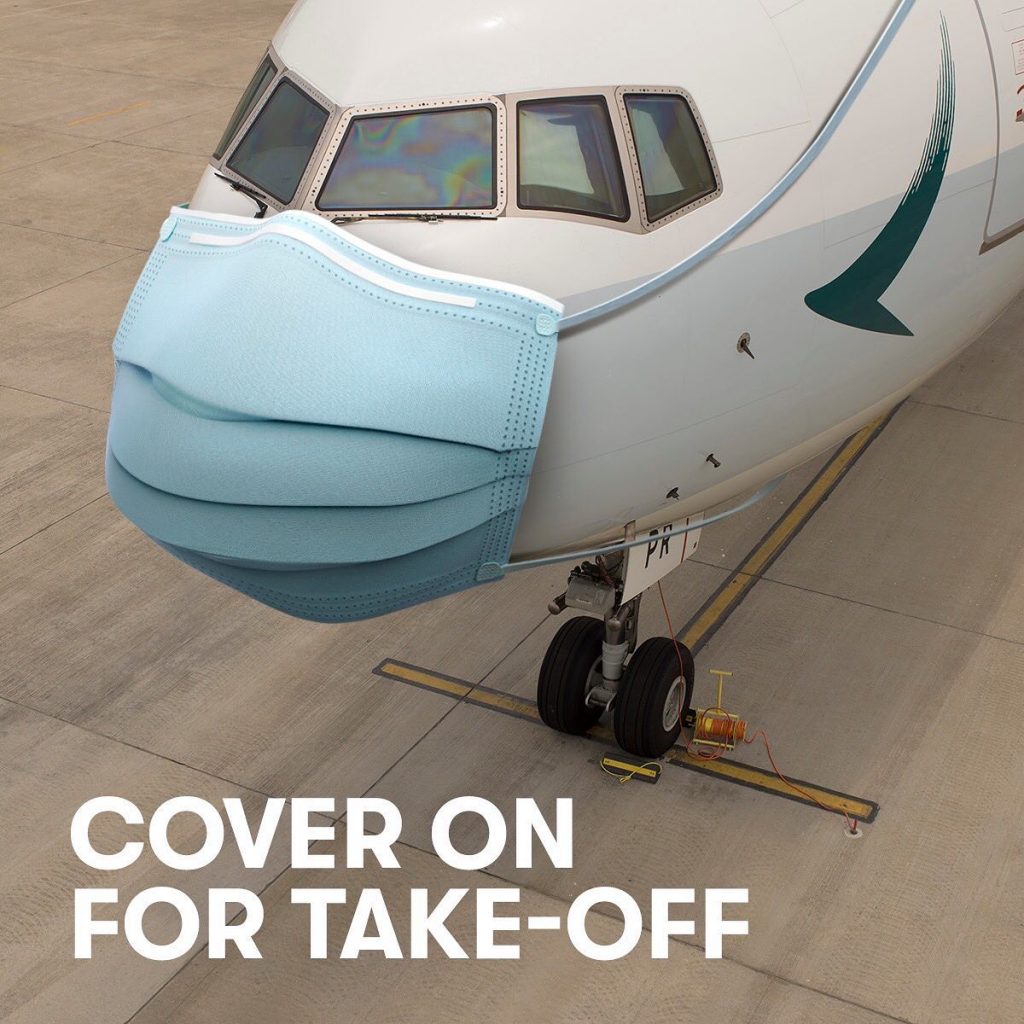 Working across the industry, Delaney’s team will work to develop new solutions to help minimise air travel health risks amid the COVID-19 pandemic and drive awareness of health safeguards already in place.

Delaney brings 31 years of Boeing experience to the role, including previous executive leadership positions in airplane development and engineering, and currently serves as vice president of digital transformation for Boeing Commercial Airplanes.

With an extensive package of measures to protect against infection, Munich Airport is preparing for a rebound in air traffic and increasing passenger figures.

Travellers through the airport will be informed of rules of conduct through regular announcements, posters, video screens, and a heavier staff presence.

The frequency of cleaning will be increased and surfaces will be disinfected in all areas of the airport where passengers linger. Hand sanitiser dispensers will also be provided for passengers.

Passengers and employees are now required to wear face masks at Munich Airport, at the direction of authorities in Germany, and applies in all airport terminal buildings.

At check-in, the security check, and in other areas where passengers can become backed up, lines and floor markings are used as wayfinding to ensure passengers adhere to the minimum distances. Plexiglas panels have also been installed wherever passengers and employees are in direct contact.

In order to prevent lines from forming, all passengers are advised to check in online if possible. Munich Airport is also offering vending machines for passengers in Terminal 2 that can be used to purchase face masks, disinfectant wipes and other sanitary products. 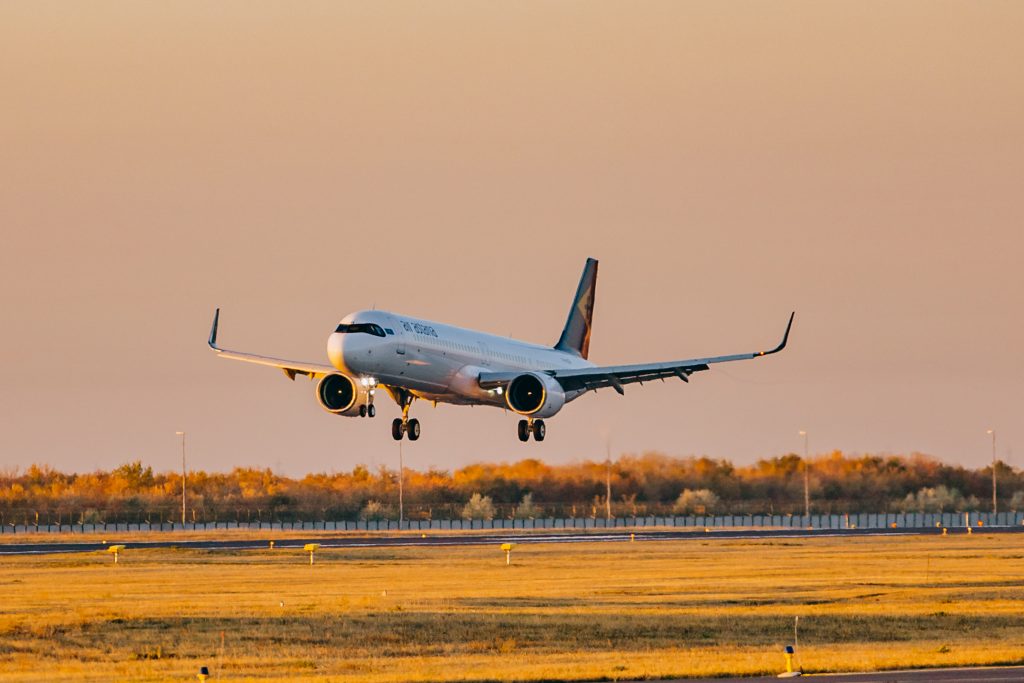 Kazakh flag carrier Air Astana is marking its 18th anniversary with the resumption of some domestic services, and expects to be operating approximately 30 per cent of its pre-crisis network by the end of May.

Peter Foster, president and CEO of Air Astana, said: “The present challenge is immense and we don’t expect some of our markets to improve for many years.

“However, our track record of strong operational performance and financial results will enable us to strengthen our position in both Kazakhstan and the region when the recovery comes, as it will.”

Finnair adds frequencies and routes to its network

From July, Finnair will gradually add frequencies and routes back to its network. The airline will review its schedule on a monthly basis and will update it as travel restrictions are removed and demand starts to recover.

“Our intention is to operate approximately 30 per cent of our normal amount of flights in July, and we will also start long-haul flights to our key Asian destinations. We will then add routes and frequencies month by month as demand recovers.”

Finnair has also introduced new measures on board and at the airport to protect the health of its customers.

Hahn Air has announced the appointment of longstanding executive Mathieu Montmessin to lead its news research and development (R&D) department.

Montmessin has previously been in charge of Hahn Air’s product portfolio and generating sales for its partner airlines with the solutions HR-169, H1-Air, X1-Air, HR-EMD, and HR-Corporate.

Italian borders to reopen for Europeans in June