Borneo. Just the name conjures images of tangled thicket, ambushing tribes, headhunters and odd-looking wildlife. No other geographic location comes with such an exotic cachet attached. The World Wildlife Fund (WWF) states that three new species are found on average every month in Borneo. In the 15 years from 1995 to 2010, 500 new species were identified. Such is the significance of the Borneo wilderness.

If you had looked at Borneo via satellite before 1950, you would have seen an island of lush green. Today, many of the trees that made Borneo so rugged have been felled. Illegal logging has a lot to answer for, with 56% of protected tropical rainforest in the Indonesian state of Kalimantan wiped out between 1985 and 2001. Palm oil production is a growing threat with 85% of the world's plantations located in Indonesia and Malaysia.

The small sultanate of Brunei, however, remains the exception on the satellite images; a darker patch of green set amid the increasingly barren geography of Borneo. More than 70% of Brunei is primary rainforest, of which 32,000 hectares are forest reserves and 50,000 hectares are national parks. So, how has Brunei managed to maintain pristine tracts of virgin rainforest?

It can't hurt that Brunei is the fifth richest country in the world according to Forbes magazine. It all began with the discovery of oil in Padang Berawa back in 1929. Black gold flowed freely in those heady early years of oil prospecting and Brunei's wealth grew rapidly. "This created a lot of possibilities for the government, especially for the protection of the rainforest and the setting up of new departments that are related and acted as a police in maintaining the rainforest," Freme Travel Services Brunei inbound tour manager Sugumaran Nair told Travel Weekly.

Brunei was also involved in the WWF's Heart of Borneo agreement, a project that conserves 220,000 square kilometres of rainforest, which amounts to a third of the island. This network of protected areas as well as sustainably managed forest is adhered to by Brunei, of which Ulu Temburong National Park is a signatory.
Ecotourism is a crucial aspect of Brunei's pulling power. Rapid urban development as well as population growth is sure to put some strain on these eco values, however, Nair is optimistic about ecotourism's future. "The government of His Majesty highlighted the established policy in preserving the natural environment in Brunei and to diversify Brunei's economy, particularly in tourism," he said.

There are six natural areas in Brunei that are protected reserves. The government has also worked to maintain wildlife zones near urban areas. They have protected mangrove forests near the water villages and the Damuan River is home to the proboscis monkey as well as saltwater and false gharial crocodiles – a lure to tourists and a boon for the local tourism industry.

Protection laws are well enforced too, meaning that the perils of illegal logging and wildlife trade are not problems faced in Brunei. The citizens are also cushioned by a social welfare system, no tax and high employment. The incentive to exploit nature simply doesn't exist.

Respect for the rainforest starts with education in Brunei, and it is part of the school syllabus. Nair said that students at the University of Brunei Darussalam established the Brunei Nature Society and take part in tree-planting activities.

There has been much speculation about the future of Brunei's environment if the oil and gas resources expire. Nair acknowledged there has been "huge hype" regarding this issue. The government has looked at alternatives, one of which is the abundance of silica sand in the Tutong district. Overseas investors are very interested in this resource which is used to make silicon microchips.

The carpet of green is best observed in Brunei's Ulu Temburong National Park. While it's no satellite perspective, the canopy walkway comes close enough. At 60 metres and 610 steps into the atmosphere, 360 degrees of green is your reward – a view that becomes rarer and more diminished in the rest of Borneo by the second. 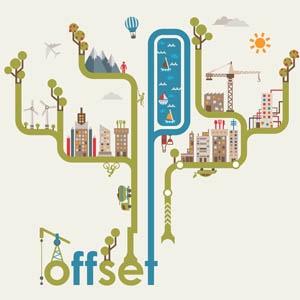