STUDY: More than 2m overseas holidaymakers ready to be wooed by domestic tourism

According to Roy Morgan, that number is how many people who, as recently as March, were planning to head off on an international jaunt in the next 12 months.

It reveals millions of nights were to be spent internationally, which are now potentially convertible into travel within Australia, to the benefit of local and domestic travel professionals.

“For obvious reasons, overseas holidays from Australia tend to be significantly longer than trips within the country,” Roy Morgan CEO Michele Levine said.

“Our findings show that as of March, almost 2.2 million Australians – 10.5 per cent of the adult population – were intending to holiday overseas in the following 12 months.

“That’s a lot of people, but it pales next to the 10.5 million – just over 50 per cent of the population – who were planning a domestic holiday.” 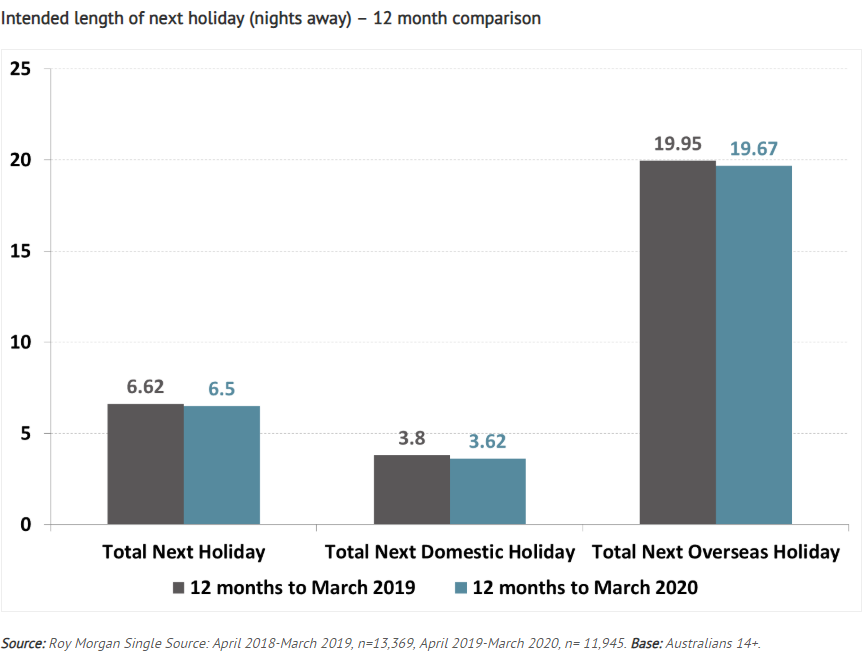 According to Roy Morgan, domestic holidaymakers intend to spend less than four nights away, on average, whereas those planning overseas trips were intending to be away for almost 20 nights – more than five times as long.

“COVID-19 hasn’t only closed our borders to non-essential travel; it has also brought widespread economic hardship and many people have been forced to change their holiday plans as a result,” Levine said.

“But there is still a major opportunity here for Australian travel and tourism operators, who have been hit particularly hard by pandemic-related restrictions.”

Looking at the number of Australians who intended to travel overseas and at their planned holiday duration, Roy Morgan found that, in total, 43 million nights would have been spent overseas before the COVID-19 pandemic.

“If even half of those nights are converted into local travel, it will be a huge boon to the domestic industry,” Levine said.

“Canny operators will present these thwarted travellers with options for trips that are longer than the usual close-to-home weekend getaways in order to more closely match the plans they have had to abandon.”

Airbnb encourages Aussies to ‘Go Near’ with new campaign

To celebrate its birthday, the airline is turning the tables and giving its passengers gifts. Nobody tell them it’s supposed to be the other way around.