A new “super-low-cost” airline has popped up in Iceland claiming it will charge for toilet paper and provide select flights exclusively for those infected with COVID-19.

The carrier is called MOM Air and sports a livery that is eerily similar to the also Icelandic and now-defunct WOW Air. In fact, its logo appears to be the WOW logo upside down.

But the WOW homage isn’t the only unusual thing about the airline. According to its website, all in-flight services will be optional, and we mean ALL.

Besides that, the airline’s CEO and founder, Oddur Eysteinn Friðriksson, who happens to be a performance artist, has revealed the airline won’t carry life jackets.

Friðriksson was wearing a purple eyepatch and was surrounded by beer cans and pringle packets when he fronted the press on Wednesday, claiming life vests are yet to save a single life on aircraft and with each weighing two kilograms, he thinks passengers should bring their own or go without. 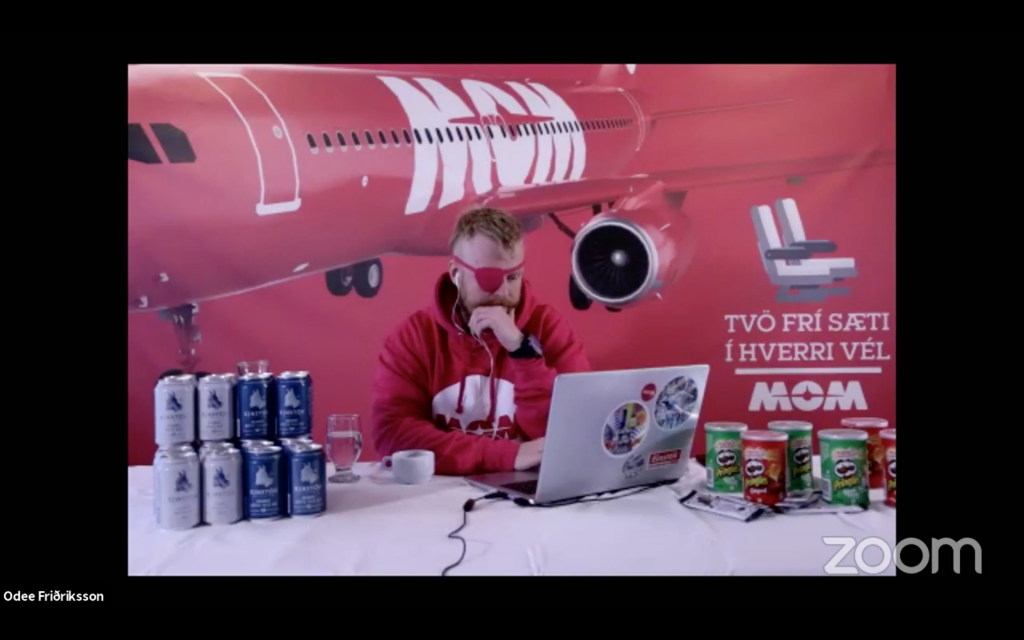 It is details like this that have led many people online to claim the airline is a hoax or a piece of performance art, particularly given the CEO is a literal performance artist.

But the airline said in a press release that these claims are “FAKE NEWS” and that it is not a performance or a joke.

In fact, it is being reported that the airline has raised $40 million so far from investors and plans to launch in March next year with a fleet of six leased Airbus A320neo aircraft.

It also has some pretty interesting concepts for when it comes to COVID-19, claiming it will offer “COVID and non-COVID flights”, meaning those who are quarantined and infected can travel together in a specially marked aircraft.

Plus something called a “floating flight” that allows passengers to check-in for a time and destination then be notified at short notice when seats become available.

If it is not a hoax, the airline will fly to London, Paris, Berlin, Rome, Copenhagen, Oslo, Stockholm, New York, Washington, Boston, Toronto, Dublin and Glasgow.

The airline is switching up its inflight menu to highlight the finest local produce and show meals are anything but plane at 40,000ft (geddit?).