Florists are rejoicing, restauranteurs are bracing themselves and boxes of chocolates are about to be on special.

Whether you love to indulge in Valentine’s Day’s romantic festivities, plan to spend the night in watching rom-com with a bottle of wine, or want to kick over every flower stand you pass. we’re sure there will be something in our wrap up of industry celebrations that’ll make you smile.

Or fuel your rage. Either way, it’ll at least help you kill a bit of time before Friday knock-off drinks. 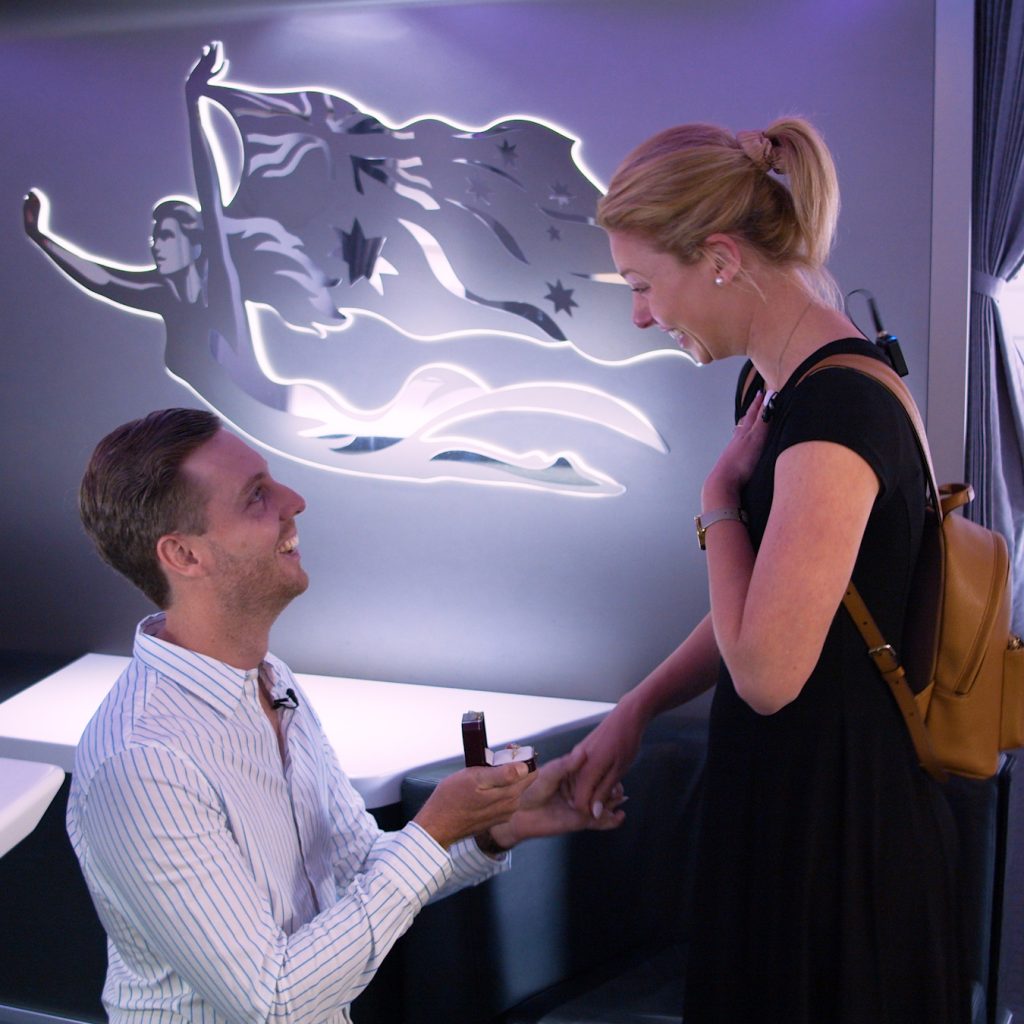 A very happy couple have shared a super cute moment onboard a Virgin Australia flight, when they became engaged mid-air.

28-year-old Clay Knight decided to get down on one knee in front of long-term partner, Samantha Lee, also 28, on-board a Virgin Australia flight to Los Angeles where the couple planned to visit Knight’s mother for her 60th birthday.

“Samantha and I have been in a long-distance relationship since meeting on a ski trip in Japan five-years ago, which involved fortnightly flights on Virgin Australia between Brisbane and Adelaide – where Samantha lived at the time,” said Mr Knight.

“We’d often say we spend more time on planes and in airports than together, so it made sense to somehow involve a plane for the proposal, but I never thought in my wildest dreams it’d be possible,” Knight said.

“While proposing at an airport or on a flight is a unique setting, we estimate that at least one guest each week proposes on our flights and in our Lounges & terminals – love is certainly in-the-air at Virgin Australia,” said Adam.

Virgin Australia is also celebrating Valentine’s Day by giving-away a romantic holiday for two to Hamilton Island, including return economy airfares, and two nights’ accommodation at the island’s adults-only Beach Club, plus a scenic helicopter flight over Heart Reef, valued at up to $3,000.

To enter, simply go to the Virgin Australia Facebook page and comment on the Valentine’s Day video telling the airline in 100 words or less the most romantic reason you’ve flown for your loved-one.

Imagine being flightless and mate-less. We’ve given takahē wings to get them where they need to be, but we need your help with their dating game… #ValentinesDay #AirNZPreciousPax 🥰😂

Valentine’s Day can be a lonely time for humans, but imagine being one of only 418 birds in the world when the day rolls around. As part of its ongoing partnership with the Department of Conservation (DOC), Air New Zealand has shared a tongue-in-cheek social media post for Valentine’s Day as part of a wider campaign to raise awareness about the plight of native birds.

On its social media channels, the airline suggests a charming way for a lone takahē to meet a mate in order to encourage the population to grow: online dating. The lighthearted piece has a serious message at its core – New Zealand’s biodiversity is under major threat, and the airline, in partnership with DOC, has been involved with transporting threatened species to new homes since 2012.

Air New Zealand’s General Manager Global Brand and Content Marketing Jodi Williams says takahē are alluring, loyal animals and the airline wanted to play off this aspect of their personalities to raise awareness of the wider biodiversity crisis New Zealand is facing.

Jetstar invites travellers to fall in love with the beach

Snap up a deal to the dreamy domestic or international beach destination you’ve always wanted to visit and start planning your sun-soaked getaway. Fares start from as low as $29 one way (Adelaide to Melbourne (Avalon)).

No partner? No worries. Spoil your gal pals for “Galentine’s Day” with a weekend in Sydney, starting with a dip in the ‘Insta-famous’ Bondi Icebergs Pool, shopping at the fashion boutiques along the promenade and sunset cocktails at one of the countless beach view bars. Hit up the group message and get booking with fares from Hobart to Sydney from $69^ one way. 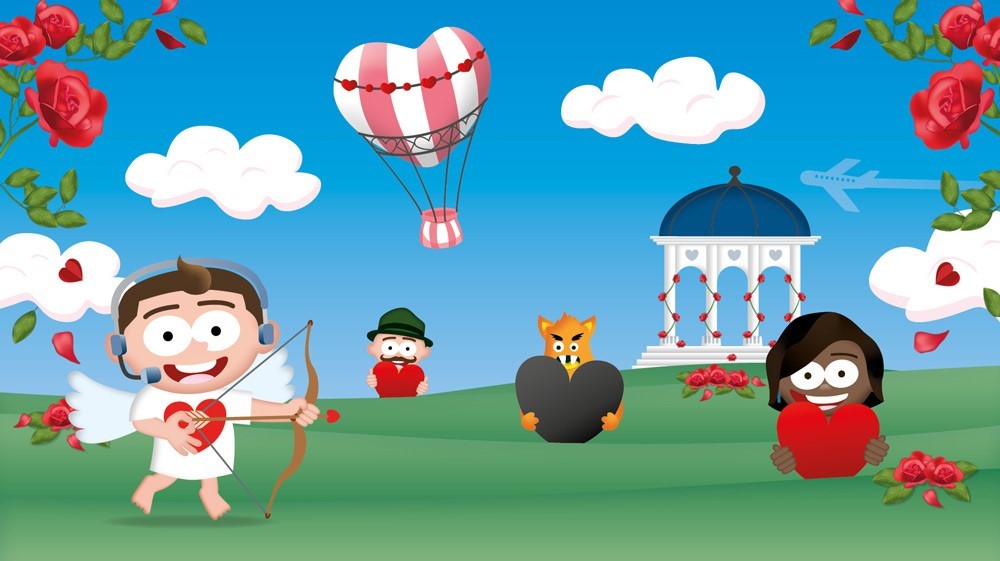 This Valentine’s Day, Hahn Air invites all travel agents to play Cupid. In Hahn Air’s Valentine’s game “Heart-a-Stack”, they can pick up a virtual bow and help cartoon characters to fall in love by aiming at their hearts with a virtual arrow.

The agent who scores the highest amount of points will win a flight voucher worth €1,000 ($1,615). All players must be careful not to hit the little monster with the black heart as this will cost them points. The online game can be found on the Hahn Air website here until 21st of February 9am CET.

Constellation Journeys has chosen Valentine’s Day to announce a limited, industry rate offer (10 seats) on an around the world journey departing 29 April.

Included in the tour are all flights, luxury accommodation, exceptional curated travel experiences in each location, full catering including meals, beverages and a la carte options, the services of the Constellation Concierge, transfers, luggage transport between hotels and airports, and even access to a private tour doctor.

For the company’s first-ever travel industry offer, a Superior Plus Class Tour normally priced at $28,000 per person, is available as a 2-for-1 ‘Travel Industry Only’ offer.

The April Fool’s Day icon has forgone its usual trickery to turn this year’s prank into a reality.