Want to impress your clients and appear worldly to your friends? Read up on all the latest news from destinations around the world right here.

The NSW Government will enhance Sydney’s night-time economy with extended trading hours for venues and bottle shops, a relaxation of after-midnight drink rules and other changes to be introduced from January.

The following changes will occur from 14 January 2020:

Consistent with the Joint Select Committee’s recommendations, existing arrangements will be maintained in the Kings Cross precinct.

The Joint Select Committee consisted of members from all sides of politics working in consultation with police and health authorities, and taking feedback from community, and entertainment and live music stakeholders to develop the recommendations.

The lockout laws were introduced by the NSW Government in 2014 following a number of alcohol-fuelled violent deaths and attacks in Sydney.

Tourism Australia has released the second of a series of industry videos as part of the Come Live Our Philausophy campaign.

The video features Chris ‘Brolga’ Barns the founder of The Kangaroo Sanctuary in Alice Springs in the Northern Territory. 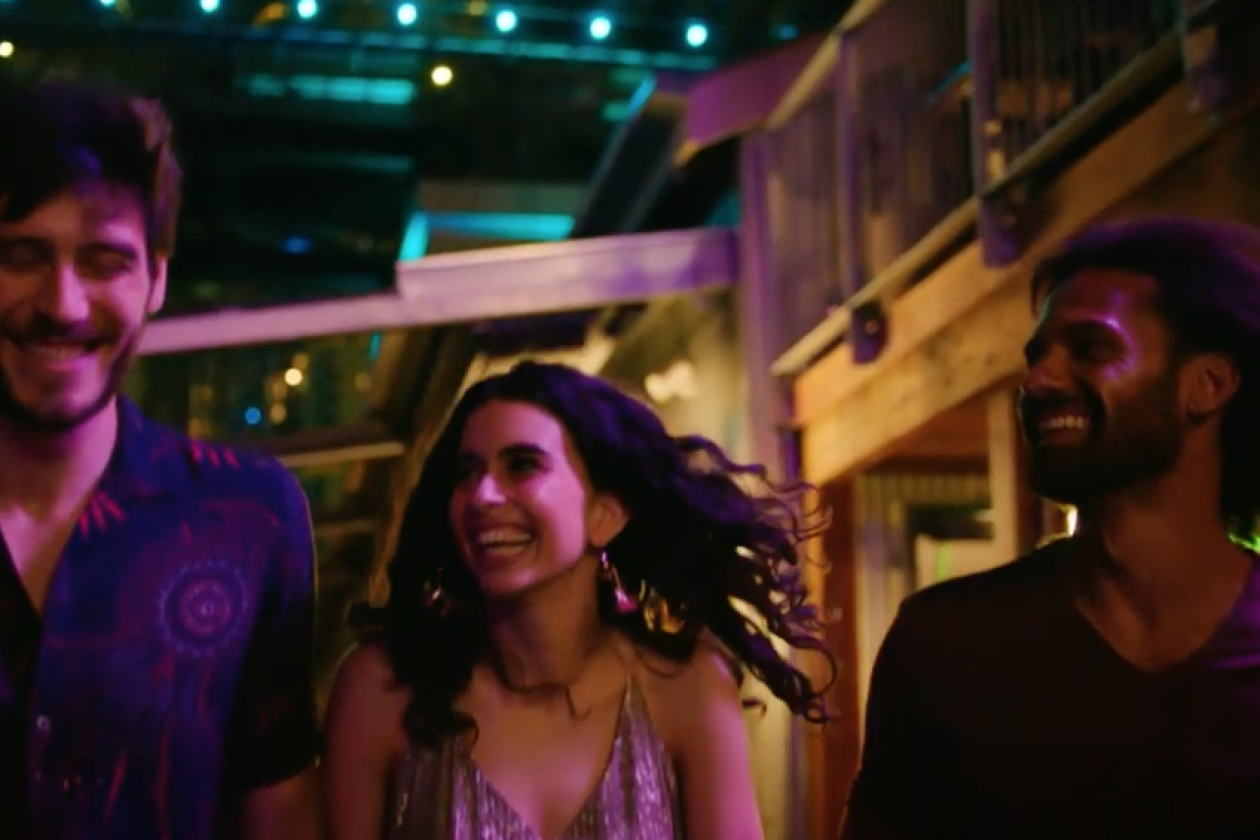 Brisbane Marketing (the city’s economic development board) has unveiled a new campaign aimed at increasing visitation to Brisbane and its surrounding region.

The “Nothing’s Changed, Everything’s Different” campaign, developed by VMLY&R in partnership with Ikon, is the first campaign created by the agency partnership since the business was awarded in September, after a competitive pitch.

Local Brisbane directors Stephen Lance and Mairi Cameron shot the hero film working alongside Brisbane photographer Jesse Smith. The TVC, fronted by Aria award winning singer/songwriter, Megan Washington showcases how Brisbane has evolved as a destination while remaining the welcoming and unpretentious city it has always been.  For the TVC Washington re-interprets one of the city’s most iconic songs, Powderfinger’s My Happiness, the first time the song has ever been licenced for commercial use.

A surge in arrivals over the summer months accelerated Dubai’s tourism momentum, as the city welcomed 12.08 million international overnight visitors in the first nine months of 2019, according to the latest visitation figures released by Dubai’s Department of Tourism & Commerce Marketing (Dubai Tourism). The strong 4.3 per cent increase in volume growth compared to the same period last year was supported by highly participatory contributions from both traditional and emerging markets, that has continued to capture strong shares of the tourist wallet, further stimulating Dubai’s GDP impact.

The positive performance, which drew over 1.23 million visitors to the city in September, an above-market average increase of 7.3 per cent over the same month in 2018, coincided with Dubai being ranked the fourth most visited city in the world for the fifth year in a row in Mastercard’s Global Destination Cities Index 2019, a clear indication that Dubai is continuously renewing its attractiveness to remain a leading global destination.

Introducing The Year of Scotland in Australia 2020

From a packed launch event at Sydney Opera House today, attended by Australia’s music festival directors and promoters, Woodfordia Inc.’s Amanda Jackes, announced the first details of what is set to be the largest showcase of traditional Scottish music and heritage in Australia, ever.

Taking place over 12 months from December 31st 2019 until and including December 31st 2020, 100s of performances of Scotland’s finest Traditional, Gaelic and Celtic musicians will take the stage. In just the first 3 months between January and March there are 150 performances at over 70 festivals and venues in more than 60 towns and cities

With many more to be announced in the New Year, the fast-expanding program already features the world-renowned Capercaillie, alongside Elephant Sessions and multi-award-winning Breabach, as well as Moishe’s Bagel, Rura, The Langanband, The Jellymans Daughter, and rising stars such as Brìghde Chaimbeul, Fara, and Siobhan Miller. 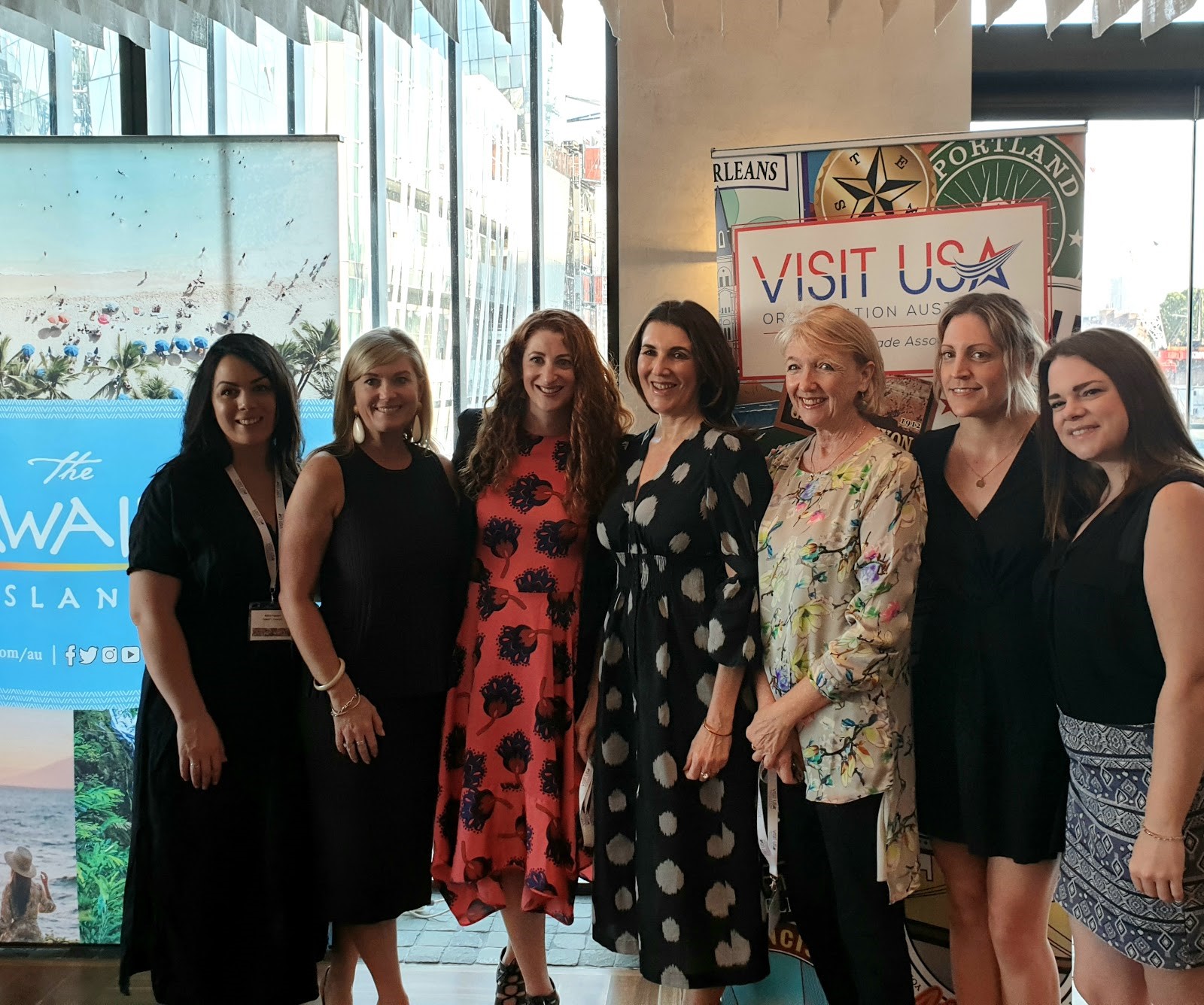 Over 75 members of the US travel industry came together yesterday morning to give thanks at Visit USA (Australia’s) Thanksgiving Breakfast. The venue, waterfront restaurant 12 Micron, was the perfect backdrop for the event.

Members were greeted with mimosas and coffee and enjoyed a delicious breakfast of fruit, pastries and a hot plated breakfast. And of course, it wouldn’t be Thanksgiving without a slice of Pumpkin Pie!

Tourism Ireland has unveiled a new online film showcasing our superb scenery and reminding prospective visitors around the world that one of the best ways to truly appreciate that scenery is to explore it on foot. 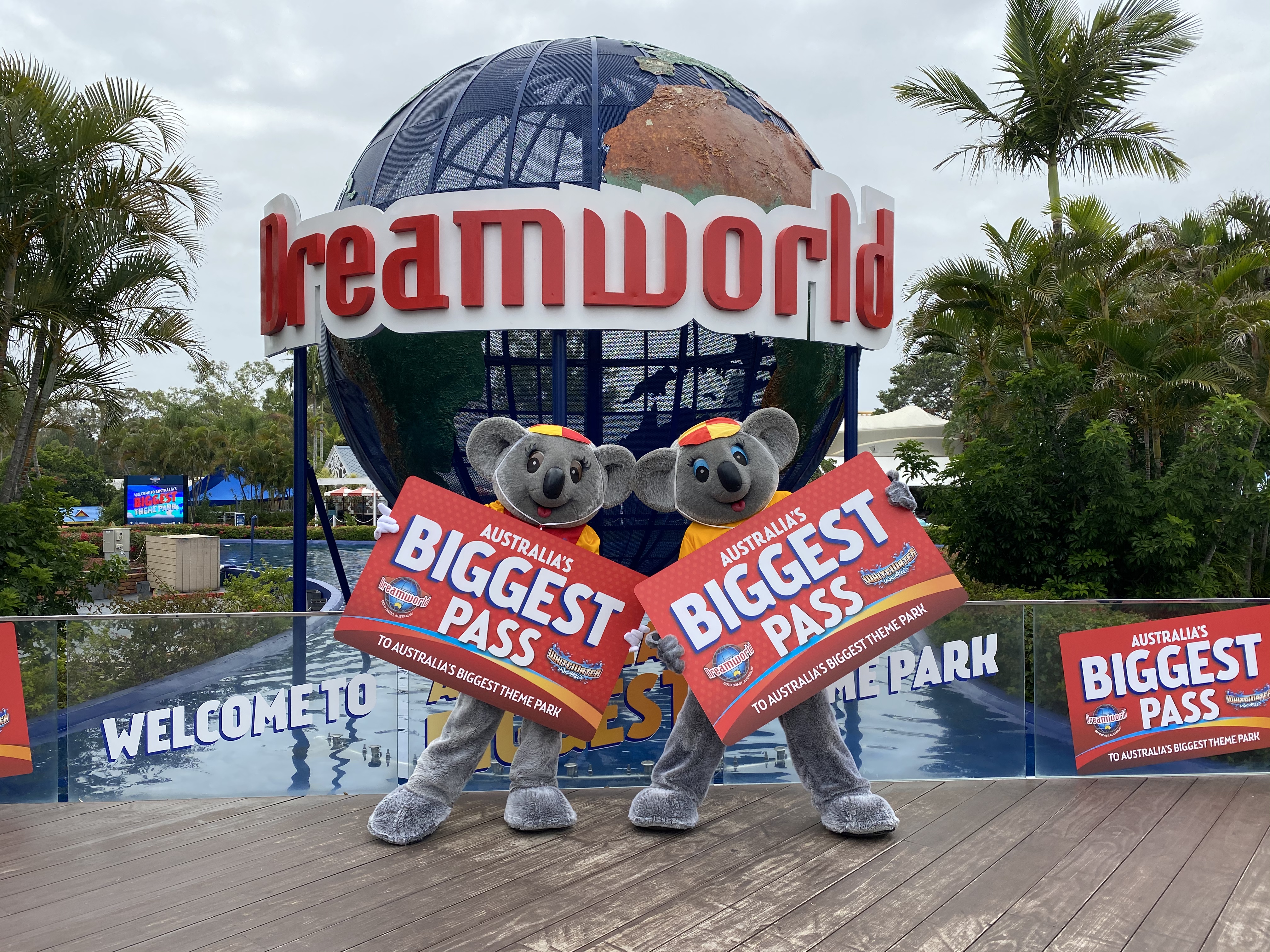 Dreamworld has launched its BIGGEST summer campaign yet, showcasing an unforgettable summer line up and a new marketing direction which captures the true essence of the Gold Coast’s most iconic theme park.

The summer line up at Dreamworld will include…

The number of suspected measles cases in Samoa has doubled to 3,530 over the past week, with deaths rising from 20 to 48, the Sydney Morning Herald reported.

The outbreak is thought to be caused by a decline in vaccinations against the highly contagious disease, which dropped by 31 per cent

Most public gatherings have been banned and schools and universities have been closed. 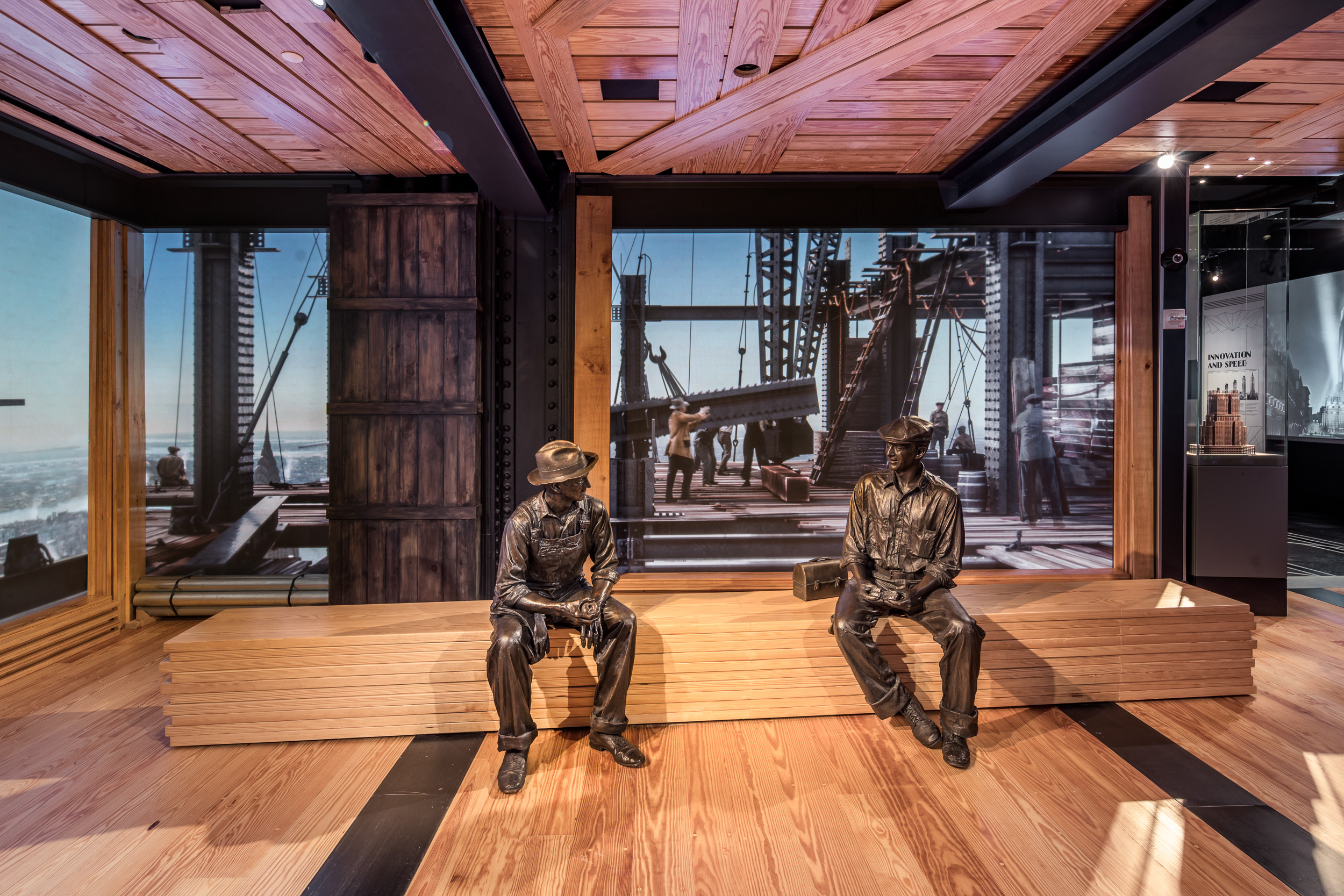 The Empire State Building has announced the opening of the final phase of its $165 million reimagined Observatory Experience, the 80th Floor. Opening to the public on 27th November (EST), it concludes four years of extensive building renovations undertaken to enhance the overall visitor experience for the four million people who are welcomed to the building every year.

Designed to feature six new and unique exhibitions over 12,000 sq. metres, guests visiting the 80th floor will now be able to experience displays including:

Specifically, the Artistry in Light exhibition is narrated conversationally by Lighting Director, Marc Brickman, who worked as a consultant to the Sydney Olympics in 2000 and has previously been a judge for New Year’s Eve firework show ‘LIGHTS ON THE HARBOUR’. Marc is available for interview to discuss his involvement in the project if of interest.

The 80th floor renovations are part of the overall reimagination project which also included the opening of an immersive museum on the 2nd Floor, a brand-new Observatory entrance at 20 West 34th Street, and the introduction of floor to ceiling glass windows on the 102nd Floor Observatory earlier in the year.

Maldives welcomes the 1.5 millionth tourist of 2019

The commemoration of the event started with the stamping of the Marina Kazakova’a passport by a Maldives Immigration Officer. Then, Kazakova and her husband were escorted through the airport alongside a traditional Maldivian bodu beru performance to the VIP lounge area.

The venue was decorated for the ceremony and the couple was awarded with a congratulatory certificate and special gifts representing traditional Maldivian culture and tourism.  Marina Kazakova and her husband, from Russia, were presented a complimentary holiday package for 6 nights sponsored by Mirihi Island Resort, with return tickets sponsored by MMPRC. This is their 7th time to the Maldives.

The City Sightseeing Marathon Challenge has announced the winners of its 4th edition with Andreas Straßner, from Germany, awarded in the Best Time (M) category with 2:18:50, which he achieved in the Frankfurt Marathon in 2015, whilst Julia Galuschka, also from Germany, was named as the Best Time (F) award winner, thanks to her record of 2:43:02 in the Frankfurt Marathon in 2016.

For the Best Story, the jury chose Australian Josh Reid Jones, founder of the Just Be Nice Project, which works “to ensure that those in need get housed, employed and have good mental health.”

More than 1,000 participations from all over the world were submitted and these three avid runners and travellers will have the opportunity to experience a trip of a lifetime when they visited Florence, Italy, for the Florence Marathon 2019.

The City Sightseeing Marathon Challenge is the global brand’s competition focused on running and travel lovers, giving them the opportunity to experience their dream marathon and discover City Sightseeing destinations.

The 4th edition City Sightseeing Marathon Challenge, which was celebrated at Florence Marathon 2019, is part of the global competition that allows City Sightseeing to share the passion of running and travel with three lucky winners, giving them the opportunity to experience some of the world’s most iconic destinations through marathons.

“It is the right thing to do”: Hurtigruten’s compassionate offer to One Ocean Expeditions customers

Spencer Travel conference goes off with a bang!