Scrambling to get back on top of the news from destinations and attractions across the globe? Instantly de-scramble here with this week’s Destination Wrap.

For the first time ever, BridgeClimb will allow travellers to climb the entire length of the Sydney Harbour Bridge with the release of a new experience.

With the launch of ‘Ultimate Climb’, launching on 6 September 2020, climbers will follow a new route to the summit of the bridge before covering untouched ground on the north side, journeying over the full length of the arches towards the north-side pylons and returning back over to Climber Base.

The new experience covers 3.3 kilometres, 1621 steps and takes up to 3.5 hours from check-in, and represents the biggest innovation to Australia’s iconic attraction since it opened in 1998.

Prices start at $348 for adults and $149 for children (all kids tickets during the school holidays are $99.)

Western Australians are being encouraged to get out and explore one of the greatest flower shows on Earth, with the state’s 2020 wildflower season underway.

A selection of guided and non-guided tours are available across the state, in line with seasonal blooming periods, which started in the State’s Pilbara on into the Mid-West, Gascoyne, Goldfields and Wheatbelt.

After a slower start to the season, several species are now starting to appear in these regions following recent rainfall, including WA’s unique orchids, banksias, everlastings, wattle, and wreath flowers.

By September, the season will reach Perth’s botanical gardens, nature reserves and national parks, including the Kings Park and Botanic Garden, which showcases around 3,000 of WA’s 12,000 species of native plants, 60 per cent of which are unique.

Moreover, the annual September Kings Park Festival will celebrate the wildflower season with a range of activities, including guided walks and native gardening sessions.

Visitors can join GoGo Active Tours on a wildflower bike tour or The Hike Collective for a high tea and guided hike through the park’s hotspots.

The United Kingdom has removed Aruba, France, Malta, Monaco, the Netherlands, and Turks and Caicos Islands from its exempt list over the weekend.

If travellers now arrive in England from Aruba, France, Malta, Monaco, the Netherlands or Turks and Caicos Islands after 4am on 15 August, they will need to self-isolate.

If they arrived in England from Aruba, France, Malta, Monaco, the Netherlands or Turks and Caicos Islands before 4am on 15 August, they may not need to self-isolate.

According to GlobalData, the announcement has the potential to effectively end the British holiday season.

Travel and tourism analyst Ben Cordwell said: “31.6 million tourists from the UK made their way to Spain and France in 2019, highlighting the importance of the British source market to the Spanish and French tourism industries.

“An announcement like this during the peak season will be disastrous for all of the countries on the list, as well as for businesses in Britain selling holidays to these destinations.”

The SEA LIFE Trust has confirmed that two beluga whales, Little Grey and Little White, are now safely in their new sea sanctuary care area at Klettsvik Bay in Iceland.

The moving of the whales into the world’s first open water sanctuary for belugas, was completed on Friday 7 August at 12.30pm (Icelandic time).

Little Grey and Little White are now in their bayside care pool and will  need a short period of time to acclimatise to their new natural environment and all the outdoor elements before their final release into the wider sanctuary in Klettsvik Bay in the Westman Islands off the south coast of Iceland.

The expert team and the independent vets were with Little Grey and Little White throughout the move and said they are healthy and are feeding well after the short trip from their landside care facility back to the sea.

This is the first time Little Grey and Little White have been in the sea since they were taken from a Russian whale research centre in 2011.

Little Grey and Little White will now be assessed around the clock as they get used to being back in the ocean environment.

The first-of-its-kind sanctuary, operated by the SEA LIFE Trust, was built with the support of a generous donation from Merlin Entertainments.

Created in partnership with Whale and Dolphin Conservation (WDC), the SEA LIFE TRUST Beluga Whale Sanctuary is one of the biggest developments in captive whale and dolphin care and protection in decades, and the first of its kind to be created for cetaceans.

Recognising the safety protocols introduced by the Sri Lankan government, along with standards mandated by Sri Lanka Tourism Development Authority (SLTDA) to ensure the safety of domestic and international travellers, Sri Lanka was recently endowed with the World Travel and Tourism Council’s (WTTC) Safe Travels stamp.

While establishing confidence among tourists looking at the island paradise as a preferred destination to travel amid the pandemic, the Safe Travels stamp will also allow them to recognise properties and businesses that diligently follow protocols aligned with the WTTC. 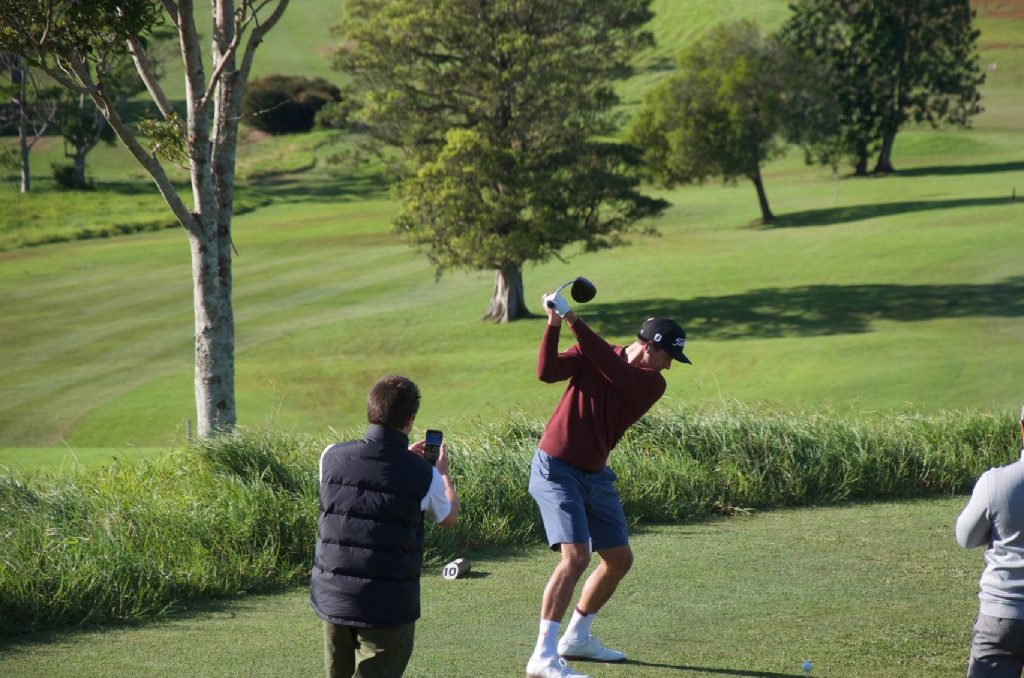 The worldwide attention that accompanied Chris and Liam Hemsworth’s visit to Rainbow Beach, and Adam Scott’s live broadcast of a round of golf at the picturesque Maleny Golf Club (pictured), has seen online searches for the two Sunshine Coast destinations surge into Booking.com’s fastest-growing Top 10 in Australia.

The Booking.com survey revealed the top ten searched destinations in Australia with a search-rank increase of over 100 places in July 2020, compared to the same period in 2019.

The presence of the world-famous acting and sporting greats further propelled the destinations’ status as rising stars, with Maleny teeing off to number two and Rainbow Beach beaming at number nine in the fastest-growing top 10.

Maleny – in the Sunshine Coast Hinterland – hit the headlines when world-champion golfer and Sunshine Coast resident Adam Scott used some of his isolation time to play a few games of golf at Maleny Golf Club, including one that he streamed live to his global social media audience.

The unheralded club has never been busier.

Rainbow Beach saw the arrival of the Hemsworth brothers and respective families in July, and while they enjoyed a very relaxed and low-key stay, their social media posts against the stunning beach backdrop sent the Booking.com search engine into frenzy. 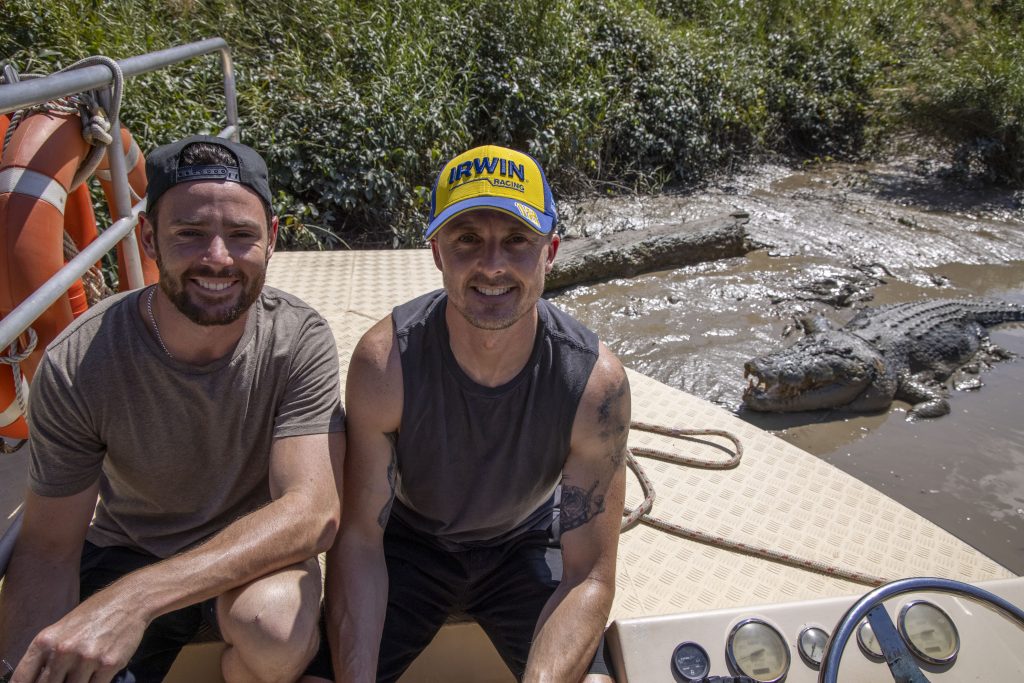 Drivers heading to compete in the weekend’s ‘BetEasy Darwin Triple Crown’ in Darwin were allowed to exit their isolation and soak up the best of the Top End before hitting the track.

Drivers, including Mark Winterbottom and Scott Pye, headed on a team cruise down the Adelaide River where they got up close and personal to some of the territory’s most famous residents – the saltwater crocodiles.

Anton De Pasquale and Cameron Waters were among several to go fishing in the fast-flowing waters of the Top End, scoring mixed returns, while Todd Hazelwood focused his attention on getting the adrenaline pumping with a jet ski ride around Darwin Harbour. 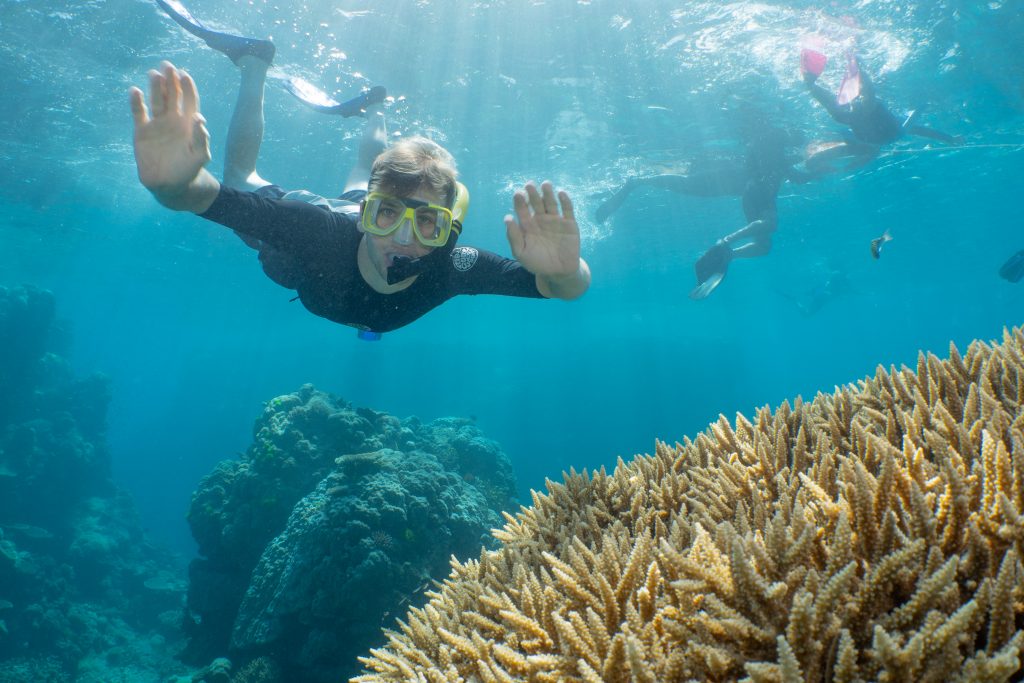 Five professional cyclists visiting Cairns for the annual ‘Prime Tour of the Tropics’ have swapped their bikes for snorkels to watch a turtle being released on the Great Barrier Reef on Friday.

Tourism Tropical North Queensland (TTNQ) chief executive Mark Olsen said the third Prime Tour of the Tropics on 15 and 16 August was the first of several reformatted national sporting events to be held in the Cairns and Great Barrier Reef region.

Are you a die-hard Eurovision fan or someone who forgets about it most of the year? It doesn’t matter because you’ll want what Booking.com is offering here!