Here’s a cruise wrap complete with a few ripper footy legends to get you in the mood for some State of Origin action next month. One hundred Queensland rugby league fans got a “once-in-a-lifetime” selfie moment by having a photo on the bow of P&O Cruises’ flagship Pacific Explorer under the Sydney Harbour Bridge alongside Sam Thaiday, Meg Ward, Dane Gagai, Wendell Sailor and Corey Parker – and a seven-metre high giant cane toad.

Meanwhile, guests booking a cruise of six-nights or less can take advantage of free onboard spending money of up to $100 per room, and up to $200 per room for P&O’s 7-night Melbourne Cup cruise.

SeaDream Innovation to raise the bar for sustainability at sea 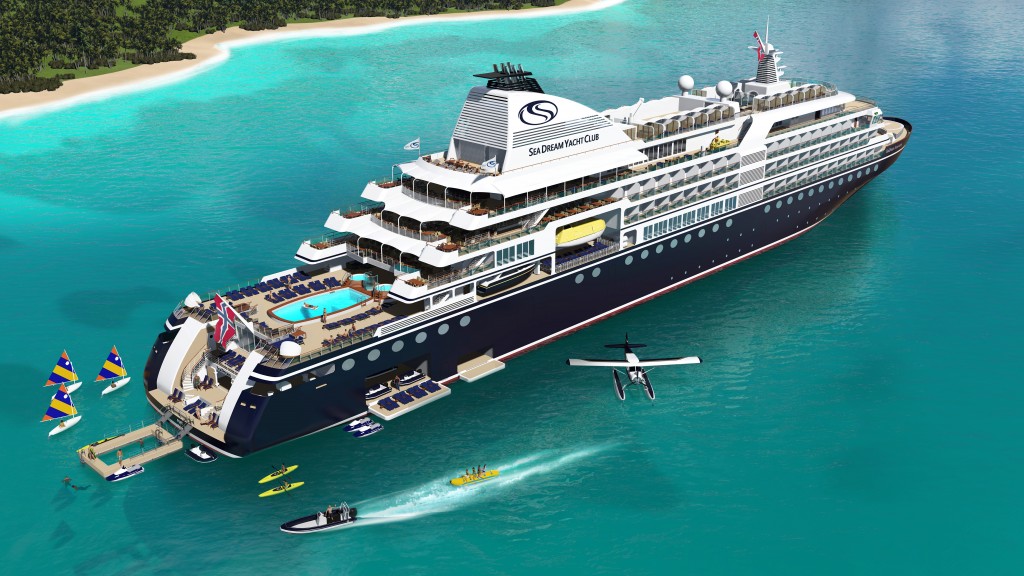 Setting sail in 2021 to all seven continents of the globe, SeaDream’s new mega-yacht, SeaDream Innovation, is set to be the world’s most advanced hybrid ship.

The company has received a grant for US$1.8 million for the creation of the revolutionary vessel from Enova, an organisation owned by the Norwegian Ministry of Climate and Environment that is responsible for the promotion of environmentally friendly production and consumption of energy.

Uniworld Boutique River Cruise Collection president and CEO Ellen Bettridge will visit Australia in August to join key speakers at this year’s Cruise360 Australasia conference, where she will tackle the impact Generation Z travellers are having on the cruise sector and travel agent community.

Additionally, cruising newcomer Virgin Voyages will make its first appearance at Cruise360, with its president and CEO Tom McAlpin confirmed as the latest international speaker to join this year’s conference.

McAlpin will address attendees as part of the conference theme #NextGeneration, just months ahead of the launch of Virgin’s first ship, Scarlet Lady.

To be held at Hyatt Regency Sydney, this year’s Cruise360 conference will be the sixth staged in Australasia and will include a trade show for cruise industry exhibitors on 30 August.

CLIA members will also have an opportunity to join a dedicated Executive Partner Product and Destination showcase as well as a ship inspection aboard Princess Cruises’ Sea Princess on 29 August.

Tickets for this year’s Cruise360 Australasia are now on sale and selling fast, with early booking rates available exclusively for CLIA members. For details and bookings, click here.

Discover the Caribbean’s hidden gems with Silversea in summer 2019

When booking a Caribbean cruise before 31 July 2019, Silversea’s guests can enjoy a complimentary shore excursion in every port on virtually all Caribbean voyages departing in summer 2019.

Those booking before 28 June 2019 will also receive an Early Booking Bonus saving of 10 per cent. Solo travellers will also enjoy exclusive single occupancy supplements at only 25 per cent on select voyages.

Kicking off 2020 in style, travellers looking for the ultimate African experience have until 31 May 2019 to book and enjoy great savings on ecruising’s 30-night Across the Indian Ocean & African Safari journey.

Combining an 18-night cruise from Fremantle to Cape Town plus an exciting 12-night land tour from Cape Town to Johannesburg, this itinerary kicks off on 14 March 2020 and will see guests cruising the Indian Ocean with stops in Mauritius, Reunion and Durban before commencing a spectacular South African adventure on 1 April 2020.

Priced from just $8929 per person twin share for a limited time only, Ecruising’s 30-night Across the Indian Ocean & African Safari journey includes a one-way economy flight to Australia, all accommodation, transfers and touring as per itinerary.

The report offers an in-depth look at the growth, demographics and trends of the top source markets in Asia, which together achieved a record-breaking 4.24 million ocean-going cruise passengers in 2018.

CLIA has also congratulated Prime Minister Scott Morrison and the Coalition on their election victory and said it looks forward to working with the returned government to further develop the Australian cruise industry. Regent Seven Seas Cruises has announced the debut of an extensive array of innovative plant-based cuisine on menus across its fleet.

Beginning 1 October 2019, more than 200 gourmet plant-based selections will be offered at breakfast, lunch and dinner to meet the evolving tastes of luxury travellers who are following vegan or vegetarian lifestyles, or hunger to enjoy more plant-based fare. Evergreen has released its full range of 2020 deluxe European river cruises and tours offering the best prices for 2020 river cruises, cabins and sailings.

Selected cruises seamlessly combine with a tour of Eastern Europe or Spain, and city escapes are available in Paris, Prague, Lisbon or Nice.