Aurora Expeditions is on schedule with the build of its second state-of-the-art expedition ship, the Sylvia Earle, and has revealed its exterior design.

Due for delivery in October 2021, the Sylvia Earle features the cutting-edge Ulstein X-BOW, a core design element that’s essential to the speed, agility and impressive fuel efficiency of the ships in the Aurora Expeditions fleet.

Newly-appointed CEO Monique Ponfoort said it was exciting to see a second X-BOW ship coming into the market for Aurora Expeditions.

“Our new purpose-built ship honours the highly accomplished marine biologist, oceanographer and explorer Dr Sylvia Earle, who is actively involved in the development of her namesake, and I look forward to working closely with Dr Earle in the coming years.” 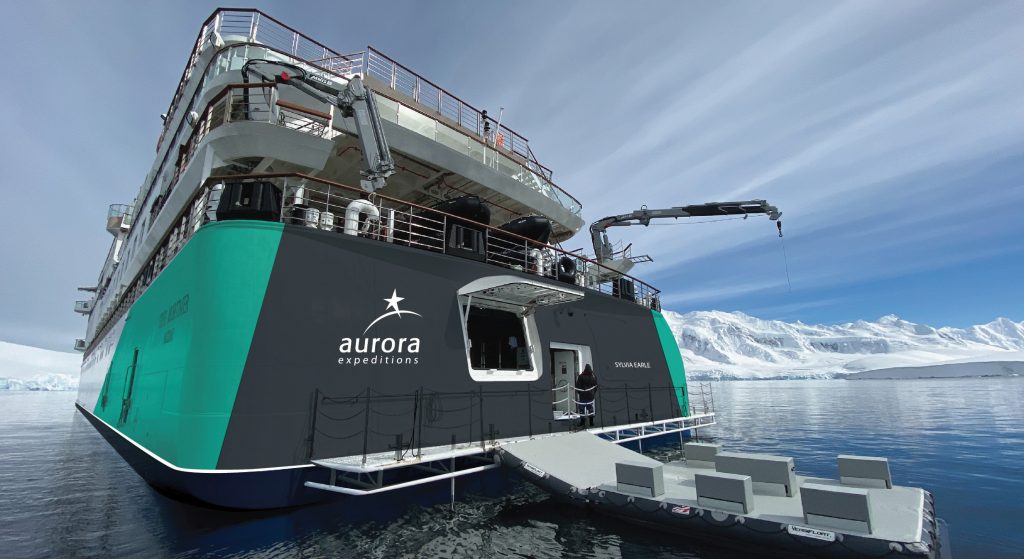 Victoria Primrose, global head of marketing at Aurora Expeditions, said the sleek new design of the Sylvia Earle has been created to reflect the pioneering nature of the cruise line’s ships and the adventurous activities it will undertake.

“From a brand perspective, the bold design and use of our strong signature teal colour will make the Sylvia Earle instantly recognisable as an Aurora Expeditions ship,” she said.

“We are thrilled that the build is on time despite the challenges the world has faced in 2020, and we look forward to welcoming our first expeditioners on board the Sylvia Earle as we venture to the world’s most remote and fascinating destinations.

The ship will visit many new destinations within the Aurora Expeditions program, including Alaska, Baja California, the Russian Far East, Raja Ampat, and West Papua.

We joined Azamara’s newest ship in Barcelona last week for a pre-inaugural cruise en route to her naming ceremony in Monte Carlo. Here’s our verdict.

Travel Weekly joined hundreds of adventurous expeditioners from around the globe for the line’s big Antarctic come back.