The meteoric rise of the internet over the last decade and its impact on travel agents will not see Travel Counsellors pursue a hybrid strategy, with the firm insisting its emphasis on relationships remains the right path.

Reflecting on two decades in business, Travel Counsellors chairman David Speakman identified the internet's empowerment of the customer as the biggest challenge to face the travel industry in that time, admitting it has been a significant hurdle for the home-based network.

“Before, you had to go to a travel agent to book a holiday or travel, so the agents were the ones who were empowered. The travel agent was an essential part of the travel booking process,” he said.

“Then what happened was the internet. Websites empowered the customers. Therefore the thing that was the agent’s monopoly, the customers could do themselves.”

However, the tide has turned, according to Speakman who revealed a growing “mistrust” of the web was seeing consumers head back to travel agents in their droves.

Although faced with a vast amount of choice, consumers are seeking trusted opinions and impartial advice, he said, adding that Travel Counsellors is seeing the benefits.

“They can build a tailor-made holiday, they can do it all themselves and become the tour operator, the wholesaler. Therefore, not only do they give the advice, but they personalise it for the customer.”

While access to nett rates gives travel counsellors the ability to be competitive, Speakman stressed that the company does not sell on price but rather places its emphasis on “adding value”.

“Adding value means we’ll look after you, we’re always here – all those kind of things.

“That’s what the customer wants.”

While the company invests around GBP1 million each year into enhancing its technology, Speakman was adamant that there are no plans to explore the inclusion of web-bookable features for its customers in the near future.

“It’s been one of our biggest debates,” he admitted. “But I think it underlines what you are doing. If you say you’re a relationship business, then relationships are built by picking up the phone, not sending an email.

“We advise our people to always pick the phone up and don’t send emails. Therefore if you have a bookable website, you undermine the relationship process.”

The hybrid models currently being explored by many of the major chains face compromising the different areas of the business by pursuing the multichannel strategy, he continued.

The cost pressures of operating in the online space and the transparency of the channel also make it a difficult space to operate in, according to Speakman.

Instead the company continues to prioritise “cutting out the middle man” to enhance its competitive appeal in the eyes of the consumer, and continues to work hard to build relationships. 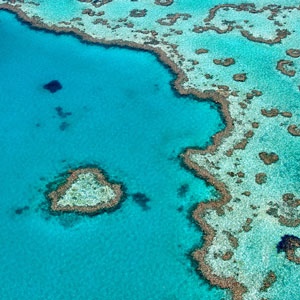 Tourism boost for the Whitsundays