As of today, Compagnie du Ponant is changing its name to PONANT, a name which the company says reflects the history of the brand, is easier to remember and has a strong visual look.

Ponant wanted an initiative that supports the brand’s growth over the past five years, marked by the launch of four sister ships and the opening of new offices in Sydney, Hong Kong, Shanghai, Miami and Hamburg.

Despite the name change, the company is preserving its roots and keeping its original logo, which consists of three lines depicting sails of a cruise yacht.

The sails symbolise those of Ponant’s first cruise yacht, Le Ponant, with the lines being made firmer to give the re-brand a sense of renewed energy.

‘Expeditions’ refers to the luxurious expedition cruises, a concept allowing travellers to explore extreme regions on authentic but refined adventures.

Ponant said the new name signifies its intent to grow business internationally while remaining true to its French origins. 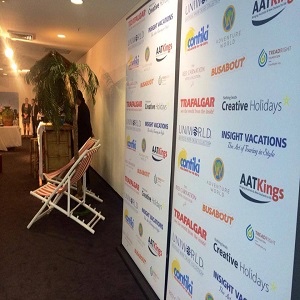 Trade "number one" for Contiki as online presence grows

‘The North Pole, The South Pole, And You’: Ponant launches stunning new campaign

Ponant’s Le Commandant Charcot is being billed as “a spaceship on Earth” in this new campaign. However, that’s not to suggest guests have to wear extravehicular mobility units.

And if this news wasn’t big enough for you, the cruise line also managed to make history yesterday at the North Pole.