The Boeing Company has appointed Dr Brendan Nelson (pictured above) as the next president of its operations across Australia, New Zealand and the South Pacific.

Nelson will replace Maureen Dougherty, who has served as the company’s president for the Oceania region since 2014 and will retire in March.

Effective 11 February, Nelson will become chairman of the board for Boeing Australia Holdings and the company’s senior leader for its 3,800 employees working across commercial airplane manufacturing, defence systems, services, research and development, and autonomous systems

He will also execute the company’s strategy for community engagement, focusing on STEM and veteran outreach efforts.

Most recently, Nelson served as the director of the Australian War Memorial in Canberra.

He began his career in 1985 as a medical practitioner before going on to lead the Australian Medical Association.

Nelson was elected leader of Australia’s Liberal Party in 2007 and led the Opposition until 2008. He later served as Australia’s ambassador to Belgium, Luxembourg, the European Union, and NATO until 2012.

Cruise & Maritime Voyages (CMV) has reaffirmed its commitment to agent partners in 2020, with the company announcing a restructure of its sales team in Australia and New Zealand.

Greg Morris will commence with CMV in early February as a business development manager dedicated to Queensland, becoming the key contact for travel agents across the state and assisting with local area marketing, training and events.

Offering more than 15 years of experience in the travel industry, Morris most recently worked with Globus as a BDM and as the sales manager for Scenic Tours in Northern Queensland.

Damien Wolff will commence with CMV in late January on a temporary contract and will be based out of Adelaide as a BDM to assist with growing enquiries across South Australia.

He joins CMV with a wealth of tourism and cruise experience, having worked at Fred Olsen Cruise Lines, All Leisure UK, Carnival Australia, Great Southern Rail, and Scenic and Evergreen Tours.

Bronwen Milsom will continue to be the key contact for agents in Western Australia, and Darren Chigwidden’s position will remain unchanged, leading the sales team while managing key accounts and supporting agents in all other territories across Australia and New Zealand.

Faye Larrarte will be stepping down from her role supporting agents in NSW and Queensland at the start of February to pursue other opportunities.

Intrepid Travel has promoted Cara Brown to global brand manager. Brown was previously the wholesaler’s campaign and partnerships manager across the Asia-Pacific – a role she held for roughly eight months.

Prior to that, Brown held a number of other marketing roles at Intrepid. 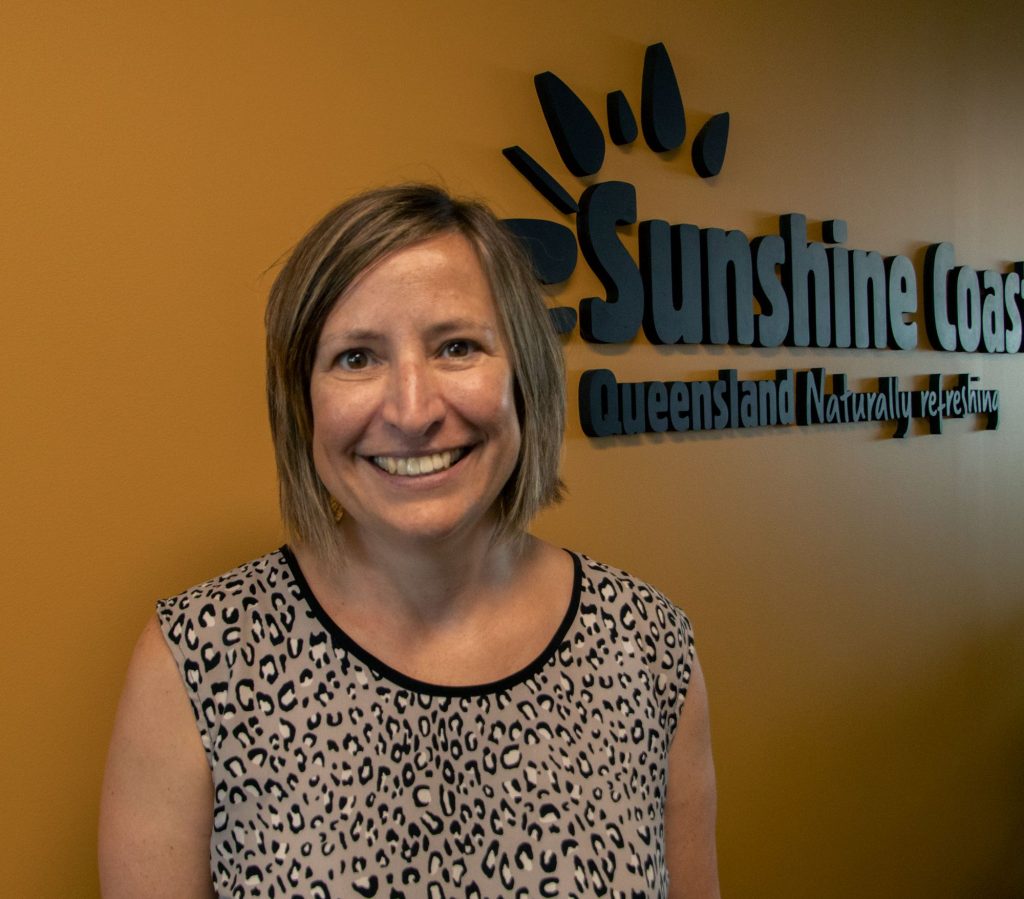 Destination tourism specialist Jo Prothero has been appointed as the head of marketing at Visit Sunshine Coast.

Prothero has extensive experience in the tourism industry, most recently as director of marketing and communications at Falls Creek Resort in Victoria.

In this newly created role, Palermo will be responsible for helping maintain efficiency and peak performance across the enterprise as it develops as a public company, and will lead the execution of specific company strategies and initiatives.

Palermo currently serves as president of The Spaceship Company (TSC), the wholly-owned aerospace manufacturing and development subsidiary of Virgin Galactic.

He joined Virgin Galactic in 2006 as one of its first employees and will maintain his role as TSC’s president.

MSC Cruises has announced the appointment of Shannon Morgan as business development executive for Queensland.

He will commence his role on Monday 20 January 2020 and will be based in Queensland.

“In this unique role, Ms Sarandon will star in a global brand campaign that will portray the transformative power of travel, connecting Fairmont’s history and majestic hotels with modern sensibilities and the dreams of a new generation of travellers,” according to a statement by the hotel company.

The campaign is expected to be revealed in Fairmont’s key markets around the world later this year.

Melbourne Airport has welcomed Shane O’Hare into the business as chief of aviation.

O’Hare will be responsible for leading the airport’s 24/7 aviation operation focusing on driving growth at the state’s primary tourism gateway.

He has more than 40 years’ experience working in the global aviation industry across airlines, private aviation, alliances, charter, and tourism.

Saujani will name the new ship at the official inaugural ceremony in Southampton in the UK on 30 March 2020. 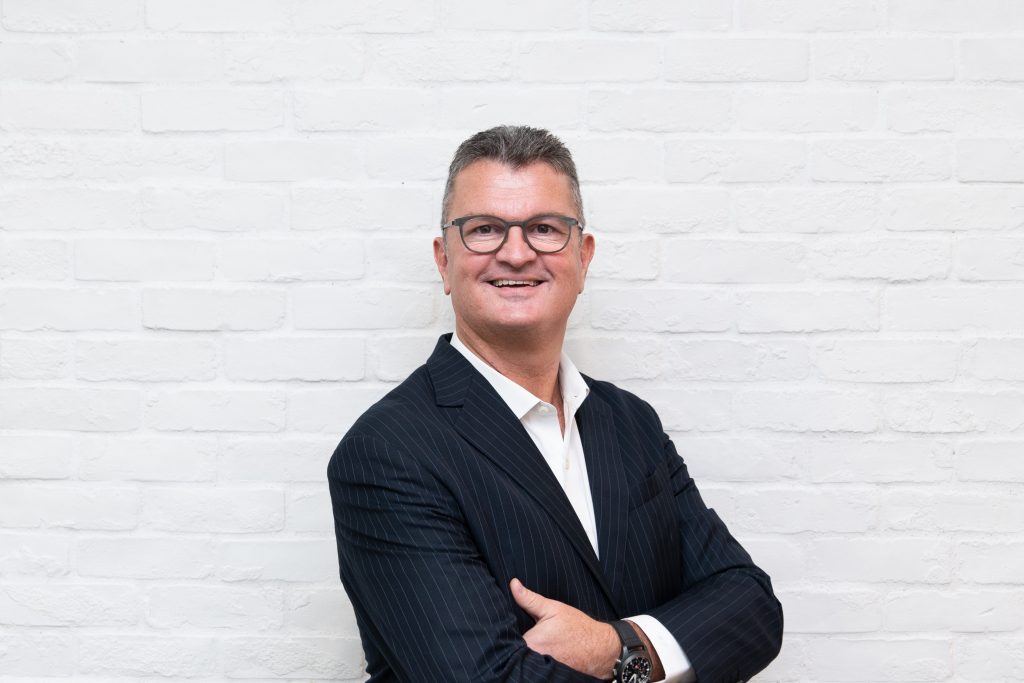 Wyndham Hotels & Resorts has appointed Andy Flaig as head of development for the Southeast Asia and Pacific Rim (SEAPR) region.

Based in Singapore, Flag replaces David Wray, who has completed his transition agreement with the hotel company and will remain with Wyndham Destinations Asia Pacific.

Flaig joins Wyndham with more than three decades of experience in the hospitality sector, having worked at companies such as Next Story Group, Carlson Rezidor Hotel Group, and Jones Lang LaSalle’s Hotels and Hospitality Group’s advisory business in Asia.

Hospitality software company Duetto has promoted David Woolenberg from president and chief operating officer to CEO. He will continue to lead Duetto’s business growth strategy and operations and will join the company’s board of directors.

Woolenberg joined Duetto as chief revenue officer in 2018. He was promoted to president and chief operating officer a year later after a period of record growth for the company.

Tahiti Tourisme has announced the appointment of Circul8 as its new global lead creative agency.

Circul8 will be responsible for the development of all global brand campaigns for the islands of Tahiti, as well as the implementation of all activity across international markets.

With 118 islands across the entire destination, one of the primary objectives for Circul8 in the coming year will be the promotion of the unique offerings of the lesser-known islands to a more diverse audience.

The cruise line also just announced free drinks and WiFi on all cruises, which we have been lobbying for in our office for years now. The best we get is dial-up internet and the occasional warm beer.

Drinks, WiFi and tips to be included for all Celebrity Cruises holidays

The cruise line has taken a new approach with plenty of inclusions and, to be honest, it had us at “unlimited drinks”.

Meanwhile, the AstraZeneca and Pfizer vaccine candidates are making progress, with one reporting more efficacy results and the other pushing for an early release.

Sydney rolled out the welcome mat in spectacular style yesterday morning to Victorian travellers. Recap all the fun and frivolity here.

STUDY: More than a third of Aussie households to forego a summer holiday

Travel Weekly’s editor has sifted through a whole research paper on household spending habits to deliver you the most relevant bits, and he has a few paper cuts to prove it.

Looking to give your travel bookings a bit of a boost? Well, consider Aurora’s new itineraries and ship renders the expedition cruising equivalent of a Red Bull.

Do you recall Annaliese Battista’s shock resignation from Destination Gold Coast back in August? Well, meet her replacement.

The regional airline is one step closer to being a fully-fledged domestic airline, thanks to the generosity of an Asian investment firm.