This week the internet has been absolutely bombarded with images of Coco the rabbit’s 2018 business class upgrade and just in case you missed it, we are OVER THE MOON to be able to tell you (and everyone else we cross paths with today) about this disgustingly cute situation.

Coco’s owner Takako Ogawa was flying with United Airlines from San Francisco to Japan while moving back to her home in Kyoto after a stint working for Google and decided to pay an extra $100 to register the lucky bunny as an emotional support animal.

That way, Ogawa could bring Coco into the cabin with her as she feared the eight year old rabbit would become anxious in the hold with the other pets.

After she took her seat, a flight attendant told Ogawa nobody would be sitting in the seat next to her so Coco would be able to have her own spot.

“I thought it was super nice of the flight attendants to let her use the unoccupied cubicle next to me, and for bringing her treats throughout the trip,” Ogawa told Insider. 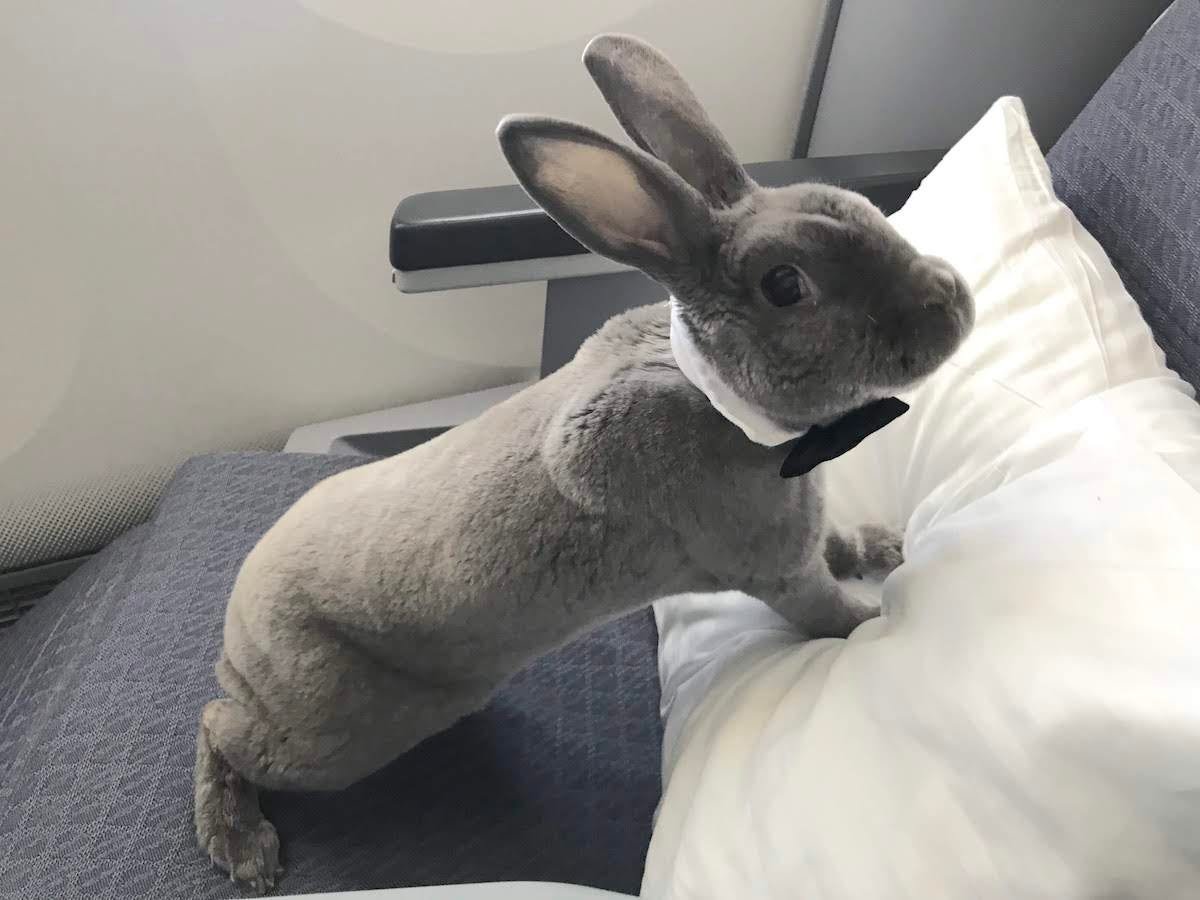 We don’t know about you, but we would be DELIGHTED to share a flight with such a model passenger.