The administrators of the Virgin Australia Group (Vaughan Strawbridge, John Grieg, Sal Algeri and Richard Hughes of Deloitte Restructuring Services) have advised the 10 separate deeds of company arrangement, which cover all 41 entities of the group in voluntary administration, have been executed.

Strawbridge, Greig, Algeri and Hughes will now act as joint and several deed administrators of each of the 41 entities covered by the 10 deeds of company arrangement.

A copy of the deeds will be lodged with the Australian Securities and Investments Commission. 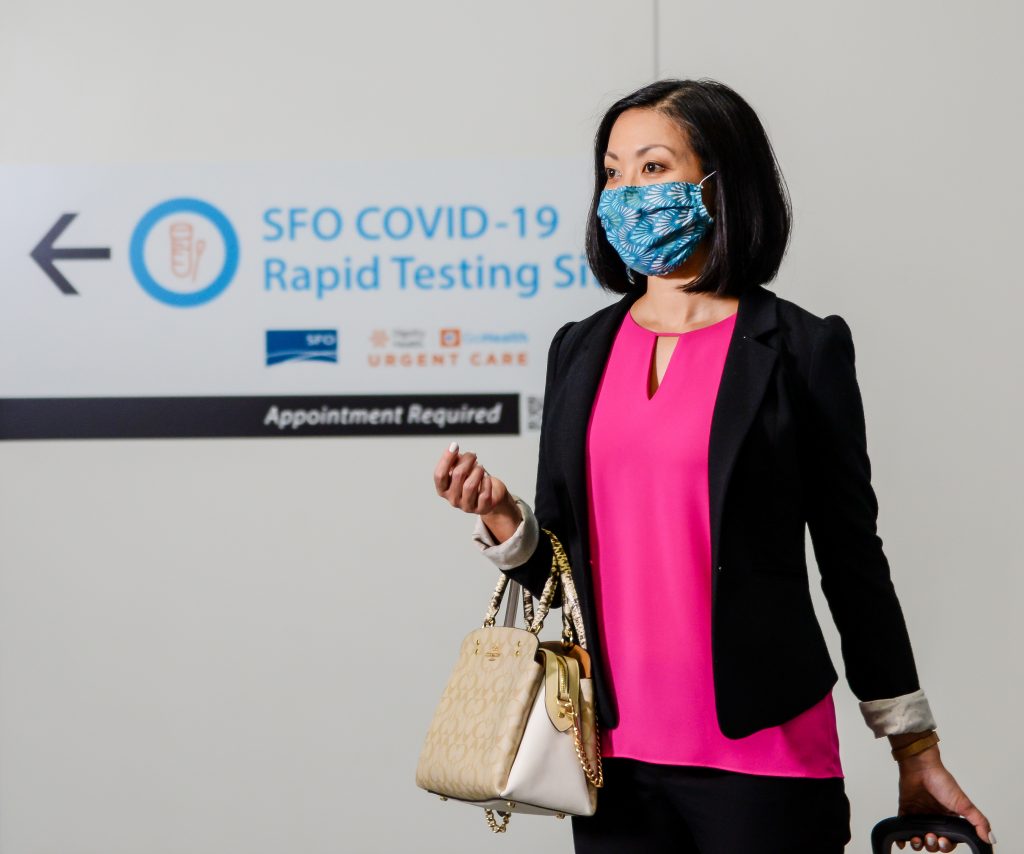 United Airlines claims to have become the first US airline to launch a COVID-19 pilot testing program for travellers, which it said could make it easier for them to manage quarantine requirements and entry conditions of popular destinations around the world.

Starting on 15 October, customers travelling on United from San Francisco International Airport (SFO) to Hawaii will have the option to take a rapid test at the airport or a self-collected, mail-in test ahead of their trip.

The rapid ‘Abbott ID NOW COVID-19’ test – administered by GoHealth Urgent Care and its partner Dignity Health – provides results in approximately 15 minutes and will be available to United customers on the same day as their flight departing from SFO.

The mail-in test option will be administered by Color and it is recommended that customers initiate testing at least 10 days prior to their trip and provide their sample within 72 hours of their trip.

In another ‘first’ for United, the airline has introduced an interactive map feature powered by Google Flight Search Enterprise Technology.

Customers can access Map Search on United.com to easily compare and shop for flights, based on departure city, budget and location type, including popular national park, skiing, and cultural destinations.

This new digital tool displays fares in a map view, allowing customers to simultaneously compare travel to a variety of destinations in a single search.

These extensions are for eligible Card Members with benefits issued 1 January–30 November 2020.

Furthermore, Delta Sky Club Memberships (that were active as of 1 March 2020) will be extended again for members to enjoy through 30 June 2021.

New airline for Canberra Airport with a double destination service

Alliance Airlines has announced it will commence two weekly scheduled services between Canberra and Sunshine Coast and onwards to Cairns from 23 October 2020.

Moreover, for the first time ever, residents of Canberra and the surrounding region will be able to travel twice weekly non-stop to Queensland’s Sunshine Coast.

Air New Zealand will ramp up its domestic schedule during the upcoming school holidays to almost 90 percent of pre-COVID-19 levels.

Air New Zealand general manager of networks Scott Carr said it was very apparent that more Kiwis than ever are taking the opportunity to travel the country.

“We’ve added capacity to the majority of our routes in the two-week holiday period. We’re operating 1000 extra one-way flights these school holidays compared with the July break,” Carr said.

“We are also offering even more capacity over the school holidays on our Queenstown routes when compared with the same time last year and the July school holidays, with more than 73,000 seats available in and out of the resort town.

“Overall capacity to and from Queenstown will operate at 125 per cent during the holidays compared to the same school holiday period last year.”

Overall, in October the airline’s domestic schedule will be operating at nearly 85 per cent of pre-COVID-19 levels.

Air New Zealand is still requiring face coverings or masks on all domestic flights while Auckland remains at Alert Level 2.

Meanwhile, Air New Zealand continues to evaluate a range of scenarios on how the pandemic may develop and the subsequent impacts on its business operations, fleet, operating cost structure, and capital requirements.

Assuming there are no further material adverse developments, the airline expects to complete its strategic capital structure review by early 2021, to be in a position to proceed with capital raising to be completed before June 2021.

The airline’s board is engaging constructively with the Crown in its capital structure and funding discussions.

To celebrate the resumption of flights between Sydney and Uluru, Jetstar and Ayers Rock Resort are launching a holiday package that includes savings on flights and accommodation.

Jetstar’s Sydney-Uluru flights will resume on Friday 9 October with three weekly return services operated on Airbus A320 aircraft with 186 seats.

The restart of fights from Sydney will see Jetstar operating a total of five weekly return flights into Uluru, with two weekly services also landing at Ayers Rock Airport from Brisbane.

The package, which launches today, will be available for travel from 9 October until 29 November 2020 at jetstar.com.

A resolution was passed to appoint Chillada Na Chiangmai to be the next corporate secretary, effective from 2 October 2020 onwards. 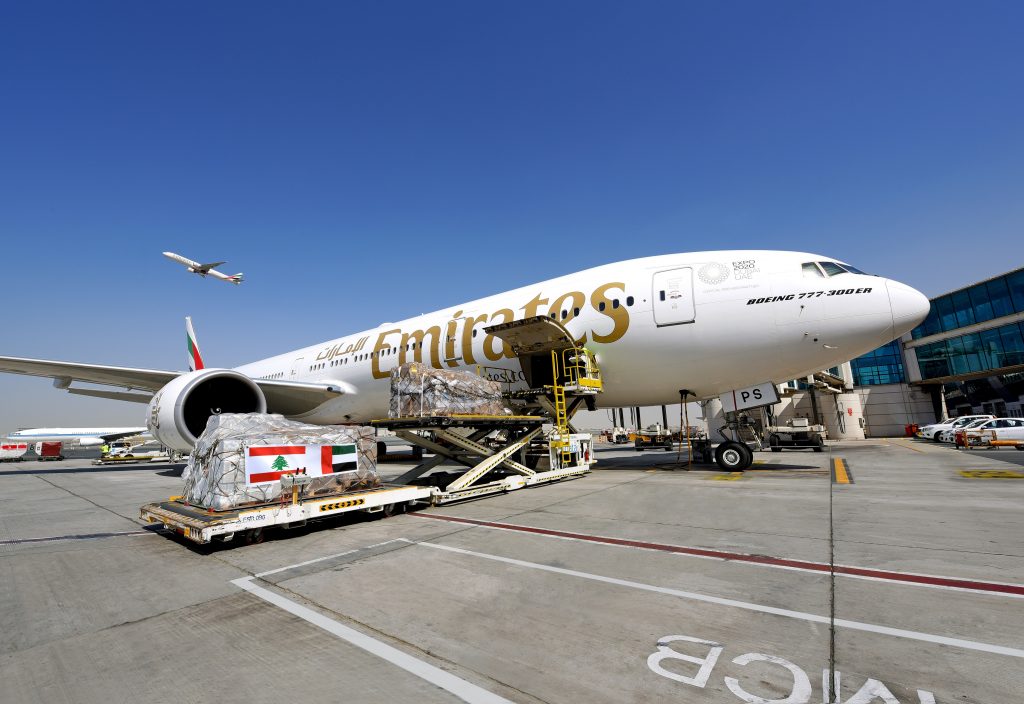 More than a month after the Beirut blasts left behind devastated communities in Lebanon, Emirates continues to do its part to help turn its customers’ collective generosity from all corners of the globe into essential humanitarian cargo to support recovery efforts.

Contributions are continuing to pour in from Emirates customers around the world as cash or Skywards Miles, bolstering Emirates SkyCargo’s ability to scale up resources and provide vital airlift to Lebanon.

In addition, a number of Emirates Skywards members demonstrated their “overwhelming generosity” and commitment to Beirut disaster relief efforts through individual contributions of close to 250,000 Miles each.

In total, over 120 million miles have been donated so far by Emirates Skywards members. The airline will be dedicating donations to Beirut relief over the course of the next two months.

In other news from the airline, Emirates SkyCargo, the freight division of Emirates, and International Humanitarian City (IHC), the world’s largest hub for humanitarian aid, have signed an MoU to cooperate on humanitarian logistics and crisis relief solutions.

Emirates has also announced it will resume flights to Johannesburg (1 October), Cape Town (1 October), and Durban (4 October) in South Africa; Harare in Zimbabwe (1 October); and Mauritius (3 October). The addition of the five points will expand the Emirates’ global network to 92 destinations, as the airline gradually resumes its operations globally.

SITA’s initial trials of WorldTracer Self Service showed that the service has already proved to be popular with travellers, with two-thirds opting to use this service instead of visiting a baggage counter.

In addition to meeting new COVID-19 hygiene requirements, WorldTracer Self Service saves airlines on average $10 for every mishandled bag reported by eliminating the need for additional infrastructure to manage the reporting of delayed bags, SITA claimed.

A flight can be roughly divided into three phases: climb, cruise and descent.

Safety Line, a young French company that specialises in predictive big data solutions for airlines and airports, has made it its mission to help save aircraft fuel and reduce CO2 emissions during all these flight phases with a software suite called OptiFlight.

The focus currently lies on the climb-out – the most fuel-consuming phase of a flight – and the cruise phase. 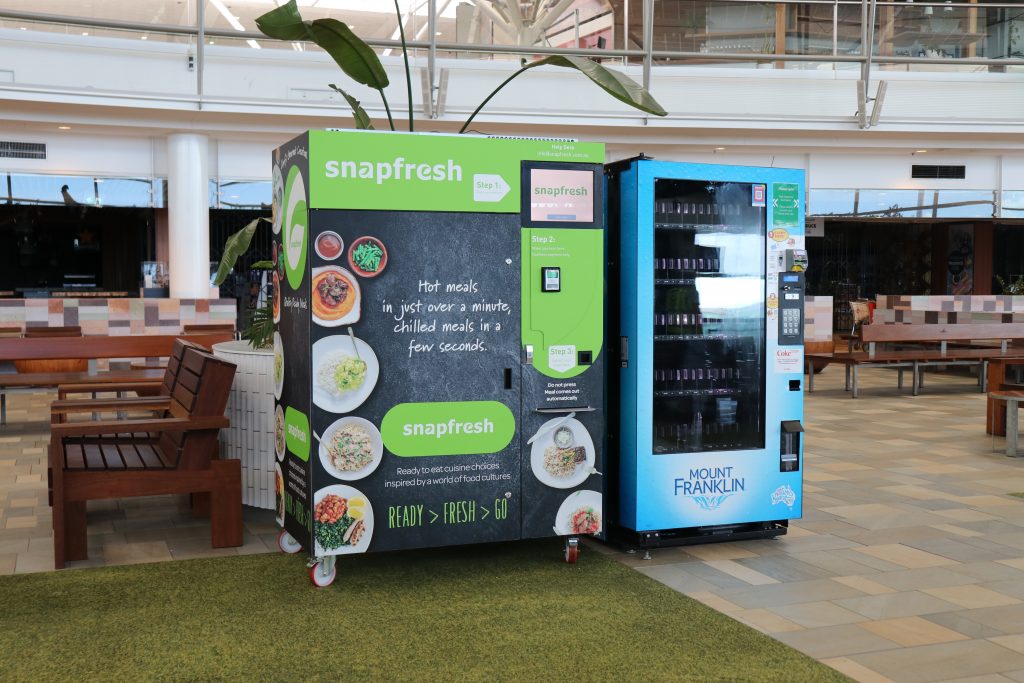 With around 28 weekly international flights scheduled at Brisbane Airport, there is demand for food and beverages – but not enough for the in-terminal retailers to remain open.

Brisbane Airport Corporation executive general manager of commercial Martin Ryan said the machine is “a great addition” to the international terminal at a time where passenger numbers are down 98 per cent.

“Not only does it ensure there are additional food options available for travellers transiting through our airport, but our staff and employees within the airport can also access delicious readymade meal solutions,” he said.