The temporary network had supported Qantas and Virgin Australia to bring stranded Australians home from London, Auckland, Los Angeles, and Hong Kong during the coronavirus pandemic.

But the last scheduled flights from LA reportedly landed in Australia on Monday morning, with the flying kangaroo now turning its focus to recommencing more of its domestic services.

Meanwhile, Virgin Australia’s last international flight as part of the government’s temporary international network is expected to land in Brisbane from LA on Tuesday.

Qantas said it had been “proud to have helped thousands of Australians return home as well as taking foreign nationals back in the other direction”.

“We’re particularly grateful to the crew who operated these regular flights together with charters to various other countries over the past few months,” a Qantas spokesperson told Travel Weekly.

“We’re now working with government to coordinate their continued support of various domestic and regional routes.

“This will complement the network Qantas and Jetstar will be operating from mid-June by underwriting various destinations that would not otherwise be commercially viable and therefore helping maintain critical transport connections.”

Qantas’ repatriation flights were operated on a cost-recovery basis, with passenger revenue remitted to the government to offset cost of operations.

Travel Weekly understands Qantas retains the ability to operate ad hoc international services if required, while some Qantas A330s are continuing to operate as freight aircraft due to high levels of international freight demand.

Virgin Australia said the renewal of the program would enable the carrier to increase its network reach and cities served.

“Pleasingly, the extension of the minimal network allows us to keep some team members working throughout the crisis and continue to keep Australia connected during this time,” a Virgin Australia spokesperson told Travel Weekly.

“We remain in discussions with the government and hope to have a new contract finalised soon.”

Thus far, government grants for the Australian aviation industry reportedly tally up to $1.2 billion in relief.

According to The Australian, Qantas is now on track to receive almost six times the financial assistance granted to Virgin Australia by the federal government, based on publicly available data for international repatriation flights, domestic services, freight-only flights and relief from fees paid to government agencies.

Promised payments to Qantas, which has stood down 25,000 of its 30,000-strong workforce, have totalled $308 million to date, The Australian reported.

While those allocated to Virgin Australia – which was in debt of $6.8 billion before going into voluntary administration – totalled $53 million, outside of the JobKeeper allowance being paid to thousands of stood-down workers.

In the case of funding for the DANS program, Qantas – which was operating 164 weekly services – was reportedly allocated $128 million.

However, despite the support, Qantas expects to reach a net cash burn rate of $40 million per week by the end of June 2020.

The government will continue to cover operating shortfalls for a limited number of services on regional routes flown prior to the COVID-19 crisis.

Regional Express (Rex) has so far been promised $80.8 million in support from the federal government, prompting allegations the airline is the biggest recipient of the $1.2 billion in public grants. 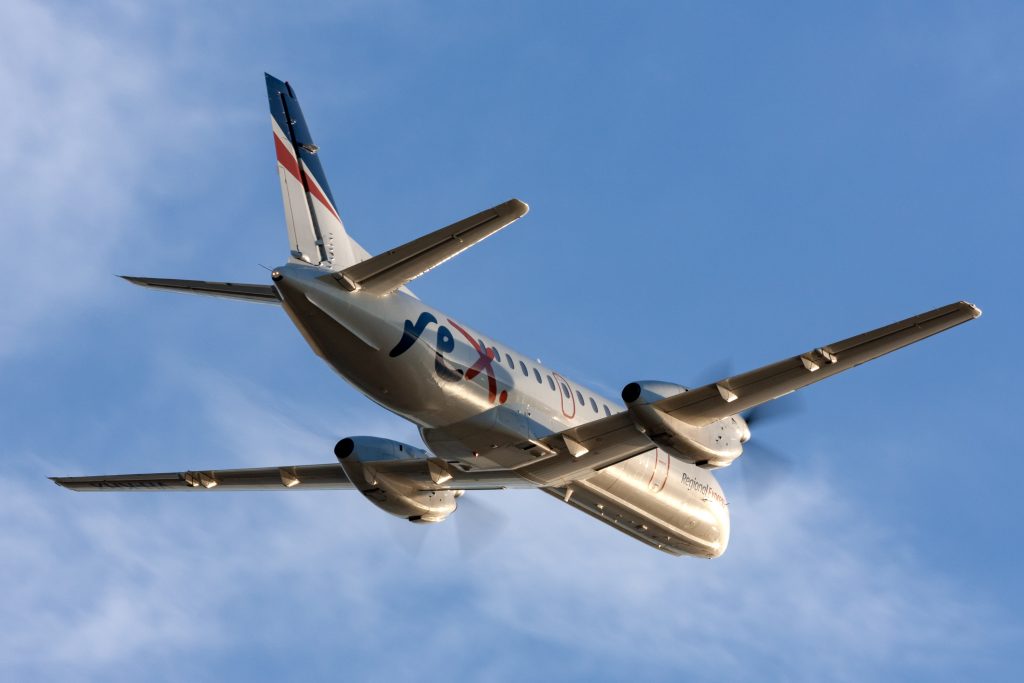 According to The Australian Financial Review, support for the regional carrier is worth 21.3 per cent of its annual revenues or the equivalent of giving Virgin $1.2 billion and Qantas $3.8 billion.

However, Rex said the amount received by Qantas and Virgin Australia would eclipse what the regional carrier secures many times over, citing the $165 million support package specifically for the two carriers and the RANS scheme, which is open to Rex, QantasLink and Virgin Australia Regional Airlines.

In addition, Rex claimed the two airlines would receive 90 per cent of the remaining funds from the $715 million Australian Airline Financial Relief Package that was not directed to AirServices Australia, which was expected to receive the majority of relief from the package.

“The federal government has justifiably placed regional aviation as a national priority and has provided appropriate assistance to ensure that regional communities will retain their vital air services after the COVID-19 crisis is over,” Rex said in a statement on the ASX.

“Rex as the operator of the largest number of regional routes is naturally allocated its proportionate share of assistance.

“While Rex is grateful for the assistance provided by the federal and state governments, Rex has also contributed significantly, over the past two decades, to the Australian society by paying its fair share of federal and state taxes/duties, by providing secure employment and by providing a reliable and affordable air service to regional and remote communities, which if not for Rex, may never have enjoyed an air service at all.”