Are you ready to welcome your week in the best possible way? Here’s the latest and greatest news from destinations near and far.

The Queensland government has announced an $11.3 million package to boost Far North Queensland tourism as part of the state’s economic recovery strategy to assist businesses to make it through COVID-19.

The four projects offered support are:

To celebrate the Maldives recently reopening its borders to international tourists, Visit Maldives is hosting an enlightening webinar for travel trade and media on 10 September 2020, from 4pm to 5pm (EST).

The committee kicks off the first two of 15 workshops held in region today, starting with the Murray River, Lakes & Coorong and the Riverland.

The RVS is about supporting South Australia’s regions to not only recover tourism, but grow it to meet the State Tourism Plan target of $4 billion generated in the regions by 2025. 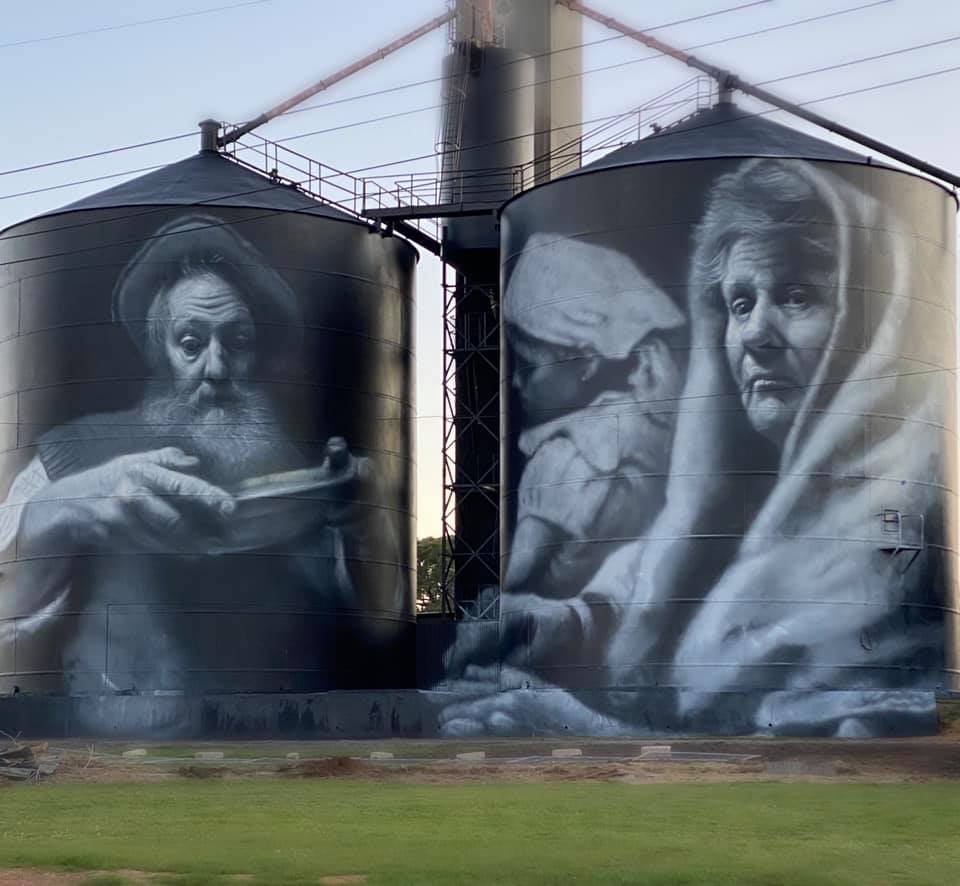 Grampians Tourism has unveiled new silo art situated in St Arnaud in the Northern Grampians. The project is the work of local artist Kyle Torney who spent around 800 hours creating the masterpiece, which depicts the gold mining history of the town.

The artwork, which was part-funded by St Arnaud ArtSpace and Northern Grampians Shire Council, is named ‘Hope’ and tells the story of the gold mining era that shaped St Arnaud in the 1800s.

The design process involved engaging the residents of the town through the local newspaper to select from a series of four design ideas.

Once selected the silo was cleaned and primed before a huge grid was created to ensure the proportions work when painting the faces. The process involved around 30 to 40 trips a day up and down the silo to check the artwork from a distance, to ensure the image was in proportion.

‘Hope’ can be viewed at McMahon Street, St Arnaud, Victoria.

Events and new products in the NT

Madame Tussauds Sydney, SEA LIFE Sydney Aquarium, Sydney Tower Eye and WILD LIFE Sydney Zoo are on the hunt for a CEO – aka chief entertainment officer – to take charge of the grown-ups for a day.

These school holidays, one pint-sized boss aged between 6 and 12 will be hired to complete some VIP tasks while receiving a money-can’t-buy, behind-the-scenes experience across all four attractions.

Among the tasks the CEO can look forward to are:

And, if the news out of Merlin Entertainments wasn’t already cute enough, fathers of all fluffy, feathery and scaly sorts were treated to a little extra love and enrichment at WILD LIFE Sydney Zoo on Sunday, in celebration of Father’s Day.

First-time dad Alfie the Koala, who welcomed the arrival of his first joey Ilani late last year, was gifted with a bouquet of gum leaves and loving cuddles from Marina, his keeper (pictured below).

Meanwhile, Australia’s Illawarra Fly, WILD LIFE Sydney Zoo, and Rippon Lea Estate along with new trail partner The Ginger Factory will be the first in the world to activate The Gruffalo Spotter 2 app on-site when it launches across all locations in September.

Samoa’s 30th annual Teuila Festival, one of the largest cultural festivals in the South Pacific, is being celebrated in Samoa this week.

Australians have the opportunity to experience a taste of Samoa’s unique traditional culture from the comfort of their own living rooms, as the festival goes digital in the wake of COVID-19.

To celebrate the special anniversary of this renowned event, festival organisers will be streaming live event coverage and highlighting iconic performances from the past 30 years on the Samoa Tourism Facebook and Instagram pages.

In spite of the ups and downs of an extraordinary year, Galway 2020 European Capital of Culture is back with an exciting re-imagined program, according to Tourism Ireland.

From September until March 2021, more than 350 artists from Galway, and across Ireland, will take part in a series of events celebrating the creativity for which the west of Ireland region is renowned.

The new Galway 2020 European Capital of Culture program will offer both live and digital components, ranging over 28 projects and hundreds of events that continue the original theme of ‘Language, Landscape and Migration’.

Highlights will include the unveiling of Mirror Pavilion, an installation by Irish artist John Gerrard, which was commissioned by Galway International Arts Festival for Galway 2020.

Tourism Noosa, through its Plastic Free Noosa Program, has found an amazing solution to single-use plastic water bottles, launching its new water bottle strategy to members and industry on Monday 31 August at the Noosa Heads SLSC.

In what is an Australian first, each carton of water will come as a collection of four bottles that create a stunning representation of Noosa, both in and out of the fridge.

Tourism Noosa’s head of sustainability manager, Juanita Bloomfield-Terry, said: “Places where people want to visit and live and that are sustainable don’t happen by chance, they are a product of visionary thinking and smart planning.

Memphis, a melting pot of the world when it comes to music, has been nominated for both the ‘Best Use of Music to Drive Tourism’ and ‘Best Global Music Office’ categories.

The global competition that is the Music Cities Awards is designed to acknowledge and reward the most outstanding applications of music for economic, social and cultural development in cities and places around the world.

There are a total of nine Music Cities Awards categories, that span everything from small to large city initiatives, tourism, music offices and night-time economy, among others.

This year, the awards will also welcome a prestigious jury that will include names such as Al Bell, former chairman and owner of Stax Records, Sandra Wall of the UNESCO City of Music Municipality of Norrkoping (Sweden), and Dr. Lee Dong-yeun, Professor at Korea National University of Arts and organiser of the Global Music City Seoul.

Helsinki Design Week, the Finnish capital’s multidisciplinary festival, will this year run as a hybrid digital and physical format.

Running from 3 to 13 September, its main exhibition program will be hosted from the newly renovated Helsinki Olympic Stadium, with a stream of digital events taking the design festival to a wider audience and those unable to attend in person.

Now in its 16th year, the Helsinki Design Week will celebrate the theme Commitment Matters, raising questions regarding how we can achieve and improve on meaning and long-term value in design.

In a partnership with Virtual Helsinki, the program will include Helsinki Virtual Design Street, a street-long virtual exhibition, transforming the city’s main shopping street, Aleksanterinkatu, with three installations from emerging Finnish designers.

Samoa to reopen for international visitors by September

The Pacific Island paradise has been working hard behind the scenes and will soon be ready to welcome Aussies back to its stunning shores.