The Academy Museum of Motion Pictures is set to open to the public, following a three-year delay.

Featuring props, scripts and highlights from some of cinema’s best-loved motion pictures, including Alien (1979), The Big Lebowski (1998) and Casablanca (1942), the Los Angeles-based museum aims to be the world’s premier institution dedicated to the art and science of film.

A love letter to cinema, the Academy Museum will likewise feature the restored Saban Building – formerly known as the May Company building from 1939 – at the corner of Wilshire Boulevard and Fairfax Avenue, Los Angeles.

Speaking at the 92nd Academy Awards ceremony, actor Tom Hanks announced the museum will be open to the public on Monday, 14 December 2020 – eight years after it was announced.

“There is plenty of culture to be found in the City of Angels,” Hanks said. “But there has never been a museum dedicated to the art and science of motion pictures.”

Hanks made the announcement in his capacity as museum trustee and co-chair of the Academy Museum campaign, along with co-chair Annette Bening and chair Bob Iger.

Academy Museum to open over budget after build setbacks

The Academy Museum recently announced that 95 per cent of its $388 million pre-opening campaign has been finalised, and installation of four floors of immersive, innovative exhibitions is now beginning.

Designed by Pritzker-Prize winning architect Renzo Piano, the museum will include the 1,000-seat Geffen Theatre, which will be housed within a raised concrete orb, topped with a glass covering and rented out for premieres.

Another 288-seat theatre will be in the basement, alongside a restaurant and galleries.

The eagerly awaited museum will, however, open after a three-year delay US$100 million ($148.6 million) over budget.

Museum director Bill Kramer, who was hired in late September and started full-time in January, told Variety that costs had ballooned over “many years”, with construction of the Renzo Piano-designed museum proving more difficult than expected.

“The sphere was a very complicated piece of architecture to build,” he told Variety, adding: “We’re thrilled with it. It’s beautiful. It’s exactly what we wanted.”

The Academy is expected to launch a US$100 million bond offering to cover the cost overruns and will now have to undertake a second “post-opening” fundraising campaign.

“I think it’s very safe to say we have a grip on the budget,” Kramer told Variety. “We have a strong sense of schedule and timeline.”

Details will continue to unfold as the museum gets closer to opening. The Academy Museum has also provided a detailed look at the layout of the museum, which you can view below. 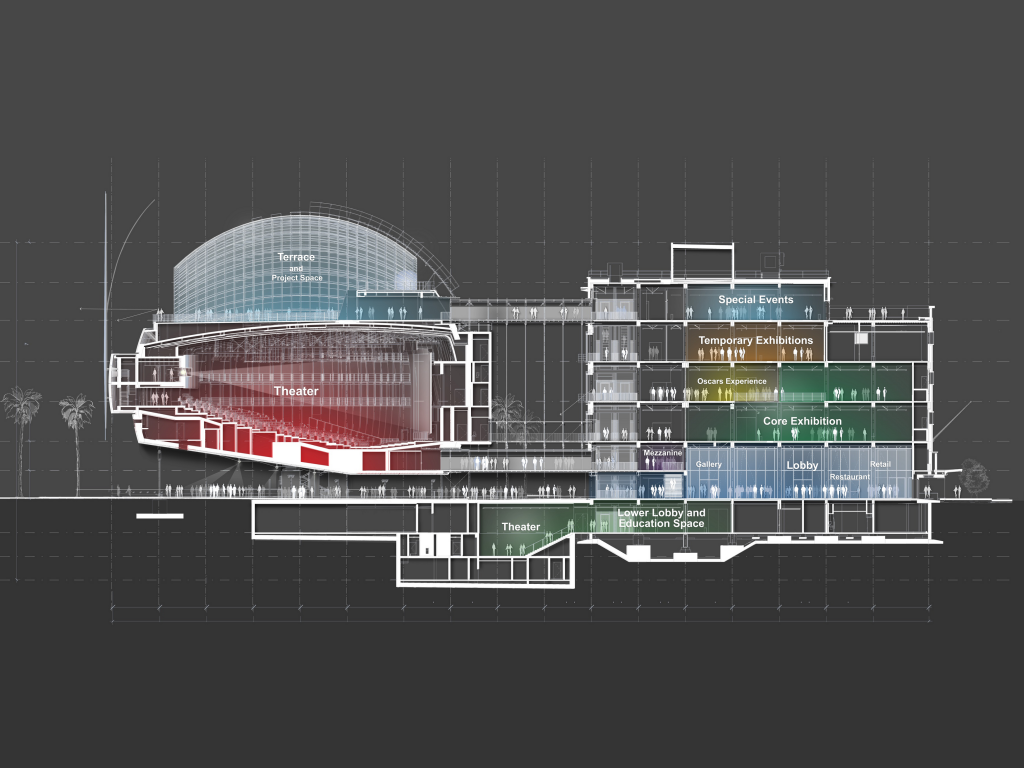 REVEALED: All the winners from this year's Cruise Industry Awards

Aussie traveller questioned about abortion history before deported from US

A woman who travels the world cutting costs by cat-sitting said she was repeatedly asked if she was pregnant or had had an abortion after being detained while transiting through LA.