Technology at the forefront for United

United says it is striving to “empower its customers” as it continues to roll out enhancements across its fleet and major ports – with technological innovation rather than frills its main priority.

Director Australia and New Zealand Alison Espley told Travel Today that the airline is working to provide its passengers with greater choice, in line with its Fly the Friendly Skies advertising campaign, launched in September, which paints it as “flyer friendly”.

“That goes from being network-friendly to technology-friendly to people-friendly – providing customers with what they want,” she said.

Although United only this year introduced personal inflight entertainment screens for its economy passengers on its Australia routes through the introduction of Boeing 777 aircraft, its US offering is more advanced.

There it offers affordable onboard wifi, with the airline confirming its intention to roll the service out to its international routes, including those to Australia, at some point in the future.

In April, it launched a new concourse at Boston's Logan Airport offering a range of technology-powered tools such as self-service kiosks, self-tagging of bags and self-boarding of aircraft. It also recently launched an Android version of its popular iOS app.

“From a technology standpoint, we’ve been right there at the forefront in terms of enhancements,” Espley said.

“The transparency and empowerment for individuals is huge.”

United’s efforts to reduce carbon emissions also form a significant part of its innovation strategy and have been recognised, with the airline winning the Air Transport World eco award for leadership in that field last year.

“We’re making all sorts of efforts from the type of cup that we use on board to being first airline this year to introduce split scimitar winglets further reducing fuel consumption by 2% to the already installed winglets already have,” Espley said.

“It’s about allowing customers to redeem reward scheme miles to offset carbon emissions and, of course, it’s about new aircraft like the Dreamliner of which we have another 55 on order, all of which burn less fuel and emit less carbon emissions.

“And all of that is about technology.”

In February, the carrier announced it would commence direct services between Melbourne and Los Angeles from October 28 to be operated by a new Boeing 787-9 Dreamliner. Although originally scheduled as a six times weekly service, United has since confirmed that it will rise to daily from March 12 2015.

However, providing customers will inflight “frills” such as complimentary alcohol or celebrity chef-designed meal offerings is less of a priority, Espley admitted.

Alcohol is no longer free on Australian routes, with the change last year “bringing the Pacific in line with the rest of the world for consistency”, she explained, adding there has been little negative response to the shift.

“In fact, a number of people find the cabin a quieter environment,” she said. Those that wish to consume alcohol still have the option to purchase it.

“Our focus as an airline is on providing a flyer-friendly, practical, business-like service,” Espley stressed. "But we'll continue to listen to our customers." 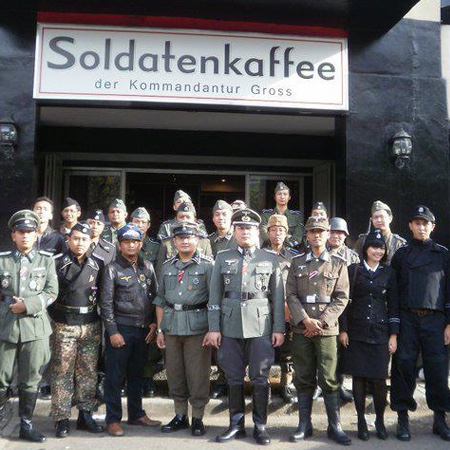 Get ready to see a few more shadows of a flying kangaroo, with the national carrier set to increase its domestic presence.

Australia’s capital has been paid a visit by a group of suppliers impacted by the cruise ban. However, that’s not to suggest there was any mafia-style behaviour.

Get ready to see a few more shadows of a flying kangaroo, with the national carrier set to increase its domestic presence.