Australian passport-issuing officers are no better at identifying if someone is holding a fake passport photo than the average person, new research has found.

A study of Australian passport office staff by a team of psychologists has showed a 15 per cent error rate in matching the person to their passport photo.

Tests were carried out by researchers from the universities of NSW, Aberdeen and York.

Passport officers had to decide whether or not a photograph of an individual presented on their computer screen matched the face of a person standing in front of their desk.

In 15 per cent of trials the officers decided that the photograph on their screen matched the face of the person in front of them, when in fact the photograph showed an entirely different person.

The findings, published in the scientific journal PLOS ONE, suggest a single passport photo is not sufficient for security systems to be accurate.

Professor Mike Burton, from Aberdeen University, said psychologists identified about a decade ago that in general people are not very good at matching a person to an image on a security document.

"Familiar faces trigger special processes in our brain – we would recognise a member of our family, a friend or a famous face within a crowd, in a multitude of guises, venues, angles or lighting conditions. But when it comes to identifying a stranger it's another story.

"The question we asked was does this fundamental brain process that occurs have any real importance for situations such as controlling passport issuing, and we found that it does."

In a second test, the passport officers were asked to match current face photos to images taken two years ago.

Error rates on this task rose to 20 per cent – the same result as a group of untrained student volunteers who were also tested.

Burton said the ability to accurately match a face to an image is "not necessarily something that can be trained".

"It seems that it is a fundamental brain process and that some people are simply more adept at it than others.

"Our conclusion would be that focusing on training security staff may be ploughing efforts in the wrong direction.

"Instead we should be looking at the selection process and potentially employing tests such as the ones we conducted in the study to help us recruit people who are innately better at this process," he said.

Because of the study, the Australian Passport Office now sets face-matching tests when recruiting staff and when selecting facial comparison experts.

"It seems strange that we expect a single passport shot to encompass a person and allow us to consistently recognise them.

"Could there, in fact, be an argument for our passports to contain a multitude of images, taken at different angles, in different lighting and formats? This is certainly something our study is examining," he said. 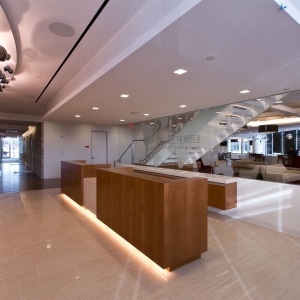 Looking for some tips on marketing travel in the ‘new normal’? Well, you could keep looking, or you could just call the search off and read this.

Kiwi agents and travellers to be reimbursed under new government scheme

Jacinda Ardern and her team are looking after New Zealand’s agents and travellers with a brill new scheme. Over to you, ScoMo.

INFOGRAPHIC: Most travellers ready to book domestic and international trips (if these 10 measures are in place)

New research tells us that airlines, airports, hotels and car rental companies must comply with this laundry list of safety measures in order to woo back travellers.