Imposing capacity conditions on four overlapping Qantas and Emirates trans-Tasman routes would deliver a "major setback" for Canberra and its bid to attract international flights, airport officials have warned.

In a submission to the Australian Competition and Consumer Commission (ACCC), the airport said the conditions would deter carriers from entering other markets and also add to the growing congestion at Sydney Airport.

The ACCC, in its draft ruling to approve the Qantas/Emirates alliance, said it would impose capacity conditions between Sydney-Auckland, Melbourne-Auckland, Brisbane-Auckland and Sydney-Christchurch, routes which are operated by both carriers.

Canberra's concerns were echoed by Qantas who said the conditions do not recognise the "broader competitive dynamics" of the Tasman.

"In imposing this condition the ACCC is inadvertently impairing Canberra and the broader south-east region of New South Wales from being serviced by direct flights across the Tasman," Canberra Airport managing director Stephen Byron said.

"A decision to tie up airline capacity into other Australian ports would deliver a major setback to introducing international flights to Canberra."

While the ACCC acknowledges that such conditions may deter carriers from entering other routes, the airport said it fails to take into account the detriments that would cause.

Byron urged the regulator to include details of the negative impact when it weighs up the net benefit of the proposed alliance.

He suggested imposing conditions on overall trans-Tasman capacity and where Qantas commences Canberra-Auckland and/or Canberra-Wellington services "this capacity is added to either Sydney-Auckland or Melbourne-Auckland capacity for the purposes of complying with the condition".

Meanwhile, Adelaide Airport has called on the ACCC to allow a concession allowing the reallocation of one aircraft from Sydney to Adelaide.

The reintroduction of Auckland-Adelaide was of "key interest", the South Australian airport said.

"It is our understanding that with the number of carriers serving the Sydney-Auckland route, overall load factors tend to be low," managing director Mark Young said. "In our view a clear opportunity exists to utilise the apparent spare capacity on the daily Emirates A380 (489 seats) which would adequately accommodate the full traffic load of the Qantas B737-800 (168 seats) on all or most occasions."

Such a concession would not lessen capacity from Sydney but deliver "a significant competitive outcome for South Australia", he added.

In its own submission, Qantas called for a total Tasman commitment rather than one that is route specific, and said the four routes identified by the ACCC are "characterised by significant overcapacity".

Under the ACCC proposal, Qantas said it would be unable to launch an Adelaide to Auckland service as it would not have available aircraft.

"This new direct service would only be possible because of the flexibility to utilise Emirates' capacity on Sydney-Auckland services and redeploy a Qantas aircraft for us on this new route," it said.

Qantas added that imposing the route-specific conditions "would pro-competitive expansion on other Tasman routes". 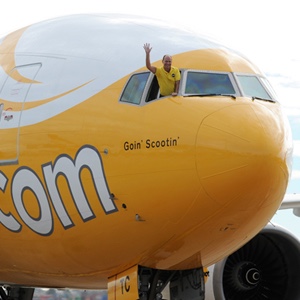 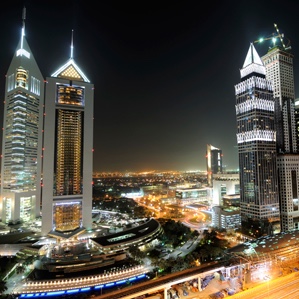