If, like Travel Weekly, you’re suffering from a case of itchy feet, we have just the thing for you.

The crowds may be gone, and the experience might not be as personal, but it’s the next best thing to get you out of your head and back into the world.

Here are a few lesser known gems to get you started:

Keen to get a taste of the French high life? See the Château de Versailles in all its glory on an historic exploration of the monument.

While comfy at home, plunge into the depths of the Earth on a virtual tour of the Lascaux Caves, a UNESCO World Heritage site nestled deep below the Dordogne Valley.

Spend the night at the Musée d’Orsay, discovering the works of Van Gogh and Cézanne, and the masters of Impressionism and Post-Impressionism.

Get your head in the clouds for the Musées des Impressionnismes in Giverny, and explore this stunning exhibition, which features works from more than 70 artists of the Impressionist movement. Click here for more.

And for something quirky, check out the capital of French lace on a tour of the city of Calais in northern France. La Cité de la Dentelle et de la Mode de Calais (Museum of Fashion and Lace of Calais) is yours to discover on Google Arts and Culture over four stories.

But what visit to France would be complete without a tour of the Eiffel Tower? See the iconic landmark as never before with an historic look through the past on a virtual tour, available here.

For more information on how to tour France from home, click here.

Making it possible to still have a slice of New York, the world’s most famous building is providing EarthCam views of Manhattan and itself, to give travellers a taste of what they can experience in person post COVID-19.

In addition to the EarthCam, The Empire State Building also provides avid travellers access to an interactive audio tour in multiple languages, available through the website or its app.

After visiting the Empire State Building with EarthCam, use the camera icon to capture and share the most picturesque moments with the Hall of Fame section, or with friends and family on Facebook and Twitter.

One of New York’s most famous natural wonders, Niagara Falls, and its surrounding state park can be enjoyed from the comfort of your own home.

This YouTube video allows an up close view of the falls, the famed Maid of the Mist boat visit, the Cave of the Winds (which takes visitors within metres of the crashing falls) and a helicopter ride over them – all without getting your hair wet.

It’s a virtual reality video too, and even if you don’t have VR goggles at home, you can still enjoy by navigating the video with your mouse.

New Caledonia Tourism and its partners have a collection of videos available via YouTube and online that are perfect for exploring the South Pacific destination from home.

Many of the videos show off New Caledonia’s adventurous side, including helicopter rides over the Heart of Voh, kayak trips through New Caledonia’s UNESCO World Heritage-listed northern region, and island hopping through the stunning Loyalty Islands, among others.

Give the kids a nature fix

One of the toughest parts of being indoors is not being able to connect with nature, especially for children.

But thankfully, no shortage of zoos, parks, conservation centres and animal-friendly locations are live streaming footage to the world.

Beekman 1802, a company producing goat milk beauty products and cheeses in Central New York, has a live webcam of its baby goats.

In the Hudson Valley, the Wolf Conservation Center has a webcam of its wolves and their dens, which you can view here.

The Wild Center in the Adirondacks shows off New York State’s stunning natural beauty and landscapes, and offers virtual tours of its museum and ‘Wild Walk’ among the wilderness.

However, our personal favourite has to be the bear cam at Brooks Falls, Alaska.

If you get the season, and time of day, right, chances are you’ll lose most of your day watching hungry bears catching salmon.

Closer to home, Taronga Zoo’s Taronga TV is broadcasting footage of its tigers, seals, elephants and more. While Victoria’s Melbourne Zoo and Werribee Open Range Zoo have also set up live streams, which you can check out here.

Experience a Singita 3D safari in your living room 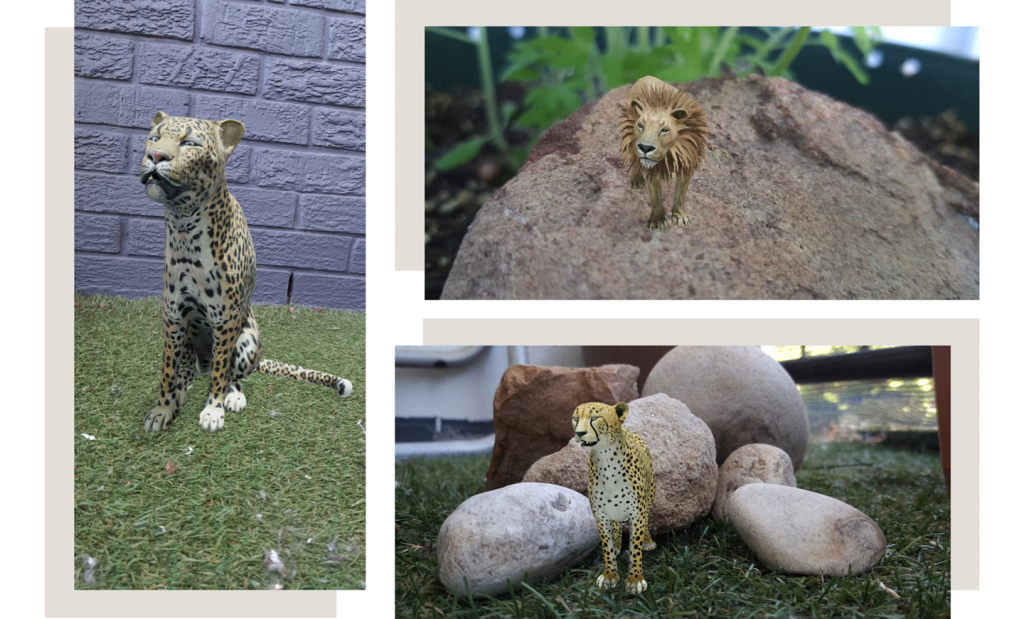 You may not be able to step into the wilderness right now, but there’s no reason not to get up close and personal with some of the most magical creatures of the bush.

Thanks to Google 3D Animals, young travellers can encounter life-sized animals right in their own homes.

Simply open Google on your Android or iOS device, search for the first the animal that pops into your head. Scroll down the search results until you see an animated box saying, “Meet a life-sized [the animal you searched for] up close”.

The box will include the animated animal on the right. Look for the “view in 3D” button in the bottom left and click on it, and have fun.

Go beyond the groove of Memphis

Best known for its music, there’s plenty more to make the most of in Memphis.

One of the city’s most famous landmarks, Graceland, is giving people a live look at Elvis’ former home with a new live cam.

With millions devastated by the cancellation of this year’s Olympics, the Memphis Zoo has launched its own Zoolympics featuring animals across the zoo.

For kids being kept at home, the city’s Playhouse on the Square will be streaming Story Time in Neverland for educational entertainment, and The Pink Palace’s Museum to Go gives parents and kids access to activities to do at home, movies, and planetarium shows.

For music lovers, the Blues Foundation will be creating virtual events to replace the Blues Music Awards and Blues Hall of Fame Inductions.

The opening of Stax Museum’s digital archives is also likely to be music to the ears of those looking for musical relief at home.

Plus, the just released Uncorked on Netflix gives a great glimpse into the food and wine scene of the city.

Get a taste of Texan culture

We may be locked at home, but there’s no reason why we can’t get our music fix.

And thanks to the folks of the Live Music Capital of the World, Austin is broadcasting to the world, with the Austin Opera coming to people live through a new broadcast series on Facebook.

For a culture fix, experience some of Texas’ fascinating history through a virtual tour of the Alamo, located in downtown San Antonio.

And for the kids, the Children’s Museum of Houston has begun a daily virtual learning broadcast schedule.

Sit down for the Emerald City’s virtual concert calendar

With musicians now unable to perform in their usual haunts, local Seattle acts have begun live-streaming their home concerts online.

Housed on a Virtual Concert Calendar, which has been curated by a Pacific Northwest company, Artist Home,  people can tune into a new show almost every day of the week.

Ready to test your grey matter? Take a tour of the Pacific Science Centre, or visit the Museum of Flight for virtual, 3D tour of some of its aircraft.

Feast your eyes on the bright lights of Las Vegas

Explore one of Vegas’ coolest Downtown museums with the Neon Museum app (password: NEON), which is now allowing users to virtually experience vintage Vegas through its neon signs and bright lights.

The experience is complete with audio commentary, photos, plus highlights of Tim Burton’s exhibit, ‘Lost Vegas’.

With six residencies, Vegas is renowned as one of the best places to catch a Cirque show, and now the company is bringing a little of its acrobatic magic to the virtual world.

The Mob Museum has also released an app allowing users to take an interactive, in-depth history lesson as they journey through some of the museum’s most popular organised crime and law enforcement exhibits.

Using facial recognition technology, the app also allows users to find their ‘Doppelgangster’ by comparing their facial features with a database of notable heroes, villains, singers, comedians and entertainers from the Mob world, to find their closest look-alike.

The museum has also released a selection of virtual tours, available here.

Did we miss your favourite live stream or virtual tour? Help us to spread the word by getting in touch with editor@travelweekly.com.au.