Virgin Australia has unveiled its new interior design prototype on TikTok today, with a funky new seat experience to be trialled on two of the airline’s nine new Boeing 737-800 aircraft.

Mirroring the configuration of Virgin’s existing Boeing 737-800 fleet interior, eight new business-class and 162 economy seats have been fitted with a new horizontal rib design, which aims to support and comfort.

In a nod to Virgin’s existing signature design elements, the famous purple LED interior lighting that adorns its aircraft has returned, and an embossed leaf pattern design, which features in most of the airline’s airport lounges, has been pressed into the economy headrests. 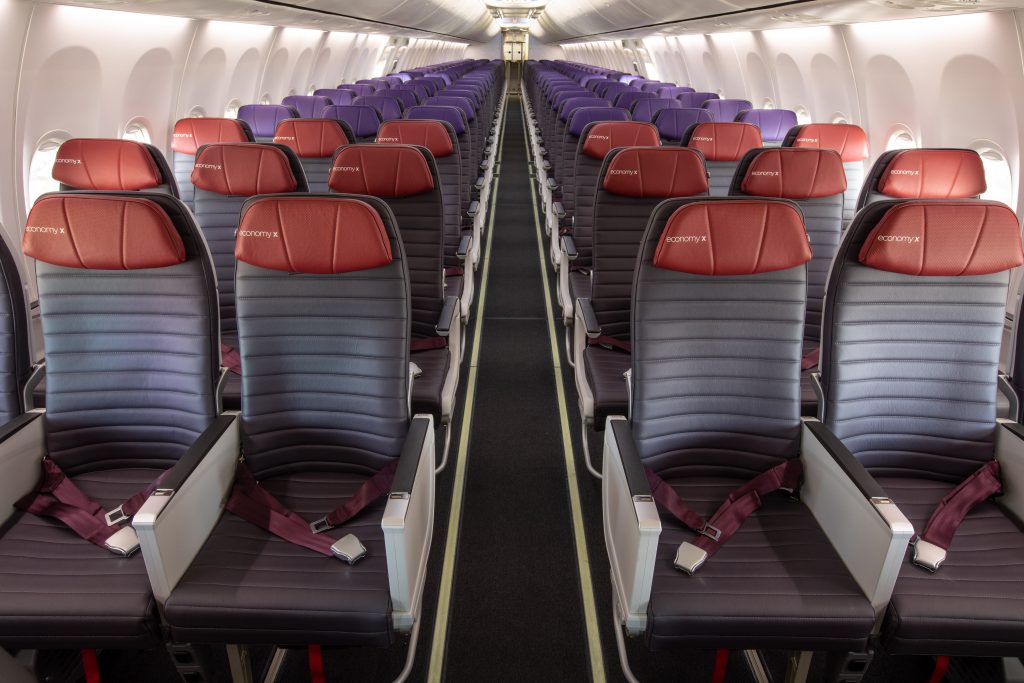 Along with the seating features, the airline has fitted the prototype cabin with self-deployable, non-slip cocktail tables, perfect for pre-departure bubbles, as well as movable tray tables with in-built device holders, so you don’t have to fumble about with your phone during meal service.

In a first for the airline, the economy cabin seating features a seatback device holder, which accommodates everything from a small smartphone to a larger tablet, making it easier to use personal devices for entertainment in the air. 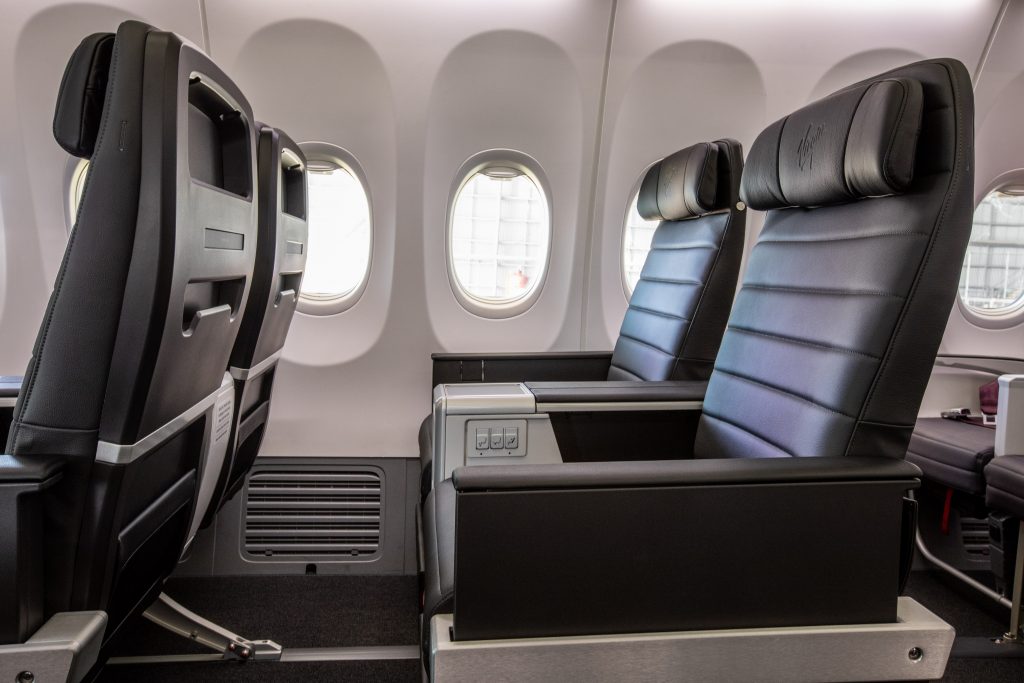 Another nifty feature is the upper safety card and menu stowage, freeing up seat pocket space for magazines and books impulsively purchased at airport news agencies.

According to Paul Jones, Virgin Australia Group’s chief customer and digital officer, the new interior added to a long list of customer enhancements the airline has rolled out since relaunching almost 12 months ago.

“Virgin Australia is committed to being a customer-led business, so once we receive feedback from our guests and crew, we’ll consider implementing elements of the new design as our fleet grows,” Jones said.

“We can’t wait for guests to experience the new interior for themselves, if they’re lucky enough to fly on either of the two aircraft that have initially been fitted with the new design.

“We’re really focused on creating great experiences for our guests, and the design has been carefully considered to implement thoughtful features that we know will make travelling with Virgin Australia all that more enjoyable.”

In other Virgin news, the airline has launched a generous bonus offer for Velocity members who activate and book flights on select partner airlines and routes for travel from Australia between 1 December 2021 and 30 June 2022.

Earlier this month, Virgin’s inaugural service linking Perth and Launceston took off, and the airline announced just this week that it had appointed advertising agency Special as its brand and creative partner.

Meanwhile, Youfoodz is giving customers who link their Velocity membership the chance to eat and earn two Velocity points for every $1 spent online at Youfoodz.com until 30 November (minimum spend $49, excluding delivery).

Plus, customers can score an additional 1,000 bonus points the first time they earn Velocity Points with Youfoodz (terms and conditions apply, of course).