[Travel Weekly warns this article contains language some readers may find offensive.] A joke online tourism campaign urging COVID-19 hit Melburnians to stay away from Victoria’s regional towns is proving as much a hit as it is a headache.

Called the ‘Do not visit Victoria’ project, the rather sweary poster campaign is the brainchild of two Melbourne advertising creatives, copywriter Jess Wheeler from advertising agency Fenton Stephens and designer Guillermo Carvajal.

What was initially intended as a joke, the campaign features retro images of some of Victoria’s most-loved tourist spots including Apollo Bay, Bendigo and Ballarat. However, all come with a similar sweary theme.

A picture of penguins on a beach reads: “Enjoy picturesque Phillip Island/on Google Streetview, you shit head”. While one for Mansfield adds: “It will be literally breathtaking if you arseholes don’t keep your distance.” 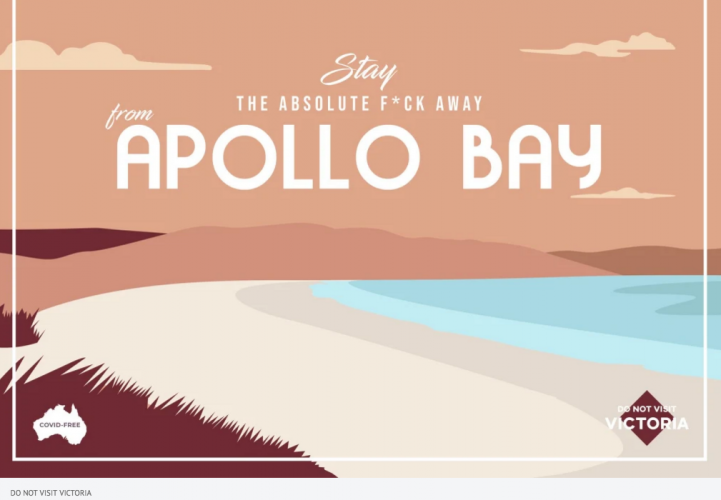 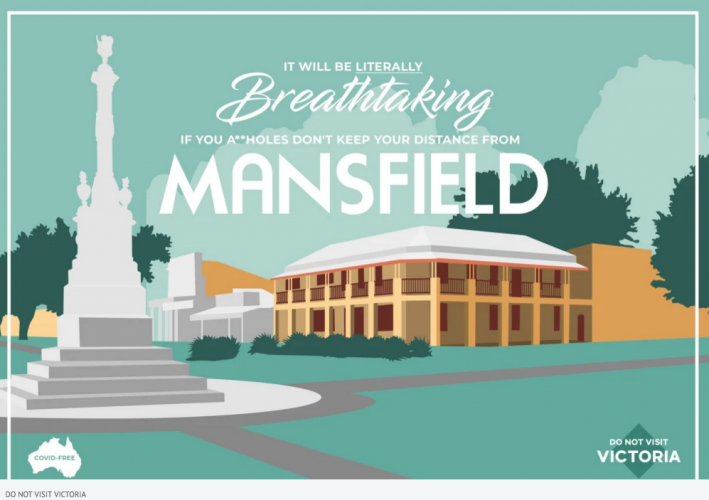 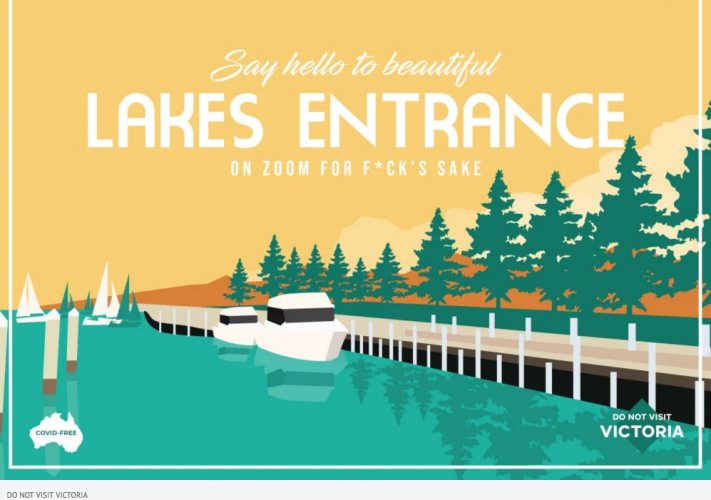 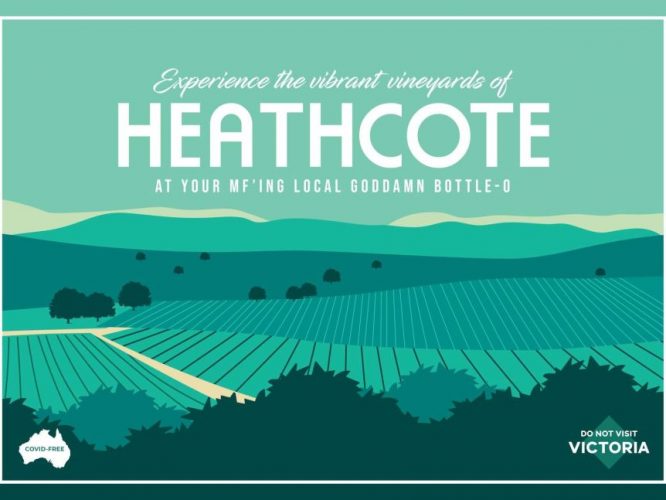 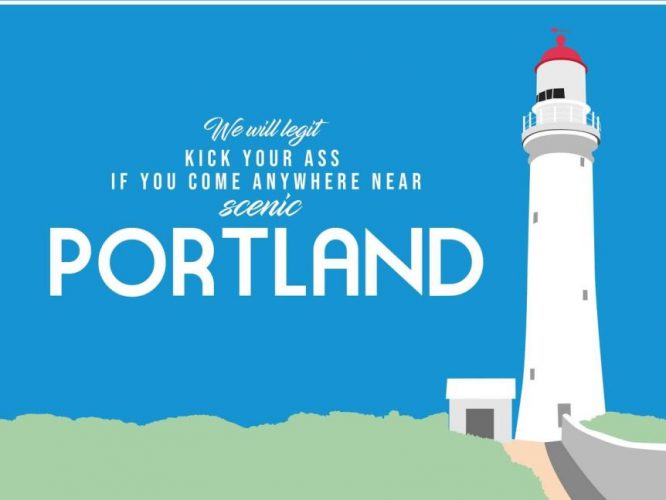 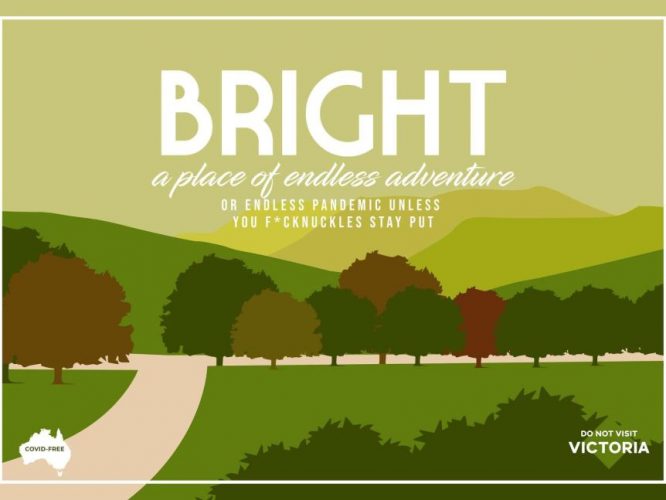 Already the campaign has become a social media hit, with reports other regional centres are asking to be included to help minimise the risk of COVID-19 being spread to their towns.

To counter that, some tourism officials argue that the spoof campaign could be doing more harm than good for regional centres that depend on tourist dollars to survive, particularly those already reeling from the bushfires earlier in the year.

Wheeler said of the impetus behind the joke campaign: “We were just spit-balling ideas as to what we can do in this situation, and were reading about how people from Melbourne were fleeing to regional Victoria, either to their holiday homes or just tyring to shack up in hotels.

“It was quite distressing for the towns that don’t have the infrastructure to handle an outbreak,” Wheeler told ABC News.

However, some of the towns featured are less than impressed by the duo’s efforts.

Shane Kidd, president of the Lakes Entrance Business and Tourism Association, said he was appalled at the slogan for his town: “Say hello to beautiful Lakes Entrance on Zoom for fuck’s sake”.

“We’re very reliant on day-trippers and short-stayers to keep coming from regional areas in Victoria, specifically the Latrobe Valley and east of Melbourne.” He told The Age.

Apollo Bay Chamber of Commerce president Bob Knowles said he didn’t think it was appropriate to tell people to f*ck off, in any circumstances.

“I think it’s misguided and these people don’t understand the huge importance of the visitor population to small marginal towns,” he said.

The Mayor of Colac-Otway Shire which includes Apollo Bay, Jason Schram, was also left less than impressed by the campaign.

“People in regions like the Colac-Otway Shire have adhered to the rules and done everything right, but businesses are [still] closing and people are out of work. I personally didn’t see the funny side of it,” he told ABC News.

Visit Victoria, who had no involvement in the campaign, declined to comment when contacted by Travel Weekly.

"I can't even afford one house": Airbnb slammed for suggesting host donations

Dan Andrews has reportedly been playing Duke Dumont’s “Red Light Green Light” on repeat in his office in celebration of this news.

Tasmania Police said the child died after falling approximately 10 metres down a cliff at Sand River conservation area in Buckland.