The company posted $20.3 million in revenue in the three months to 30 September, up 62.7 per cent on the prior corresponding period.

Helloworld’s TTV for the September quarter (based on unaudited management accounts) was $266.5 million, up 50.7 per cent on the same period last year.

Earnings before interest, taxes, depreciation and amortisation (EBITDA) was at a $3.6 million loss in the September quarter, improving on Helloworld’s $6.3 million loss in Q1 of the last fiscal year.

The EBITDA result was also despite a $7.9 million reduction in government wage subsidies for the company.

Helloworld’s retail network status as of the end of September 2021 was as follows: 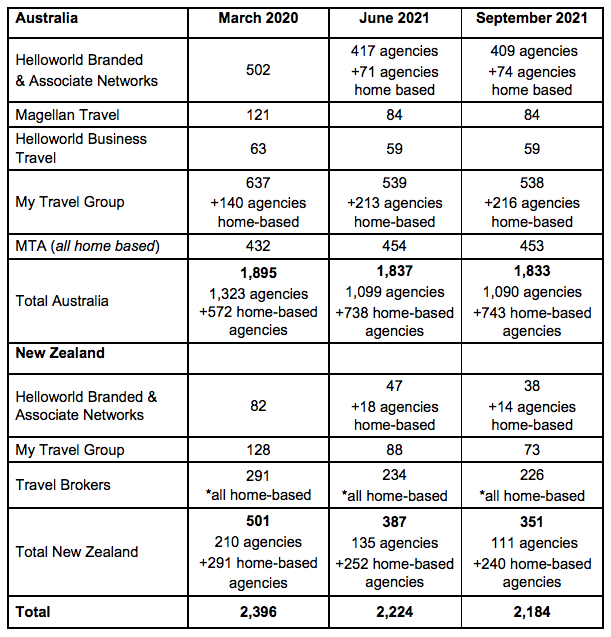 The company said it has sufficient liquidity to maintain operations beyond the end of the 2022 calendar year based on current liquidity levels and the cash burn rate.

“Based on retail, wholesale and corporate booking intakes across the first three weeks of October, we expect a rapid improvement in sales volumes and revenues across the next six months,” Helloworld said in its quarterly update to shareholders.

The flying kangaroo has copped another blow in its half yearly report, meaning the airline has nowhere else to go but up (haha… sorry).