Here’s all the latest news from destinations all around the globe, all wrapped up courtesy of your pals at Travel Weekly.

Echoing national private efforts, the Northern Territory government has established the ‘Tourism Rebound Taskforce’ to provide strategic and practical advice on a potential recovery roadmap for the local tourism industry, which has been hard hit by COVID-19 measures.

According to the territory government, the taskforce will provide a national and international perspective on forging a pathway to recovery, bringing together leaders from across the tourism sector with expertise in accommodation and hospitality, drive tourism, aviation and touring.

Taskforce members have been appointed for an initial one month period (up to 30 May 2020). 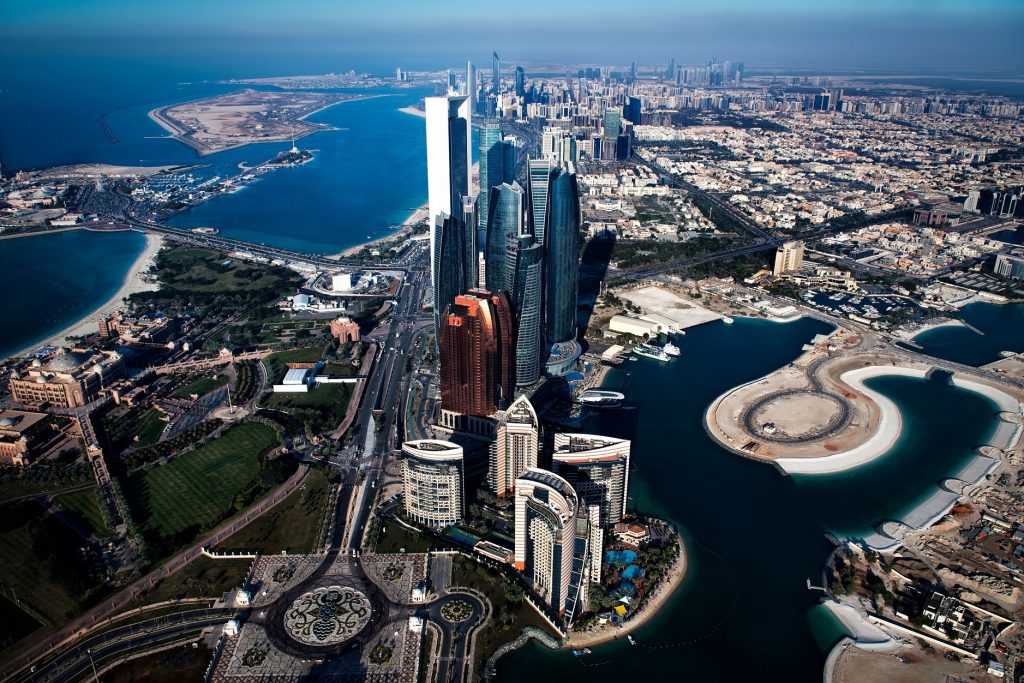 The Department of Culture and Tourism – Abu Dhabi (DCT Abu Dhabi) has announced the launch of the ‘Abu Dhabi Specialist Program’, an e-learning platform that will educate travel trade industry professionals with all destination-related information about the emirate through a series of online courses.

Australian and New Zealand travel agents are being encouraged to register and complete the online courses, with incentives such as four weekly prizes of $250 gift cards per week for six weeks and a final prize of a five star holiday to Abu Dhabi, when it is suitable to travel.

The program will be rolled out in three phases in several languages across 17 markets, including the United Kingdom, the US, Canada, India, Australia, New Zealand, China, South Korea, Germany, France, Italy, Ireland and Russia, as well as GCC countries.

The first phase will be launched in Australia on 11 May. Watch this space.

Want to upskill during the coronavirus pandemic?

The DCT Abu Dhabi is hosting online training webinars for travel agents, followed by a fun Kahoot quiz with the chance to win three prizes given away following each webinar, sourced from the winners’ local area.

The webinars will be hosted every Tuesday at 10:30 am (EST), covering three topics: Culture and Tradition, Action and Adventure and Family Fun.

Details of the webinars are as follows.

Off the back of the federal government’s announcement of $94.6 million funding for Australia’s zoos and aquariums, the Victorian state government has revealed a new fund for Zoos Victoria.

The Melbourne Zoo, Werribee Open Range Zoo, Healesville Sanctuary and Phillip Island Nature Parks will share in $14 million to ensure they can continue to operate and retain permanent staff until it is safe to open their doors again.

Zoos Victoria and Phillip Island Nature Parks are among Australia’s most popular tourist destinations and, together, contribute almost $800 million to the Victorian economy each year.

The Victorian government said the emergency support package would allow these popular tourist destinations to continue their operations at a modified capacity and keep 785 staff employed.

South Africa’s Minister for Tourism, Mmamoloko Kubayi-Ngubane, has confirmed the 2020 Africa’s Travel Indaba and the Annual Lilizela Awards have been cancelled due to the COVID-19 pandemic.

Following the outbreak of COVID-19, the tourism industry had to re-evaluate and assess a number of business events that were scheduled to take place this year.

This included Africa’s Travel Indaba 2020, which was scheduled to take place from 12 to 14 May 2020, as well as the Lilizela Awards scheduled for November 2020.

Speaking during a tourism industry webinar in late April, Kubayi-Ngubane said: “When we initially postponed Africa’s Travel Indaba 2020 we were hoping that we would be able to host the event during tourism month in September.

“Currently it is looking very unlikely. Tourism activities and events can only start once the country moves to Level One restrictions.”

The Minister added that the initial phase of the recovery will be driven by domestic tourism, followed by regional tourism. International tourism is likely to recover in 2021.

Raise a dram to Scotland on World Whisky Day

To celebrate World Whisky Day on Saturday, 16 May, VisitScotland invites future visitors to raise a dram and discover more about whisky, Scotland’s national drink and biggest export, from home.

Here are a few ways you can get involved (outside of drinking a top-notch drop of the brown stuff for fun).

Tomatin Distillery hosted what was possibly the world’s first virtual whisky festival in April. Thousands of people from across the globe tuned in and the festival can now be viewed on the distillery’s YouTube channel.

While whisky and music fans cannot travel to Islay for the world-renowned Fèis Ìle: The Islay Festival of Music and Malt this May, the organisers are set to take the event online.

The Virtual Fèis Ìle will run from 22 May to 31 May and will take the iconic festival to all corners of the world via online distillery days, music, dancing, and virtual tours and tastings. More information is set to be released in the coming weeks with updates on the festival’s Facebook page.

Luxury experience providers Away from the Ordinary are helping to keep potential travellers safe and entertained at home, by offering individualised digital whisky tastings.

Participants can either arrange an individual tasting for themselves and their friends and colleagues or choose to join one of the pre-arranged tastings which are inspired by regional themes. The next two sessions are scheduled for 14 and 28 May. To find out more, or arrange a tasting, all contact details are on the Away From The Ordinary website.

Interested in whisky but don’t know where to start? Take a look VisitScotland’s Scotch Whisky: Explained and a Scotch Whisky Q&A with expert Richard Patterson. 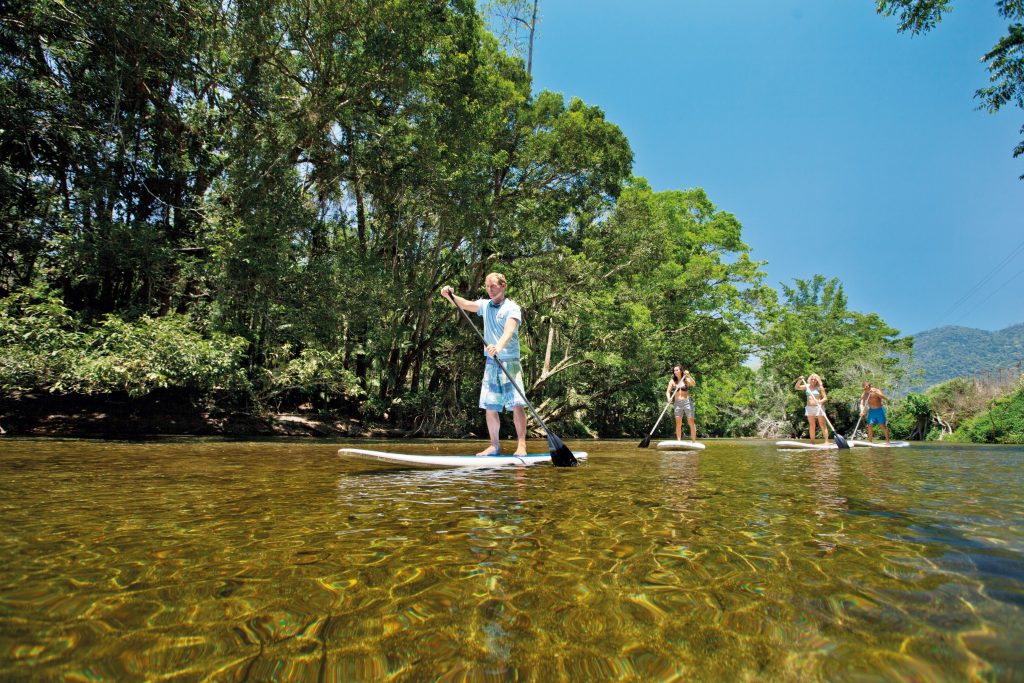 Tara Bennett, chief executive officer of Tourism Port Douglas Daintree, said to be the top-scoring destination by consumers from 700 destinations globally, validated the efforts of the industry to continue to innovate, expand and meet growing consumer demand for nature-based, eco-tourism experiences.

The results of the report were based on millions of online chats from more than 500,000 sources, including media sites, forums, reviews and social media networks such as Twitter, Facebook, Instagram, Tumblr, YouTube and Tripadvisor.

In addition to the text and image-based algorithm focused on conversations about the Port Douglas Daintree tourism region, five comparative destinations were included in the analysis. These were the Whitsundays, Queenstown, Byron Bay, Noosa, and Tasmania.

The top drivers of conversation for Port Douglas Daintree were Nature Photography and Beaches and Shoreline, but the standout activity was snorkelling and diving, receiving a consumer sentiment score of 86, increasing 26 points from the previous year’s index report.

Zoom your way to Singapore with these virtual backgrounds

Keep the spirit of travel alive by incorporating one of these Singaporean backgrounds into your next video conference.

Just launched, the themed backgrounds from Visit Singapore feature 12 iconic locations and attractions around the Lion City, including Gardens by the Bay, Marina Bay, Merlion Park and Jewel Changi Airport.

Choose from a mix of images as well as videos, which will make you feel like you are right there, available here.

Rob Smith, divisional director of Merlin Entertainments, plans to re-open the Australian and New Zealand attractions based on precautionary hygiene and safety measures that go “above and beyond” those that will be seen in other hospitality spaces, Merlin said.

These hygiene and safety measures include completely cashless operations, lowering capacity limits with allocated time-slots for guests, the use of additional personal protective equipment (PPE) and clothing for staff, the provision of spatial separation markings, the installation of hygiene screens in various areas, enhanced cleaning regimes and other similar operating adjustments around the attractions.

These measures would ensure that the attractions are “a safe place for both staff and guests” and will allow for households to enjoy a quality, fun and educational time in the attraction’s indoor and outdoor environments at a time when people are going to need a fun day out more than ever, the company said.

Tourism Noosa has announced free membership to the organisation and is encouraging Noosa businesses to join.

The base membership fee will be waived for Tourism Noosa membership until the end of the 2020-2021 financial year to support its 600 plus membership base during these challenging times.

Fans of Sally Rooney’s wildly popular novel Normal People will get to see the inner lives of the book’s characters, Connell and Marianne, brought vividly to life in Ireland by Irish production company Element Pictures as the 12-part series now on Stan.

Normal People was filmed in Ireland in 2019 in counties Sligo and Dublin, a UNESCO city of literature, with a largely Irish creative and production team, including Oscar-nominated director Lenny Abrahamson.

The inaugural Helsinki Biennial 2020, The Same Sea, will now take place from 12 June to 26 September 2021, owing to the exceptional circumstances caused by the coronavirus pandemic.

Originally planned to open to the public on 12 June 2020, the international contemporary art biennial will refocus its energies towards next year for its first edition, while retaining its maritime locations across the island of Vallisaari, and on Helsinki’s mainland.

In need of a new way to get your yoga fix at home? If the answer is yes, then rise early and join us from Sydney Tower Eye with an all-level, energising and virtual flow yoga class, led by Flow Athletic co-founder and director of yoga Kate Kendall.

And while the Sydney Tower Eye Observation Deck may be no stranger to yoga classes, for the very first time this yoga class will be delivered live via Sydney Tower Eye’s Facebook page, where you can tune in on Wednesday, 13 May at 7am.

Watch as the sun rises over the city from Sydney’s highest and ultimate viewpoint, making for the perfect backdrop to a mindfulness flow yoga.

VisitScotland Expo to be replaced with new online and regional events

Tell your clients it’s time to go looking for Nessie, because VisitScotland has launched a new event series to reconnect Scottish tourism businesses with the world.

Have you been searching for a more seamless way to book Merlin attractions? Well, this new deal will have you fist-pumping and cartwheeling down the office hallway.