Feel like you’ve been left in the lurch on destination news near and far? Meet your new best friend: the Destination Wrap. 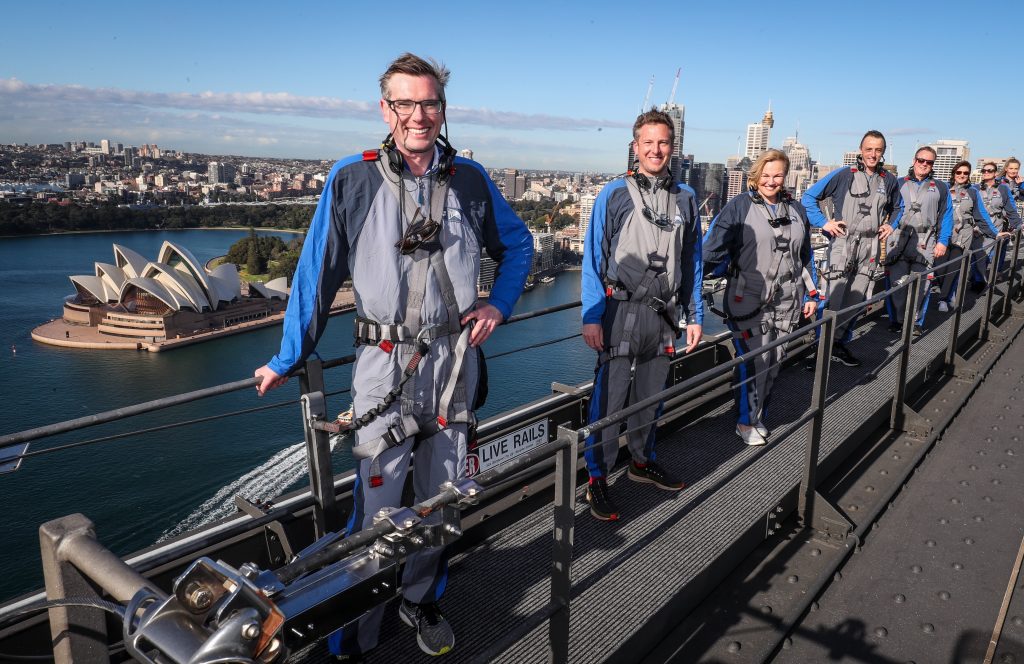 BridgeClimb has hosted its first climb of the Sydney Harbour Bridge since reopening as a celebration of the return of the NSW domestic travel industry.

BridgeClimb opened its doors to the public on Saturday 27 June, operating as a COVID Safe place to visit and work.

All climbs will travel in small, physically distanced groups, and the entirety of BridgeClimb premises will operate with increased cleaning schedules, including ongoing sanitisation completed within the climb base, and throughout climbers’ pre- and post-climb journey.

Tourism NT unveils national campaign, ‘The Territory is the Answer’ 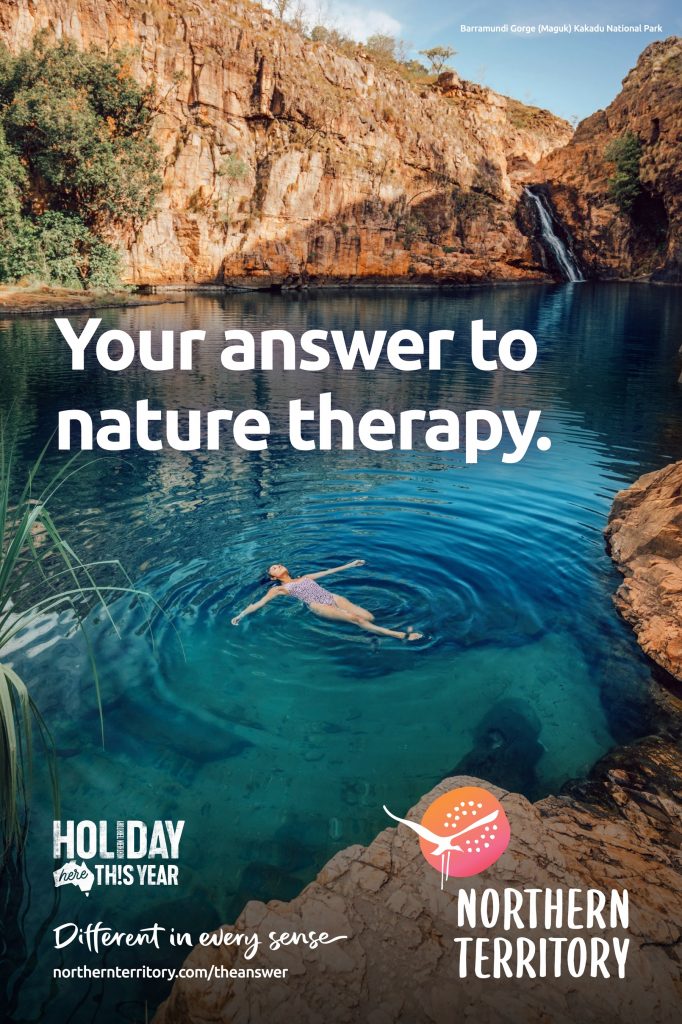 The Northern Territory’s new domestic tourism campaign, ‘The Territory is the Answer’, has kicked off, in a bid to capture the imaginations of Australians ahead of the territory’s reopening.

The series of televised advertisements will highlight the Territory’s “iconic, bucket-list experiences” that many Australians have been dreaming of over the past few months – wide open spaces, fresh air, adventure and the opportunity to connect with friends, new and old.

It comes as The Northern Territory government said it would stand by its decision to reopen its borders on 17 July, despite Victoria recording an influx of COVID-19 over the past week, as reported by 9news.com.au.

Destination NSW has partnered with Destination Port Stephens to develop the new ‘Incredible By Nature’ brand and marketing campaign.

The campaign is now live and will be delivered predominantly through social and digital channels, targeting active couples aged 25–40 years.

In other NSW news, on Sunday, Taronga Zoo officially opened its new state-of-the-art African Savannah precinct, heralding the long awaited return of lions to Taronga for the first time in five years.

While Threbdo’s new Merritts Gondola – which is Australia’s only alpine gondola – is now ready to ride, taking travellers from Thredbo Village to the Cruiser area and Merritts Mountain House in the space of six minutes.

And Lord Howe Island has announced it will once again welcome travellers to the island from 3 August this year, following the easing of a NSW public health order restricting travel, which has been in place since 22 March.

It’s premium wine experiences showcase the family’s single vineyard French-style wines and are available Wednesday to Sunday between 11am and 5pm. Bookings are highly recommended.

Meanwhile, the NSW government announced at the weekend that it would be stepping up its control of travellers in hotel quarantine, with anyone refusing the request of a test on day 10 of their stay to face a further 10-day extension, ABC News reported.

It comes as state authorities advised NSW residents returning from Melbourne’s coronavirus hotspots to self-isolate for two weeks, amid rising rates of community transmission in the city this month.

Premier Annastacia Palaszczuk has set aside $3 million to boost Outback Queensland tourism and support jobs as part of the government’s ‘Unite and Recover for Queensland Jobs’ plan.

The funding forms part of Queensland’s $25 million ‘Queensland Tourism Icons Program’, which aims to help some of the state’s biggest tourism employers.

It comes as the Australian Associated Press reported that the Queensland government is considering opening the state faster. However, community transmission of the coronavirus in Victoria is a reported concern.

An announcement about the opening of the Queensland border will be made on Tuesday after consideration of advice from the state’s chief health officer.

Noosa’s tracks and trails have also received a positive boost with the delivery of the ‘Noosa Trail Masterplan’, a strategy for improving and upgrading the region’s trail network.

Meanwhile, Sunshine Coast tourism operators are ready to welcome back visitors – and are using a pineapple to show they are open for business.

Visit Sunshine Coast (VSC) has launched a series of quirky new marketing videos that see tourism operators ‘pass a pineapple’ around the region, drawing attention to an expected resurgence of interest in The Big Pineapple.

Western Australia is entering Phase Four of the easing of restrictions put in place at the height of the coronavirus pandemic, which will see gathering limits scrapped, with the only remaining distancing restrictions being the reduced two square metre rule.

This means it will almost be back to business as usual for clubs, pubs, bars, venues and large scale dining halls.

Returned travellers who refuse coronavirus testing will be required to spend an additional 10 days in hotel quarantine, taking the total time in self-isolation to three weeks.

It comes as Victorian Premier Dan Andrews revealed small children – whose parents did not wish them to undergo uncomfortable nose and throat swabs – could be behind the high rate of test refusal for those in forced quarantine, and as the state overnight recorded 75 new COVID-19 cases.

South Australia’s remaining border restrictions are still on track to lift on 20 July, despite a rise in cases in neighbouring Victoria, ABC News reported.

The state’s commitment came as it prepared for up to 25 new cases when international travellers return to Adelaide over the weekend.

Premier Steven Marshall told the press the state would move toward a model of restricting travel from “identified hotspots” rather than blanket restrictions by state or territory.

His comments come as Tasmania Premier Peter Gutwein advised his state will not ease its border restrictions until at least 24 July.

Meanwhile, nearly 3,500 business owners and employees from South Australian tourism and hospitality businesses now have the know-how required to prevent and control the spread of COVID-19 after undergoing the South Australian Tourism Commission’s ‘COVID-19 Awareness Training’.

SATC chief executive Rodney Harrex said the COVID-19 Awareness Training was designed to assist businesses to reopen with confidence as the state works to reboot its $8.1 billion visitor economy.

On 27 June, a coalition of eight Malaysian cuisine masters based in different countries around the world began a series of monthly live cooking videos to showcase Malaysian flavours to a global audience.

This ‘Food Fame’ initiative, in partnership with Tourism Malaysia, is the first campaign of its kind, and is aimed at inspiring people to cook restaurant-quality Malaysian and Malaysian-inspired dishes in their home kitchen.

Viewers are encouraged to sign up to receive event start-times, alongside a special eBook collection of eight recipes from the Masters of Malaysian Cuisine chefs.

The Maldives to reopen for all international tourists in July

The Maldives will reopen its borders for all international tourists on 15 July 2020.

According to new public health guidelines, tourists are not required to pay an additional fee, produce a certificate or test result indicative of negative status for COVID-19 prior to entry into the Maldives.

For tourists without symptoms, there is no requirement for quarantine either. The guideline will be periodically reviewed based on further developments.

It comes as the Maldives Marketing and Public Relations Corporation (MMPRC) revealed it will be taking part in the Dream to Travel Festival, an online event hosted by Pacific Asia Travel Association (PATA) from 22 June to 17 July 2020.

More than 4,000 tourism industry representatives, academics and media registered for the event as global industry leaders shared insights into the impacts COVID-19 has had on travel, how the industry should respond and the trends to expect as people begin travelling again in a post-pandemic era.

To register for a recording of the forum, click here.

Abu Dhabi gears up for a new era of global tourism 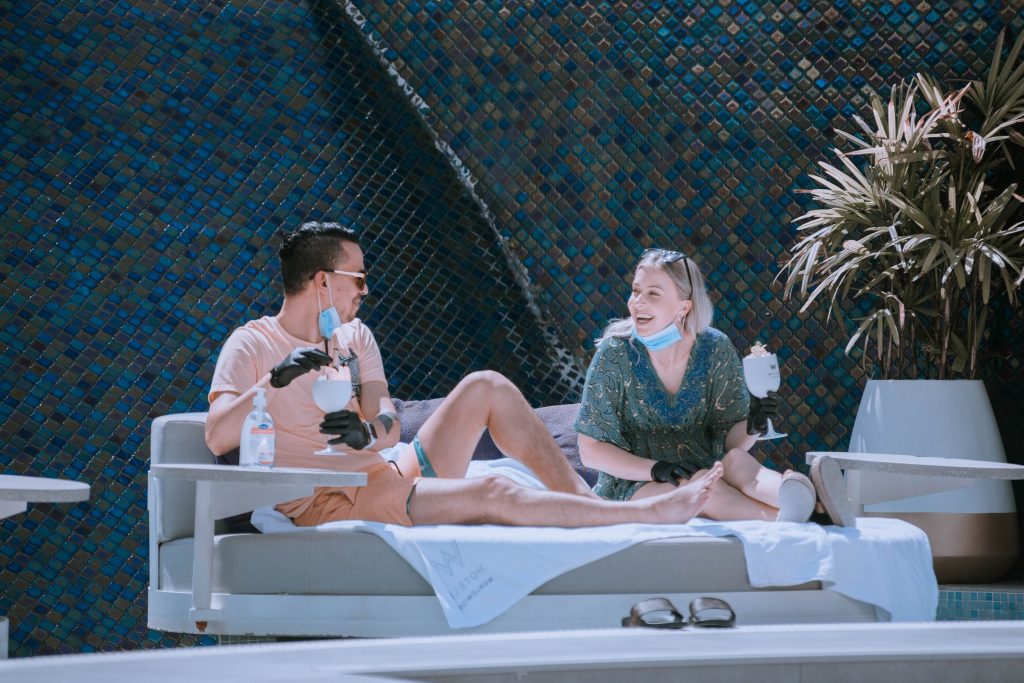 Abu Dhabi has announced the launch of its strategy for the tourism sector, which has been created in anticipation for the return of tourists worldwide.

The capital has been gradually easing stay-at-home measures after its success in curbing the spread of COVID-19.

Hotels within the emirate have been undergoing rigorous sanitation from the beginning of March, leading to the reopening of the properties after they receive clearance and certification from DCT Abu Dhabi.

Among the initiatives launched by DCT Abu Dhabi to address the need for elevated standards of health and safety is the ‘Go Safe Certification’, a unique program that aims to enforce global standards of safety and cleanliness at hotels, attractions, and venues across the emirate.

VisitEngland in partnership with the national tourist organisations of Northern Ireland, Scotland and Wales has launched a UK-wide industry standard and consumer mark to provide a ‘ring of confidence’ for tourism as the sector works towards reopening.

The ‘We’re Good To Go’ industry standard and supporting mark means businesses can demonstrate that they are adhering to the respective government and public health guidance, have carried out a COVID-19 risk assessment and checked that they have the required processes in place.

It comes as blanket restrictions on non-essential overseas travel are set to be relaxed in the UK from 6 July, BBC News reported.

According to the national broadcaster, holidaymakers are expected to be allowed to travel to certain European countries without having to spend 14 days in quarantine when they return.

The program, which comes as part of the tourism authority’s ‘New Cal Uploading’ campaign, is designed to be a quirky way to relax and enjoy a little taster of New Cal while international travel remains restricted.

The ‘Tourism Development Fund’ will launch equity and debt investment vehicles to develop the nation’s tourism sector, in collaboration with private and investment banks.