Your afternoon is about to get a whole lot more cruisey thanks to all these latest deals and announcements. It should make you look busy for at least an hour. 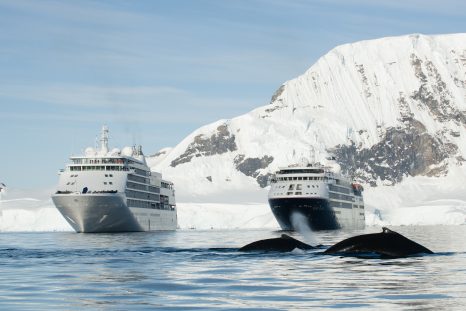 Guests travelling aboard Silversea’s Silver Cloud and Silver Whisper enjoyed a rare moment in the cruise line’s history when the two ships met in Antarctica’s Wilhelmina Bay on 4 February 2020.

The rendezvous was a pioneering moment in more ways than one, as Silver Whisper became the first-ever ship to visit Antarctica on a World Cruise.

From mid-November through February each year, Silversea’s guests travel deeper into Antarctica in ultimate comfort, exploring the region’s ice-dappled waters, glaciers and geothermal beaches, and admiring the continent’s unique wildlife.

Pacific Explorer will make the three calls on March 29, May 10 and May 16 representing an additional 6000 guests to help boost the region’s economic recovery sending a message that Eden and the Sapphire Coast are open for business.

Holland America Line’s Noordam was due to call on January 3 but was unable to do so due to the bushfire crisis.

Scenic has launched a preview of its 2021 Europe River Cruise program, with a range of pre-release offers to secure the best available fares, first choice of suite and departures for travel in 2021.

If booked before 30 April 2020, you might come across offers like flights to Europe year-round when booking any suite on a cruise of 11 days or longer.

And 50 per cent off for the solo traveller when booking a suite on selected departures of 11 days or longer. 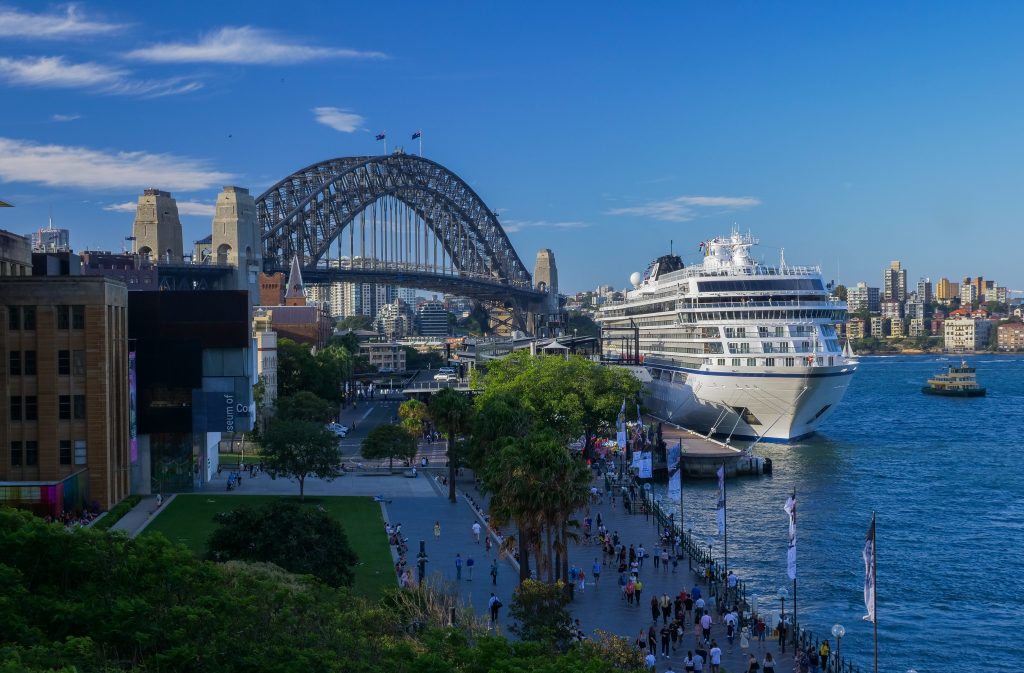 Hobart is the first of seven Australian destinations visited during the epic voyage, including a three-day visit to Sydney on 10 February 2020. The Ultimate World Cruise spans six continents, 51 countries and 111 ports, completing a full circumnavigation of the globe.

Upon the return of Viking Sun to London on 2 May 2020, an official Guinness World Record Adjudicator will confirm the successful attempt with a certificate presentation.

Azamara has announced its ten-year anniversary of its award-winning Destination Immersion programming.

To honour Azamara’s milestone event, the three sister ships will meet in Koper, Slovenia for a signature grand AzAmazing Evening Event on 8 October 2020.

The brand will immerse travellers into the heart of a destination as well as its loyalty to past guests, Azamara’s Le Club Voyage (LCV) members have the exclusive opportunity to purchase an AzAmazing Journey.

The Aurora Expeditions upcoming webinars will be running every month focusing on a different region/geographical area. The focus for February will be on Antarctica, Ireland and Scotland.

The webinar on Antarctica will feature, Dr Roger Kirkwood who has been exploring the polar regions for over 30 years and holds a PhD on emperor penguin foraging ecology.

The webinar on Scotland and Ireland will feature the Irish expert, Martha Behan, who worked for the Irish tourism board. And historian Carol Knott, an expedition leader for Aurora Expeditions. 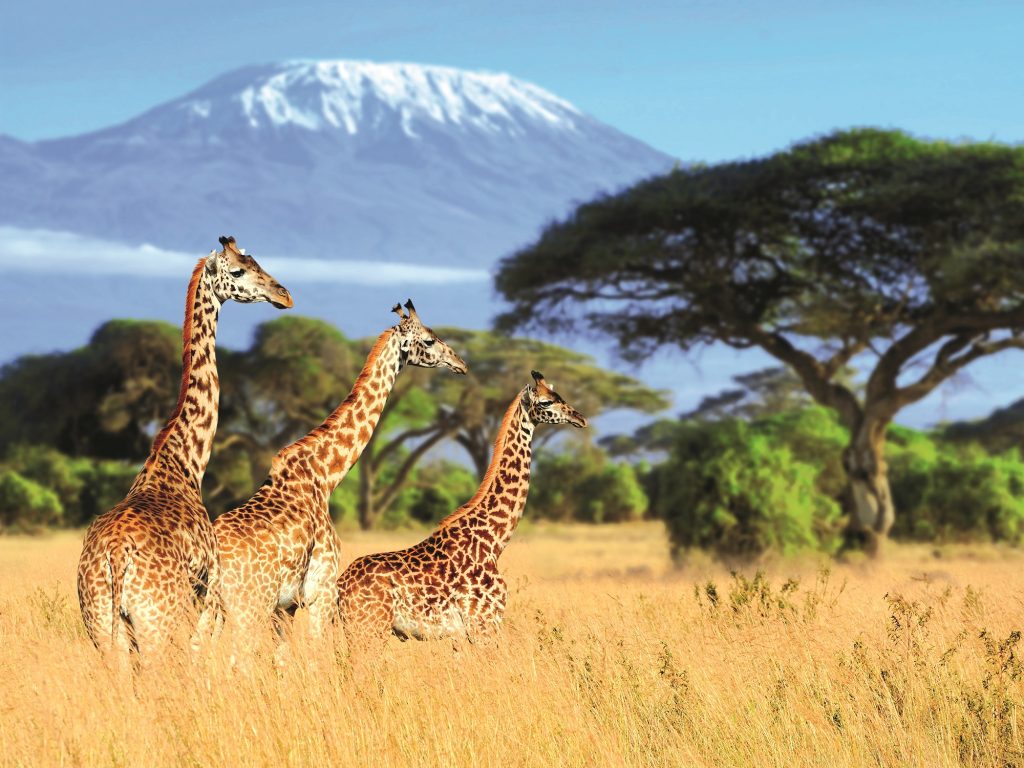 Companion flights are included when booking the 28 Day Ultimate African Expedition, 29 Day Wonders of Africa or 23 Day Grand African Safari, along with Business class from $4,995 per person. Any booking of 2020 journey of 12 days or more will save up to $1400 per couple.

The Australasian cruise industry is gearing up to honour its biggest achievers this week, with more than 500 people expected to join the 19th annual Cruise Industry Awards on Saturday.

To be held at The Star Sydney, this year’s Cruise Lines International Association (CLIAs) will include an after-party and live band sponsored by Traveltek. More than 560 submissions have been considered, making this year the most highly contested CLIA Awards ever held. 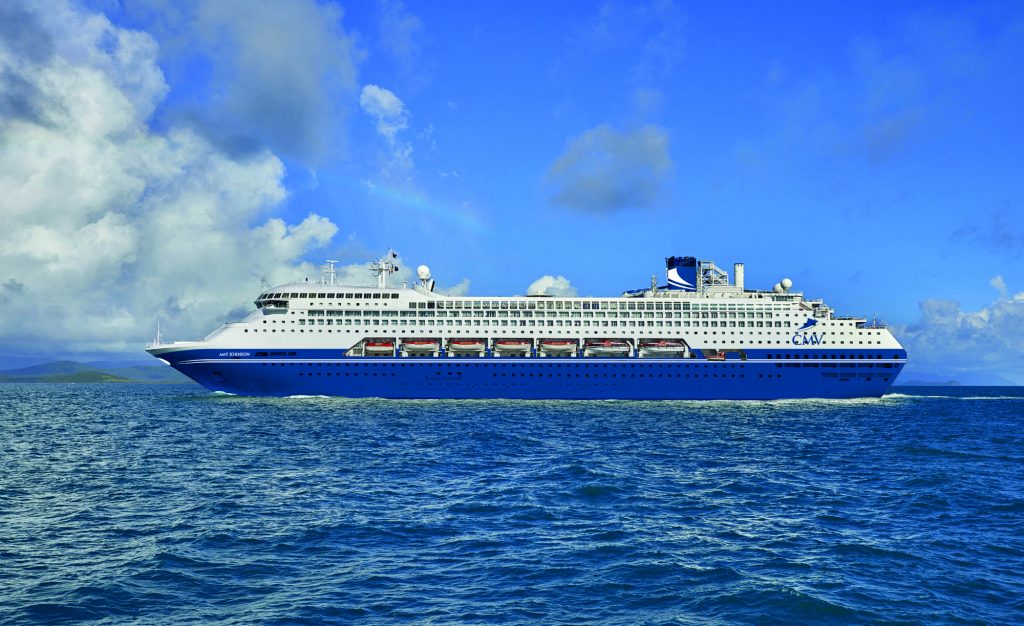 The inaugural sailing of Amy Johnson, the newest ship to join Cruise & Maritime Voyages’ (CMV) fleet, allowing guests to be a part of history and sail on the ship’s Maiden Voyage.

Amy Johnson will homeport in London Tilbury in late May 2021, bolstering much-needed capacity and cruising year-round alongside Columbus.

The ship’s Maiden Voyage (S101) will sail from Singapore on 14 April 2021 on a 43-night voyage via the Suez Canal, also visiting ports such as Mumbai, Santorini and Lisbon before arriving in London Tilbury on 27 May. 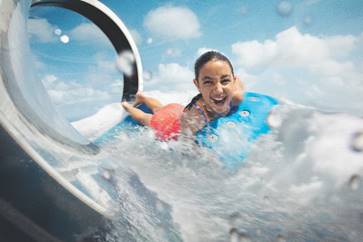 Travellers looking for their next cruise holiday can make great savings in the last-minute deals on offer for voyages in February and March 2020. Travellers can choose to explore the idyllic South Pacific, dive into action-packed New Zealand voyages and more.

Royal Caribbean’s Voyager and Ovation of the Seas ships offer a range of first-to-market features for Australian cruisers to get excited about this year. 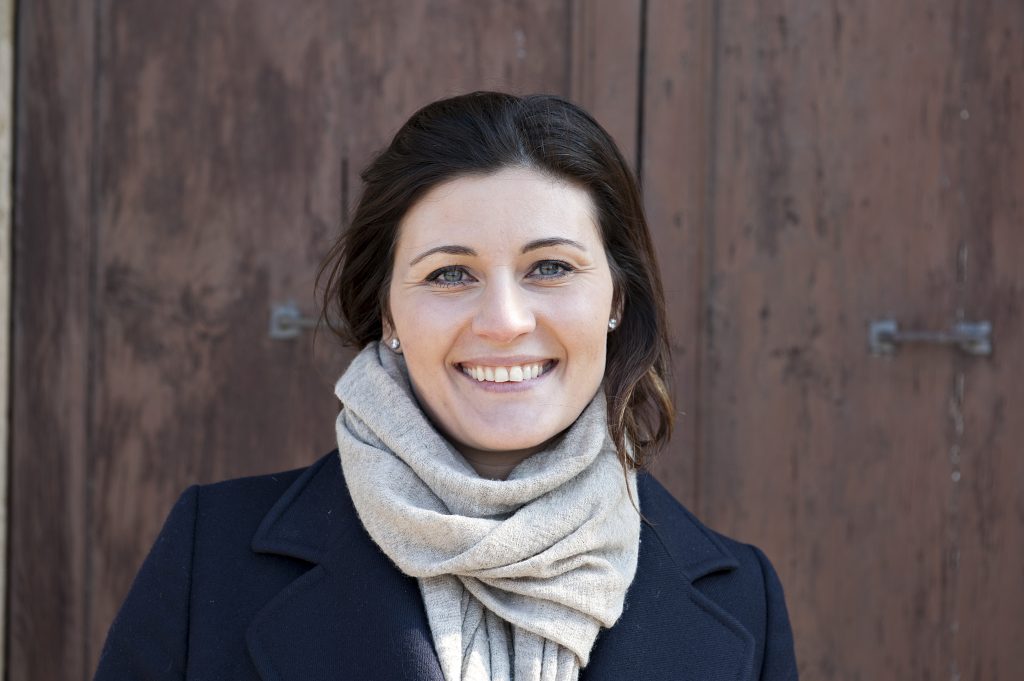 Hailed by many as the ‘Queen of Barbaresco,’ Gaia Gaja has been named as the Godmother of Silversea’s new ultra-luxury ship Silver Moon.

Gaja is of the fifth generation to own and manage the renowned Gaja winery in the small Italian town of Barbaresco—a family-run business and iconic producer of fine Italian wine since 1859.

As the ship’s Godmother, Gaja will be honoured with officially naming Silver Moon at a dedicated ceremony in Trieste on August 5, 2020. 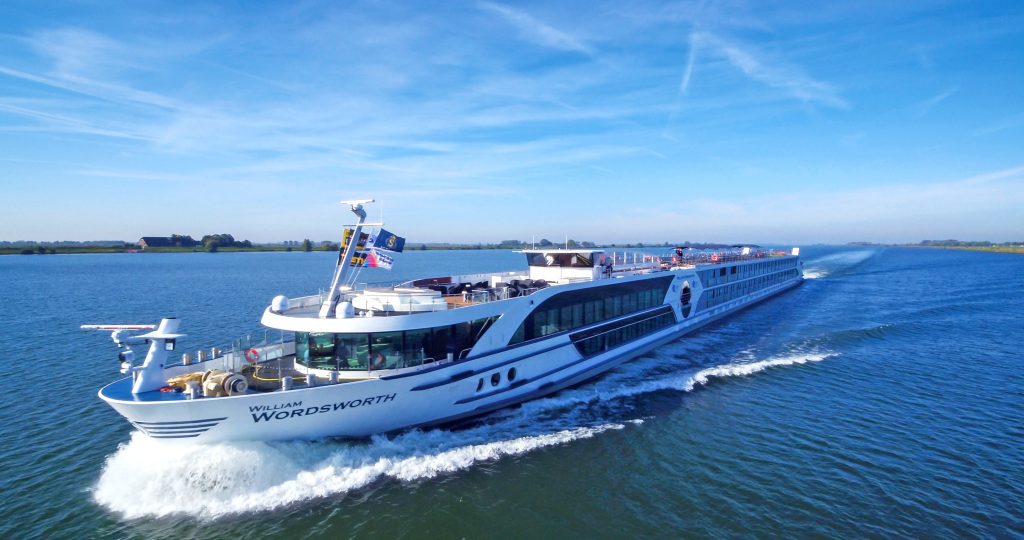 UK-based Riviera Travel first introduced the brand to Australia in 2017 and was, until now, represented here by wholesalers Cruise Traveller and Cruiseco, with each working separately. 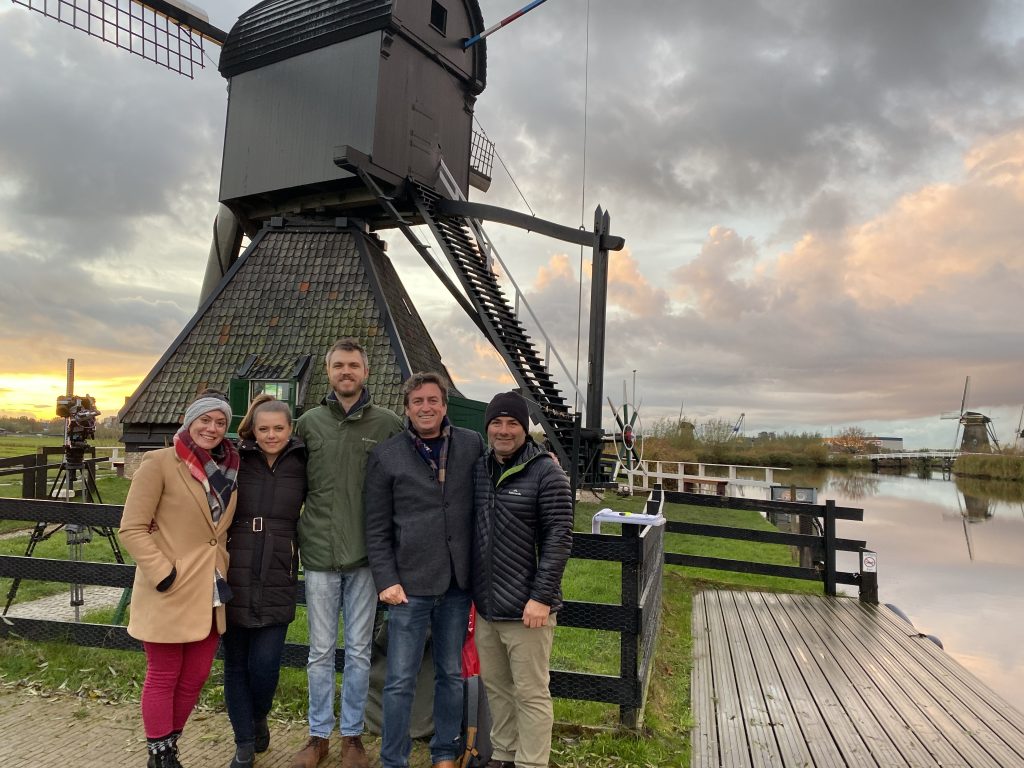 Sailing the 15-day Grand European Cruise from Budapest to Amsterdam, Trevor will take viewers on a journey through Central Europe, exploring Hungary, Austria, Germany and the Netherlands.

Over four episodes, Trevor will take viewers deep into the heart of the destinations to showcase what truly makes this part of the world so special. 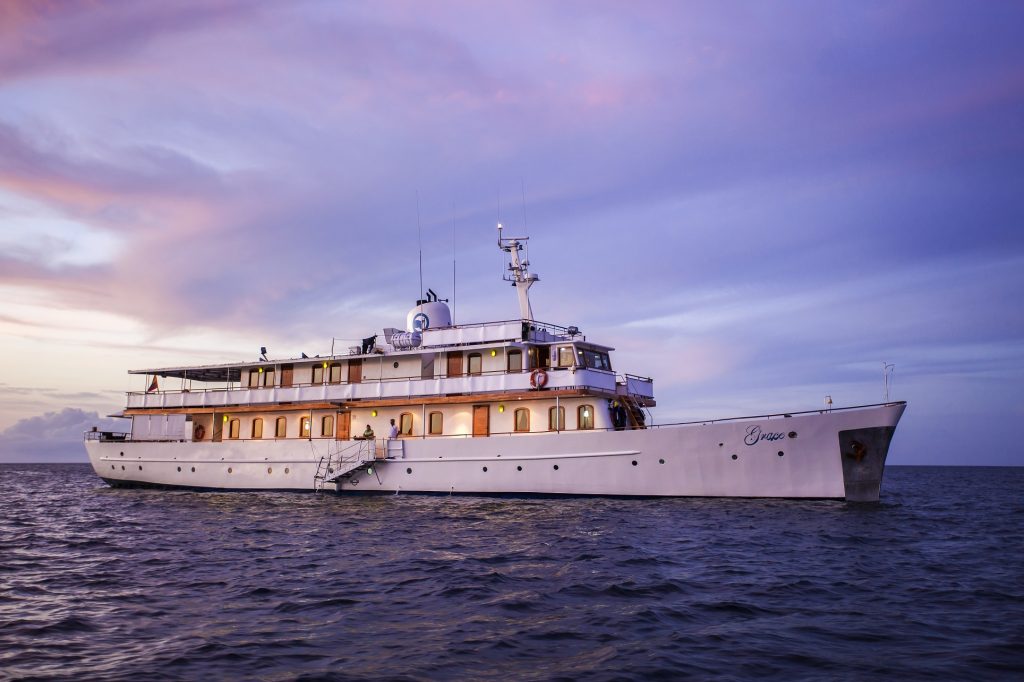 The pioneers of cruising the Galapagos, Quasar Expeditions has released their 2021 Galapagos Islands cruise rates for the M/V Evolution and the M/Y Grace.

Starting at US$6,700 for the M/V Evolution and US$7,800 for the M/Y Grace, rates include all meals, day tours, expert guides and transfers.

Would winning a magnum of Pommery Champagne put a nice full stop on your short week? Enquire within.

A group of cruise passengers have been compensated after their five-star luxury cruise turned into a coach tour.