Pride was celebrated sky-high on Friday, with Virgin Australia holding its first-ever ‘Pride Flight’ ahead of the country’s largest annual gay and lesbian celebration. 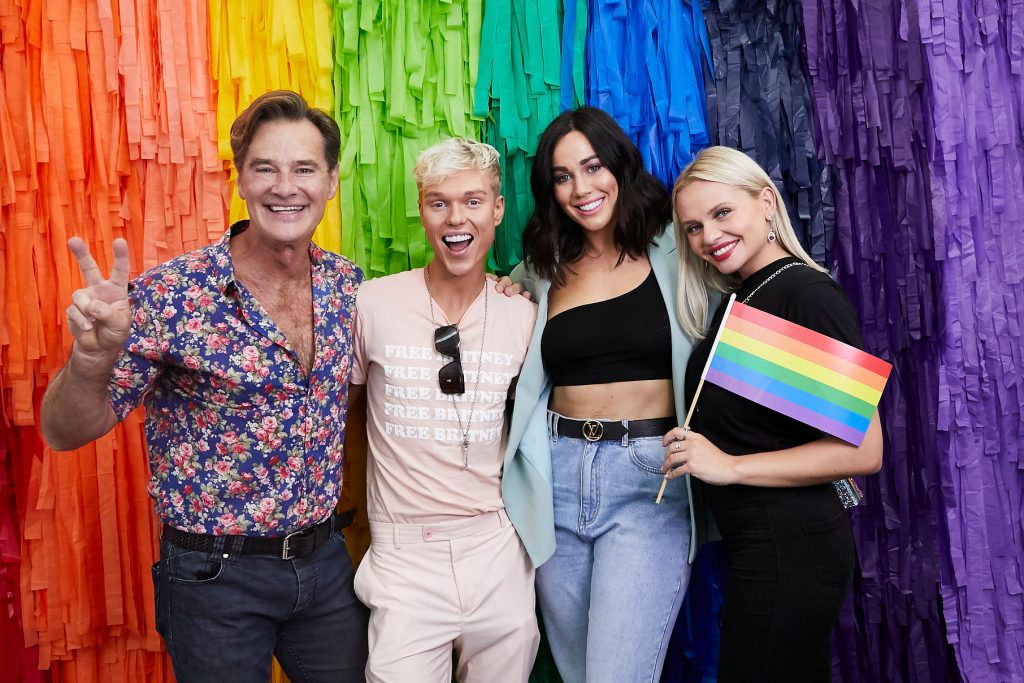 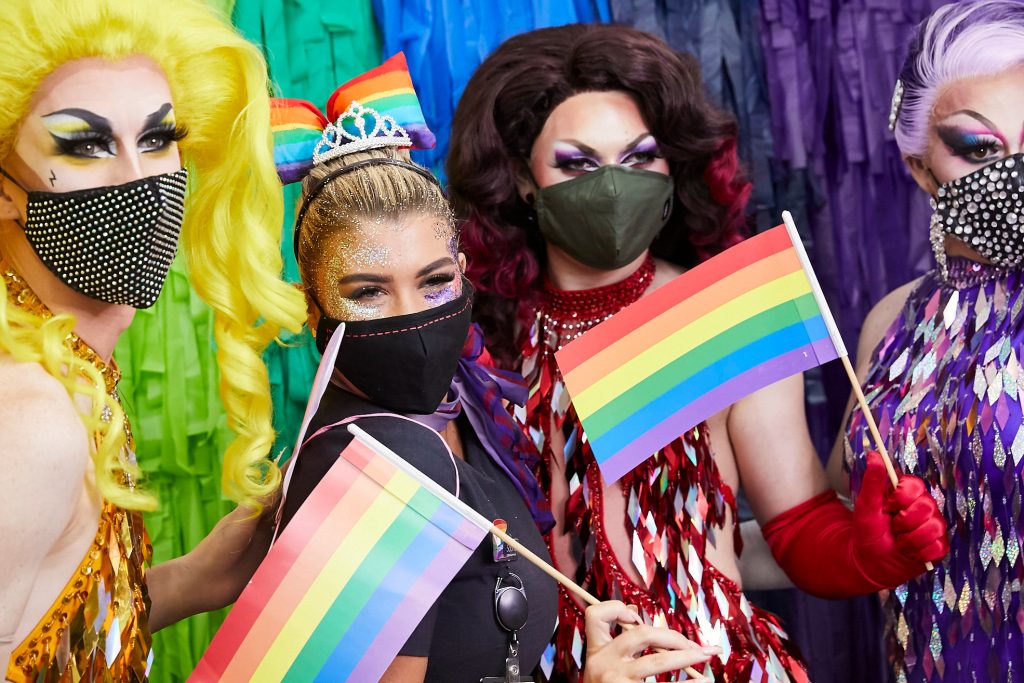 With an abundance of glitter, rainbows and sky-high stilettos, the event was hosted by Australian drag royalty and veteran Virgin cabin crew member Penny Tration, who wore a striking red uniform.

Speaking at Brisbane Airport ahead of the Pride Flight’s departure, Virgin CEO and managing director Jayne Hrdlicka said she was proud of what the airline stands for.

“It’s a privilege to lead a company that celebrates diversity and inclusion in the way that Virgin Australia does, and I’m incredibly proud of our team who have created such a fantastic event for LGBTQ+ people and their allies to celebrate pride,” she said.

“Every year, so many of our guests fly with us for the annual celebrations in Sydney, and we wanted to show them how much we support and value the community.

“We also have many in our team who identify as LGBTQ+ and we want them to know they can come to work each day as their true, authentic selves.

“Our people are showing how bold and fun our airline can be with our trademark Virgin flair on full display.” 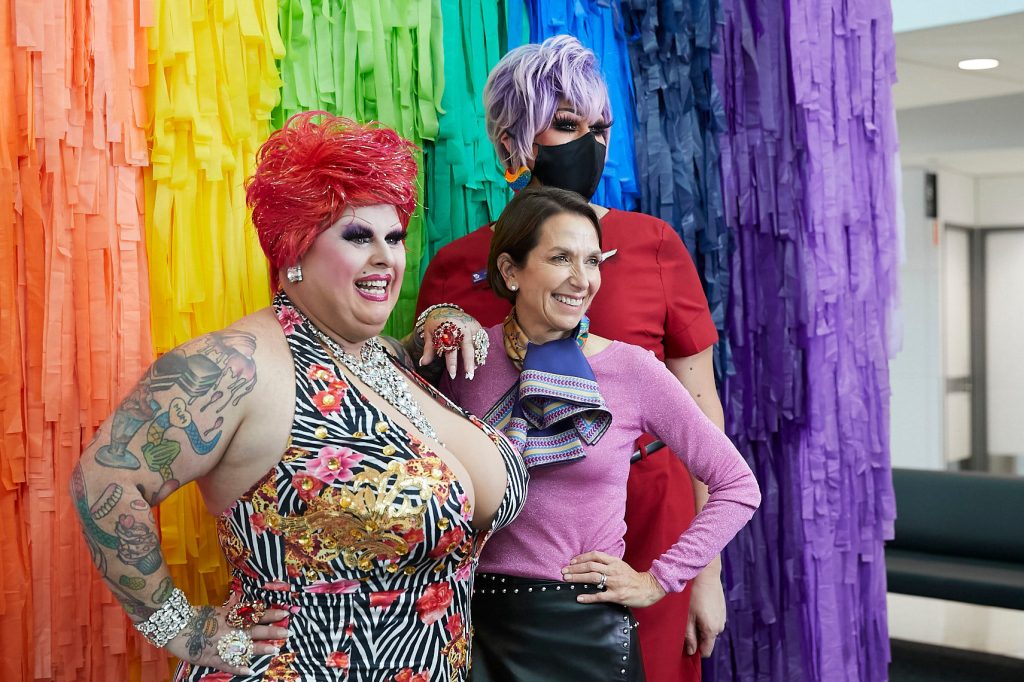 The flight was farewelled with much fanfare following a COVID-safe pre-flight departure party, with performances by Penny Tration and some of Brisbane’s favourite drag entertainers from Fluffy nightclub.

Food and beverages were free-flowing, with a Yarra Burn Prosecco signature cocktail topped with glitter fairy floss and bags of Darrell Lea Loves Allsorts liquorice – the first time in Darrell Lea’s almost 100-year history that they’ve changed the name of their iconic liquorice product in support of diversity and inclusiveness. 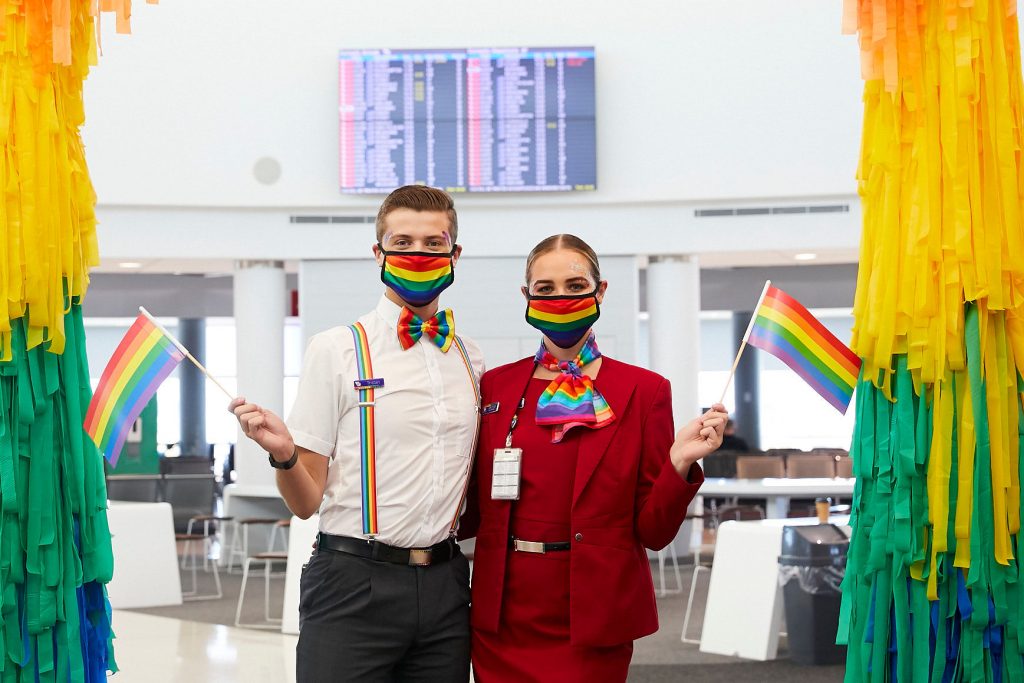 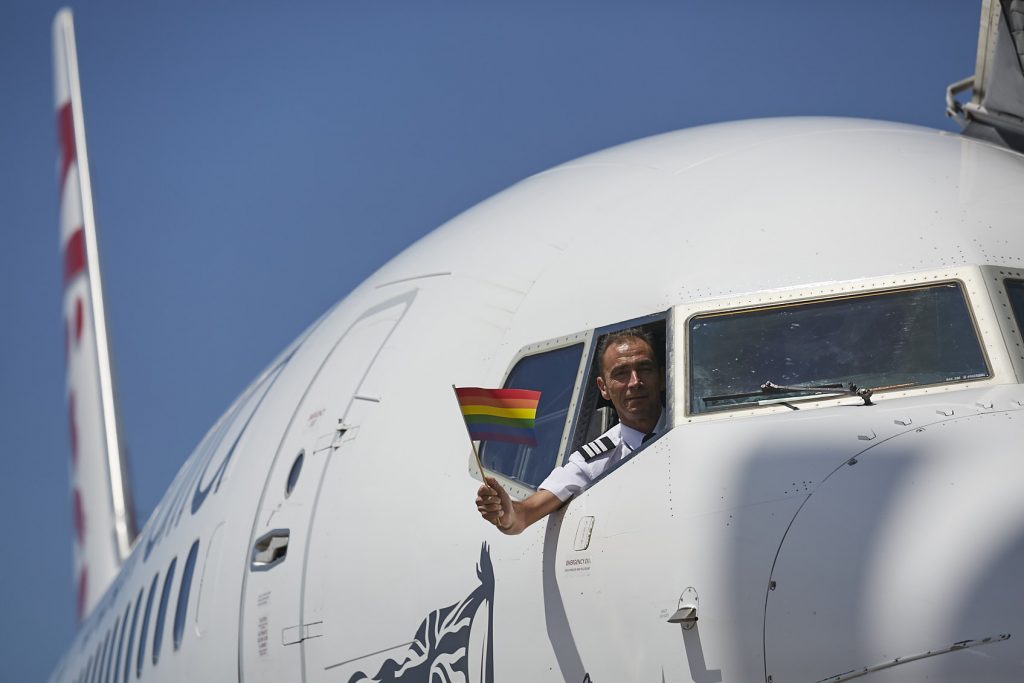 Once on board, the party continued for the hour-and-a-half flight with mid-air drag performances, bottomless beverages and in-flight games, including seat-pocket bingo.

The ultimate showstopper occurred shortly before the aircraft made its descent into Sydney, when Pride Flight passenger Chris Lai popped the question to his long-term partner, Cédric Thiery, with the Melbourne couple officially becoming engaged at 40,000 feet! 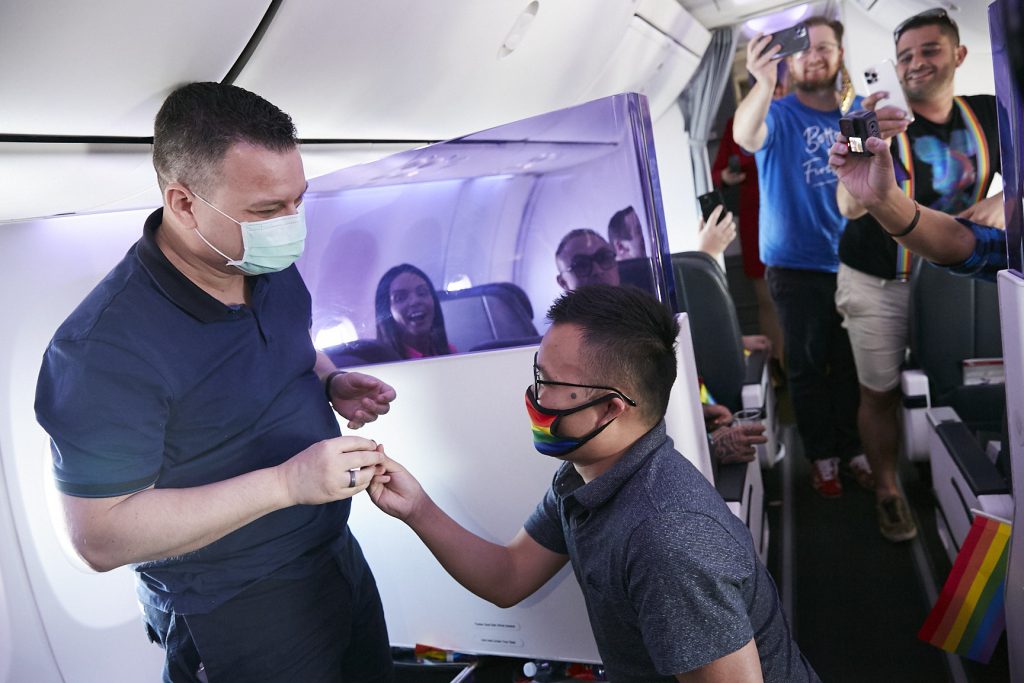 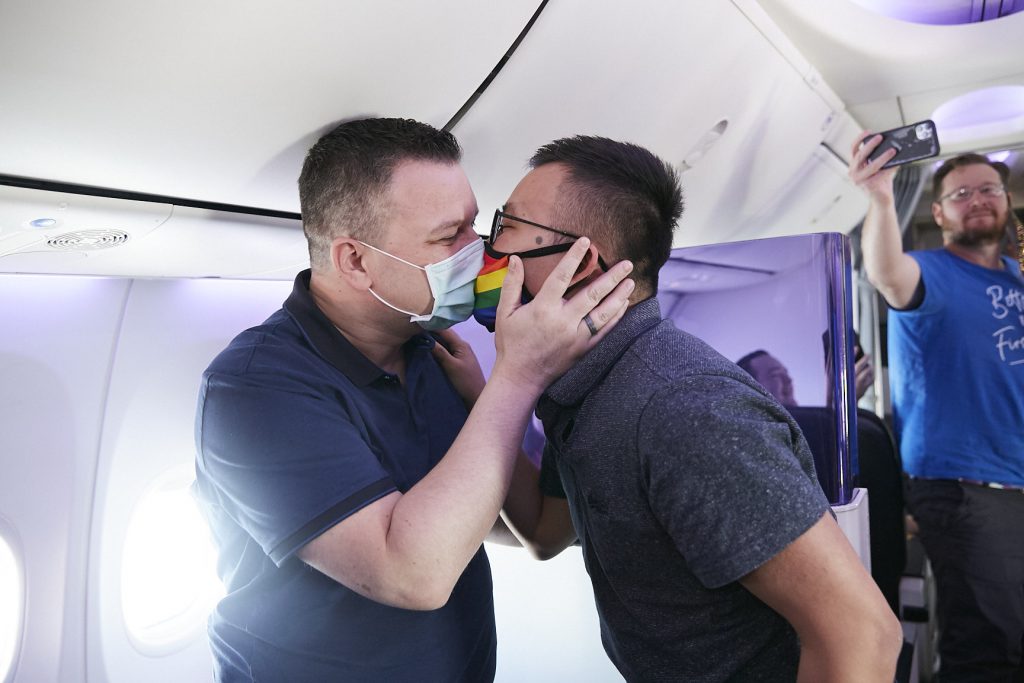