In awful news for the livelihoods of workers at Singapore Airlines, SilkAir, and Scoot, the carriers’ parent organisation has announced it will cut “around 4,300 positions” across its airlines.

The airline said the decision was taken in light of the long road to recovery for the global airline industry due to the debilitating impact of the COVID-19 pandemic, and the urgent need for the group’s airlines to adapt to an uncertain future.

As previously indicated, the group expects to operate under 50 per cent of its capacity at the end of financial year 2020/21 versus pre-COVID-19 levels. Industry groups have also forecast that passenger traffic will not return to previous levels until around 2024.

Singapore Airlines said that after considering a recruitment freeze, natural attrition, and the take up of voluntary departure schemes, the potential number of staff impacted will be reduced to about 2,400 in Singapore and in overseas stations. 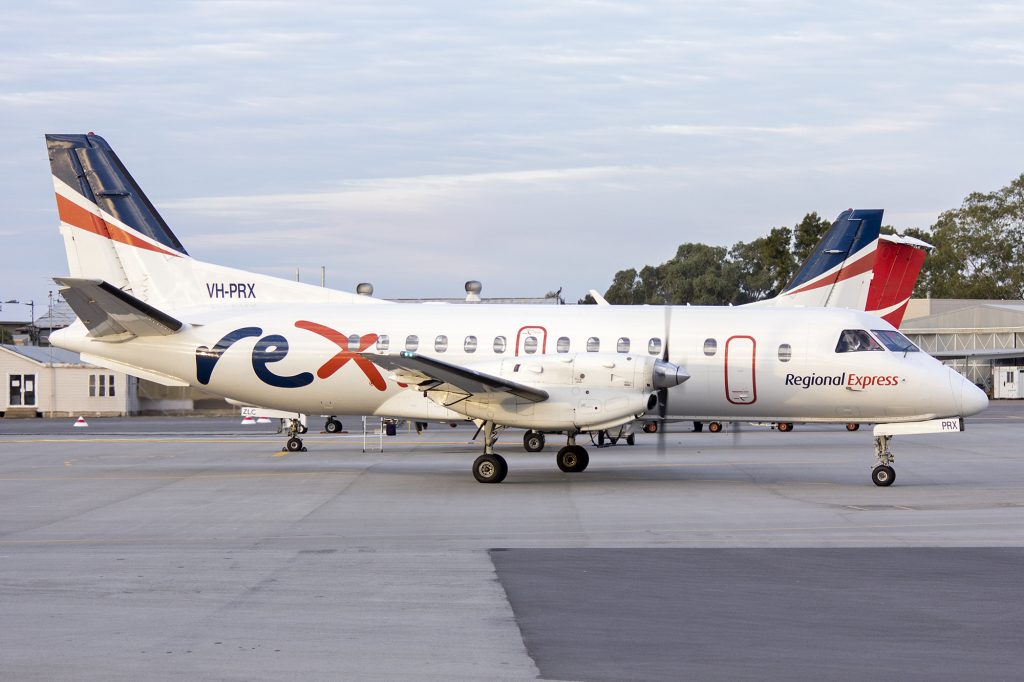 Regional Express has welcomed the decision by the Australian Competition and Consumer Commission (ACCC) to grant authorisation to collaborate with QantasLink and Virgin Australia on ten regional routes until 30 June 2021.

The 10 regional routes covered under the authorisation are:

The news comes as Rex flagged that it stands ready to service routes from which Virgin Australia has withdrawn services.

Emirates has revealed that is has returned more than AED 5 billion ($1.87 billion) in COVID-19 related travel refunds to date. The airline said it was making strong and steady progress on its commitment to customers to complete pending refunds.

More than 1.4 million refunds requests have been completed since March, representing 90 per cent of the airline’s backlog. This includes all requests received from customers around the world up until the end of June, except for a few cases which require “further manual review”, the airline said.

Oneworld member airlines have committed to achieving net-zero carbon emissions by 2050, a move the group claimed would make it the first global airline alliance to unite behind a common target to achieve carbon neutrality.

The alliance’s 13 member airlines plan to achieve this target within the existing environmental framework previously agreed to by governments, including through the International Civil Aviation Organisation (ICAO).

The airlines will develop their individual approaches to reach the target of net-zero carbon emissions by 2050 through various initiatives, including efficiency measures, investments in sustainable aviation fuels and more fuel-efficient aircraft, reduction of waste and single-use plastics, and carbon offsets among others. 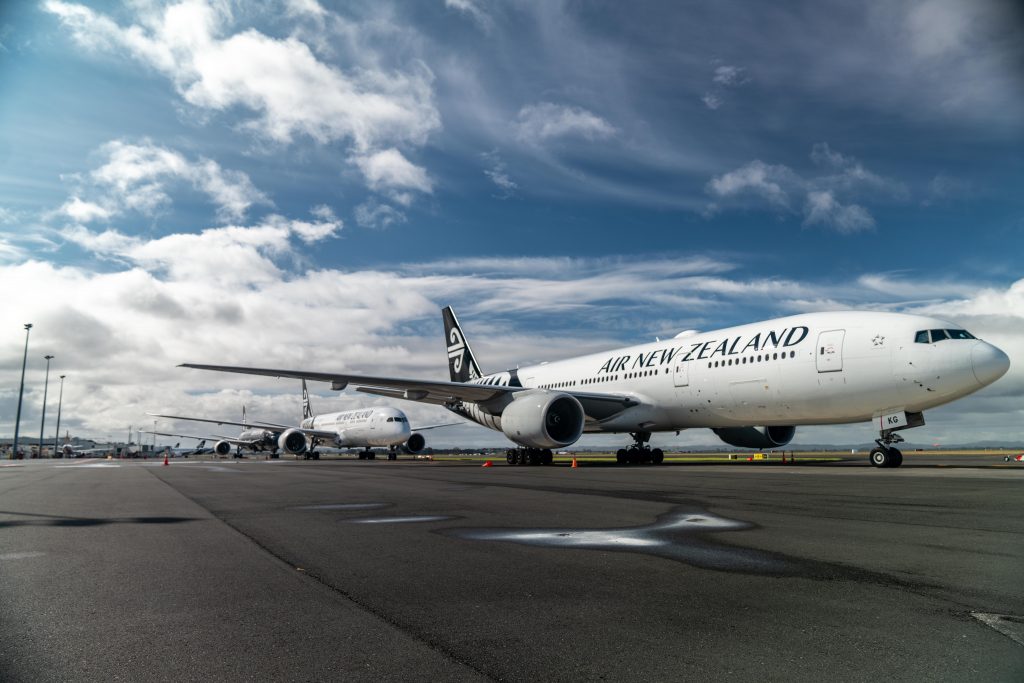 Air New Zealand has announced its Boeing 777 fleet will be grounded until at least September 2021 due to the ongoing impact of the coronavirus pandemic.

In May, the airline grounded the majority of its seven 777-300 aircraft until the end of the 2020 calendar year. At the same time, the company also signalled it was unlikely to fly its eight 777-200 aircraft in the foreseeable future and began preparing to send these into long term storage overseas.

Four of Air New Zealand’s 777-300 aircraft will be stored in Victorville in the Californian desert, while the remaining three will stay in Auckland where they are able to be returned to service if required.

The airline’s 777-200 aircraft will be sent to long-term storage facilities in both Roswell, New Mexico and Victorville, California from later this month.

Based on changes to immigration control, recently instituted public health quarantine measures and passenger demand trends of each country due to the widespread impact of COVID-19, All Nippon Airways (ANA) has suspended or reduced flights for select routes in September.

Among the changes, services for Haneda to Houston will resume in October, while flights between Haneda and Sydney, Haneda and Paris, Narita and New York, and Narita and Mexico will be increased.

However, the service from Tokyo to Sydney will remain the same at three times weekly.

The Narita to Honolulu route will also resume two round-trip services in October operated by Boeing 787-9, in order to meet the demands of passengers for studying or working purposes.

The decision will enable the carriers to continue to coordinate operations between Australia and mainland China until March 2022.

Finnish airport operator Finavia is preparing to pilot a UVC light technology project, with the aim of using the technology to disinfect control trays with UVC light to kill bacteria and viruses.

During the pilot project, equipment based on different technologies will be tested at a number of security control lines, and involves testing of a variety of different equipment in order to find the product that best suits the airport environment.

Meanwhile, the City of Vantaa opened a health information point at Helsinki Airport to provide health counselling to arriving passengers. In addition, a COVID-19 testing point has been established for arriving passengers who report symptoms resembling those of COVID-19.

Finnair has also reiterated that its book with confidence policy – which allows travellers to change their travel dates free of cost – runs until 31 May 2021. 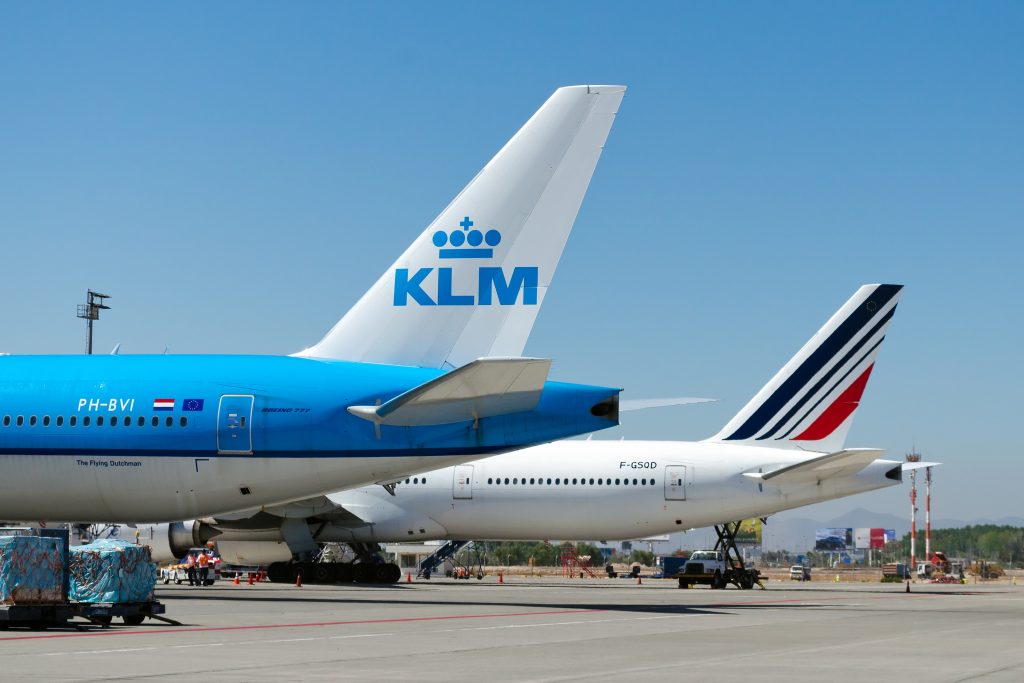 The Air France-KLM Group and Amadeus have announced an innovative NDC distribution deal.

The agreement means that Air France-KLM NDC offers can be made available for travel agents through the Amadeus Travel Platform and its NDC-enabled solutions.

Over the last few years, Air France-KLM has been working with Amadeus to connect its NDC services to the Amadeus Travel Platform.

The prime booking flow of shop, order, pay has already been integrated, meaning pilot travel agents will be able to book via NDC through the platform in the fourth quarter of this year. The full integration with servicing capabilities is expected to complete in the first half of 2021.

In partnership with the Transportation Security Administration, Delta is rolling out bins made of innovative antimicrobial materials to automated screening lanes in Atlanta, Minneapolis/St. Paul, Los Angeles, New York-LaGuardia and New York-JFK throughout the month.

Delta will evaluate opportunities for expansion to other markets following the launch in these cities.

Inmarsat, a world leader in global, mobile satellite communications, has announced that its award-winning GX Aviation inflight broadband is now available on 100 Qatar Airways aircraft, across the airline’s fleet of Boeing 777s and Airbus A350s.

Qatar Airways passengers receive one hour of free access to GX Aviation on equipped flights, with the ability to purchase full-flight access if more online time is needed. The service, marketed as ‘Super Wi-Fi’ by Qatar Airways, has been used by millions of the airline’s passengers since 2018, when it became GX Aviation’s launch customer in the Middle East and North Africa (MENA) region. 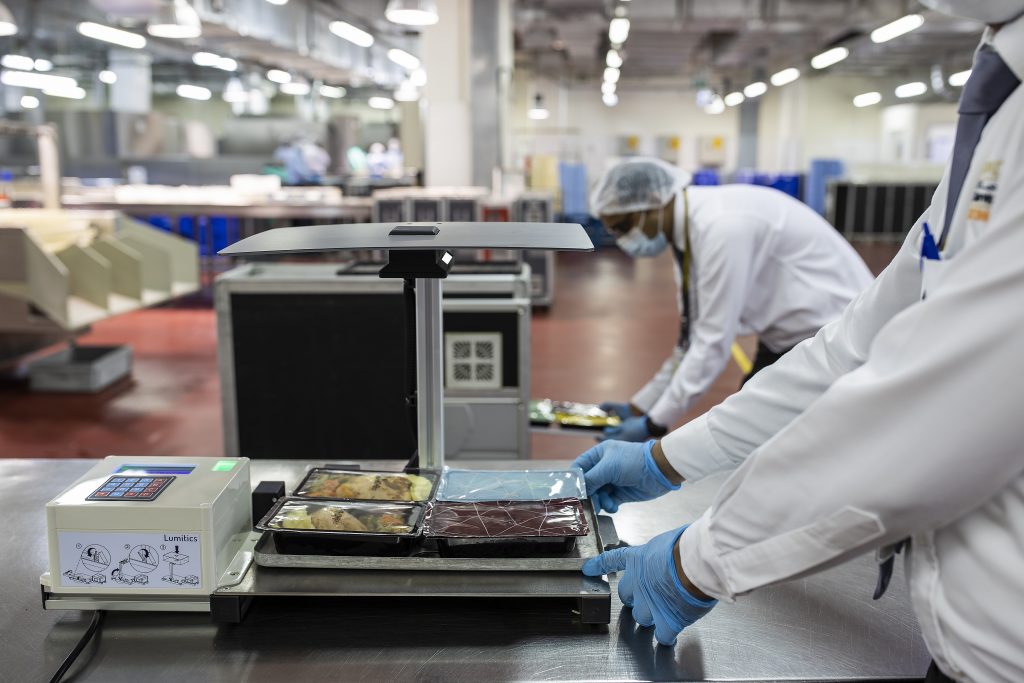 Etihad Airways has partnered with Singapore-based food technology start-up Lumitics to trial the use of computer vision and machine learning to reduce food wastage on Etihad flights.

The partnership will see Etihad and Lumitics track unconsumed economy class meals from Etihad’s flights, with the collated data used to highlight food consumption and wastage patterns across the network.

Thai Airways International has been granted court approval for its debt restructuring plan, after the airline racked up debts as high as 350 billion baht ($15.3 billion).

According to Bloomberg, the airline plans to submit a debt plan to the court in the fourth quarter and aims to complete the restructuring process in five years. 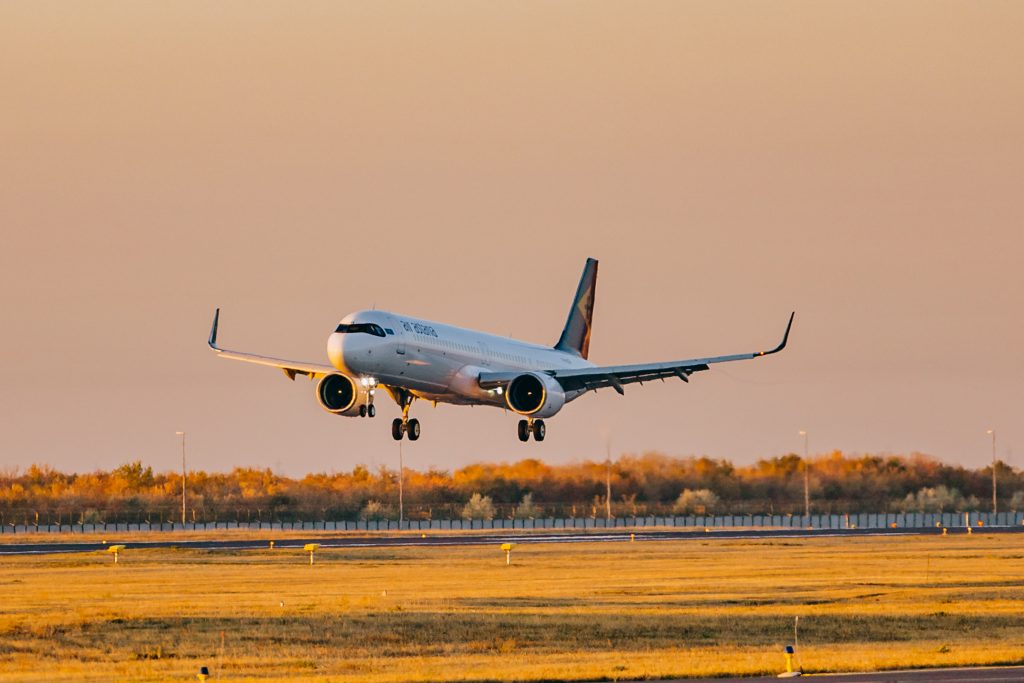 Kazakhstan-based carrier Air Astana has announced it will introduce direct flights from Almaty to Frankfurt from 2 October 2020.

Initially twice-weekly services, the frequencies of flights will increase to three per week from 26 October, taking off on Mondays, Wednesdays and Fridays, and will be operated using the new Airbus A321LR (pictured).

An early-morning arrival in Frankfurt will provide connections across European and North American destinations operated by Air Astana’s codeshare partner, Lufthansa, from Terminal 1.

SITA has initiated a series of four Asia-Pacific focused webinars, with the first two now available for viewing, with details as follows:

Create a safe and more efficient travel experience at the airports

Enhancing borders to cope during the crisis and to accelerate recovery 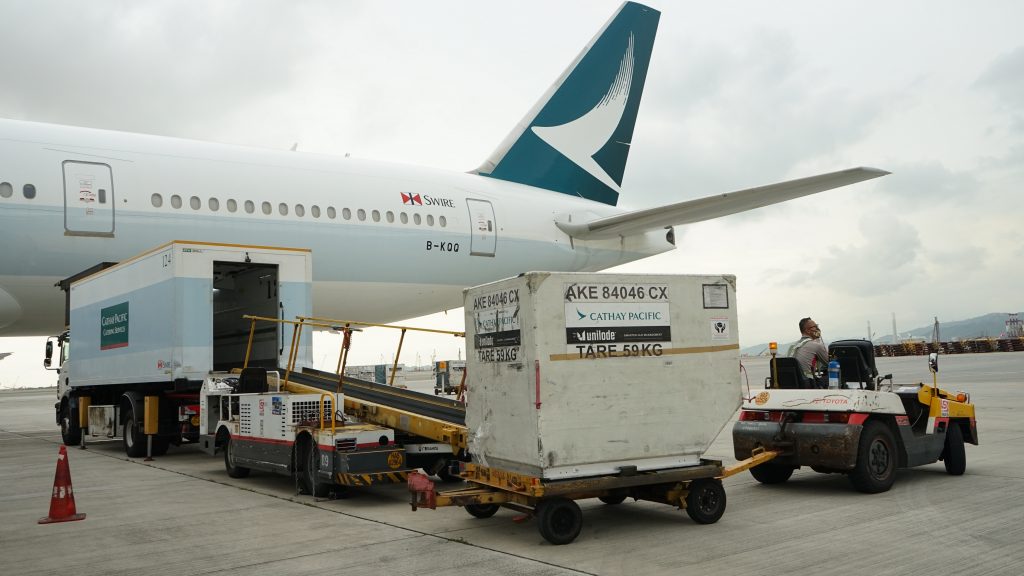 Due to COVID-19, HKP has had to suspend a majority of its airmail services to destinations across the globe, including Australia.

Following regulatory approval from the Hong Kong Civil Aviation Authority, Cathay Pacific Cargo is now able to carry air mail from Hong Kong to Australia in the cabin of its B777 Preighters, reducing the surface mail delivery time by sea from several weeks to a few days. 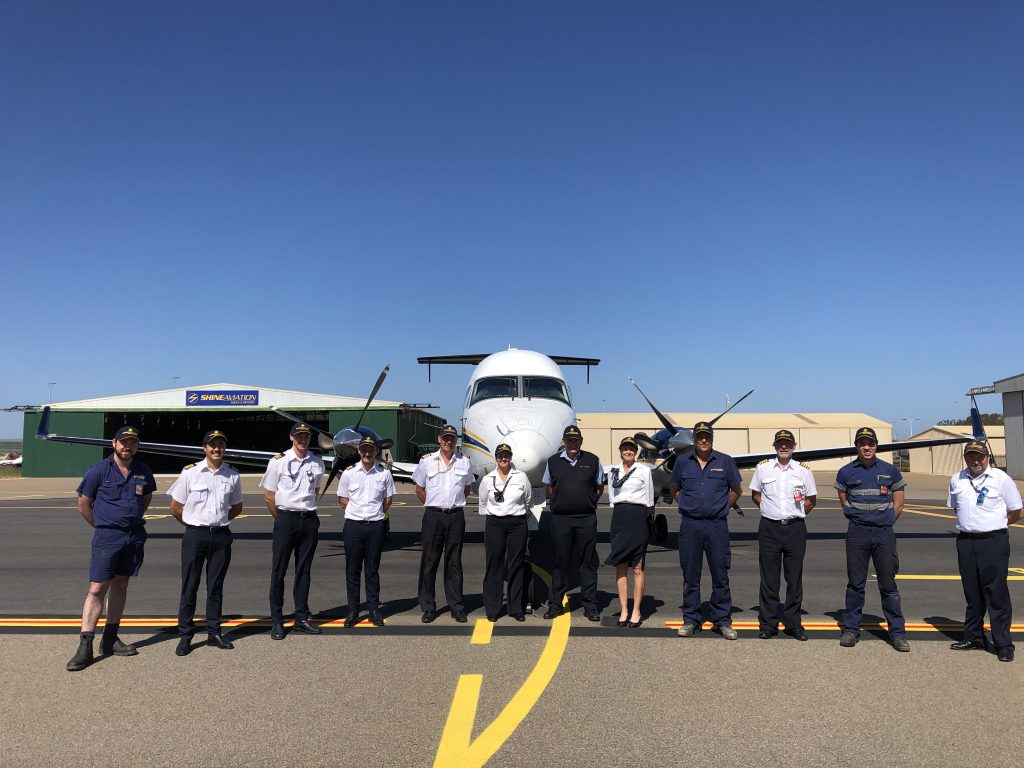 Shine Aviation, based north of Perth in the coastal city of Geraldton, is experiencing continued demand for its services.

With the challenges of the coronavirus pandemic, Shine Aviation said it moved quickly to offer discounted scenic flight packages for travellers taking advantage of border closures, packages include scenic flights to the Abrolhos Islands, the Pink Lake, Murchison Gorge, and more.

“In the face of current market challenges, we have increased our focus on digital marketing, in particular social media, and recently incorporated public relations into the mix,” managing director John Gooch said.

“We offer a broad range of scenic flight packages to suit everyone’s needs. We have also discounted some packages to make some of our flight options more accessible and appealing to tourists.”