Air New Zealand CEO Greg Foran has announced a reduction in the size of his executive team, as the airline adapts to a much smaller scale in the wake of the impact of COVID-19.

Chief strategy networks and alliances officer Nick Judd will depart the airline on 31 May, and chief air operations and people safety officer John Whittaker will exit on 31 July.

Air New Zealand’s chief marketing and customer officer, Mike Tod, will step away from the airline full-time on 31 May and will provide advisory support to Foran and the board during the current business transformation phase.

Foran said the portfolios of Judd, Whittaker and Tod will be absorbed by the remaining members of the executive team.

Air New Zealand has also extended the timeframe for its significantly reduced network, with its minimal international operations to continue through to 31 August 2020.

Furthermore, the carrier has reopened a number of its lounges across New Zealand, and announced a new way for the airline and its Airpoints members to give Kiwis a helping hand in tough times.

As at close of business on 25 May 2020, Air New Zealand’s short-term liquidity was approximately NZ$640 million ($596.2 million), which does not include any funds from the NZ$900 million ($838.4 million) loan facility with the New Zealand government. 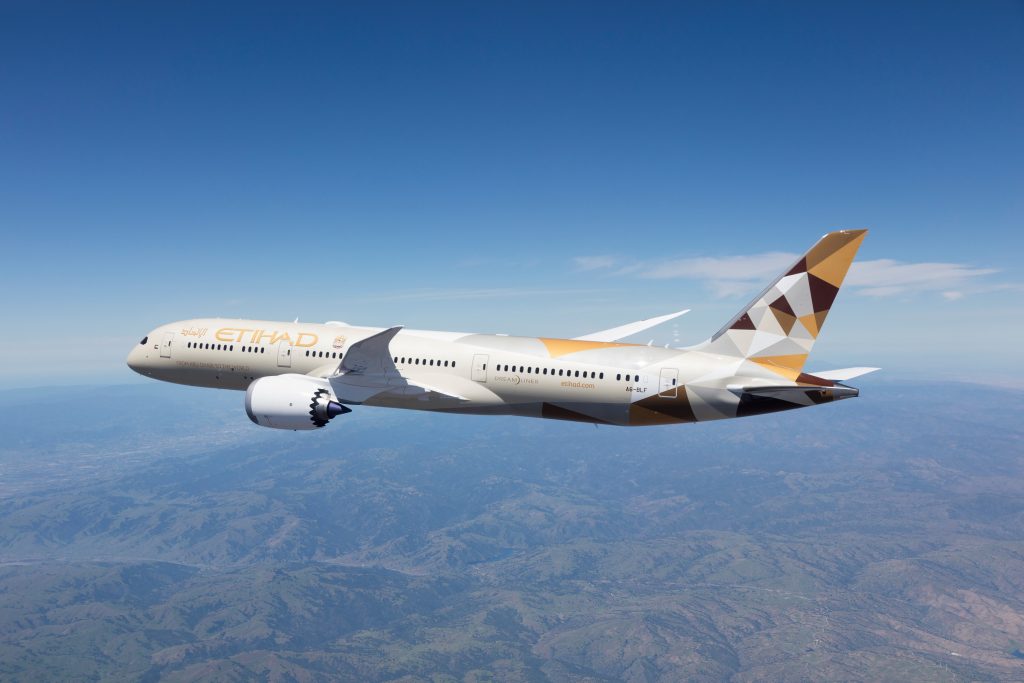 Etihad Airways is continuing to increase the number of special flights it is operating worldwide to and from Abu Dhabi.

Throughout May and June, the airline will increase frequencies on previously announced special flights and will add new services to Belgrade, Dublin, Geneva, Milan, Paris Charles de Gaulle, and Toronto.

In addition to the recently launched link between Melbourne and London, Etihad will also add services to Sydney, allowing a direct transit connection to and from the UK capital via Abu Dhabi.

Sydney Airport has revealed that total passenger traffic in April 2020 was 92,000, down 97.5 per cent on the prior corresponding period.

The major Aussie airport also announced the re-election of Ann Sherry and Stephen Ward as directors on its board. 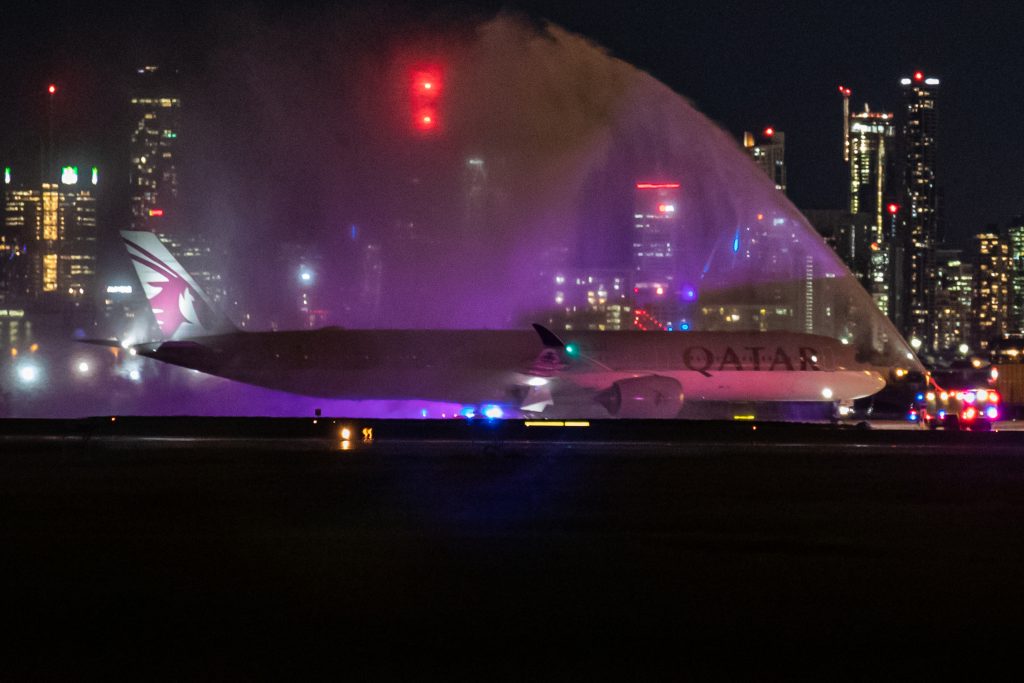 Qatar Airways has officially resumed its Brisbane operations, with the first flight of the new service landing at Brisbane International Airport on Thursday night.

The airline’s Airbus A350-1000, equipped with the airline’s luxurious business-class seat, Qsuite, currently operates commercial flights from Doha to many destinations around the globe. Qatar Airways is the first to fly this aircraft to Brisbane.

The increase will see Singapore Airlines operate up to 10 cargo-only flights a week using passenger aircraft to Sydney and Melbourne, and twice-weekly cargo-only passenger flights to Brisbane.

AirAsia guests with flight bookings departing between 23 March and 31 July 2020 can now choose between a credit account with a two-year validity period or unlimited flight changes for flights departing up to 31 October 2020.

The airline said all credit accounts previously issued for COVID-19-related disruptions will also be provided with an automatic extension of validity up to two years for future travel.

AirAsia’s chief customer happiness officer, Adam Geneave, detailed the changes in a video message, which you can check out below:

Airports Council International (ACI) and the International Air Transport Association (IATA) have called on governments to ensure any new measures introduced for airports and airlines in the wake of COVID-19 are supported by scientific evidence and are consistent across the world.

ACI and IATA have jointly issued a paper laying out a pathway for restarting the aviation industry.

The joint paper proposes a layered approach of measures across the entire passenger journey to minimise the risk of transmission of COVID-19 at airports and onboard aircraft, and to prevent aviation becoming a meaningful source of international re-infection.

Such measures should be globally consistent and subject to continued review, improvement, and removal when no longer required, to ensure an even recovery, according to the paper. 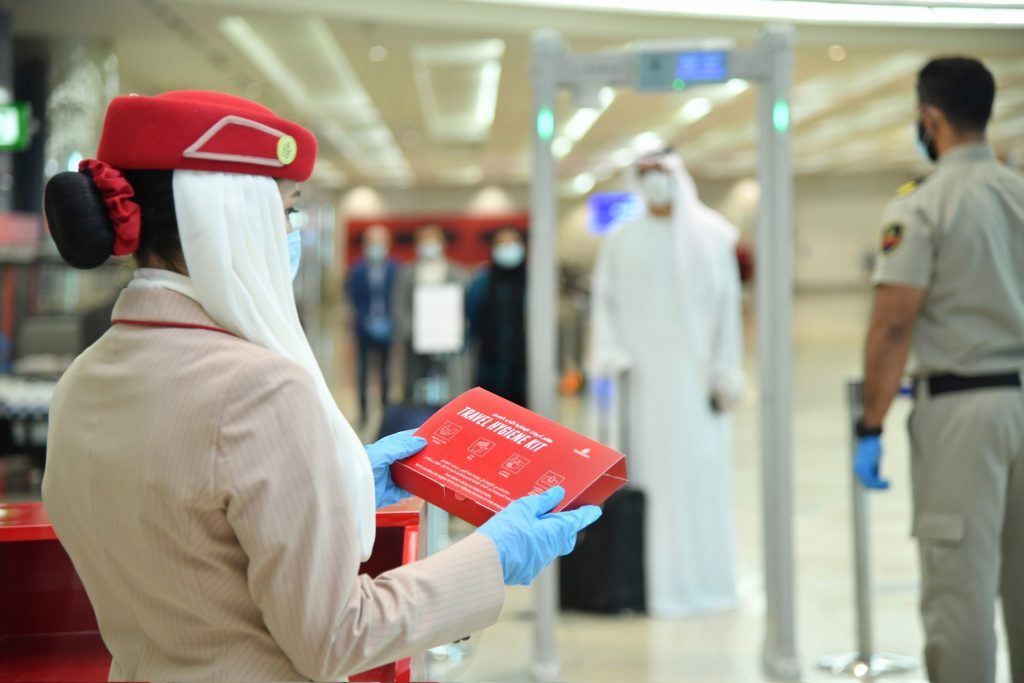 Emirates has unveiled multi-faceted measures for employee and customer care “at every step of the travel journey”, redefining its safety and hygiene standards on board and on the ground.

The new measures (which you can read more about here) took effect late last week, with the resumption of regularly-scheduled passenger flights to nine destinations.

In a recent trading update, Alliance Aviation Services revealed that with the impact of COVID-19 somewhat stabilising, it expects to report a profit before tax in excess of $40 million for FY20

“The board is of the view that this is an exceptional result and demonstrates the underlying robustness and diversity of the Alliance business model,” Alliance said.

Delta-designed airport lobby and gate safety barriers on the way

To add another layer of safety at airports for customers and staff, Delta Air Lines turned to its Delta Flight Products subsidiary to design and manufacture a custom plexiglass safety barrier especially for airport check-in lobbies, departure gates and Delta Sky Club counters.

The Delta Flight Products team quickly created a thoughtful design, worked with airport customer service teams to test installation at Delta’s Atlanta hub and is now manufacturing up to 150 ​barriers every day.