While many viral hotel reviews tend to throw accommodation providers under the bus, this one has got many of them in stitches.

A guest from the US was visiting The Pink Guest House in Portree in the Isle of Skye region of Scotland when he got a nasty shock from the ‘soap’ provided in his room.

Because it wasn’t soap, it was fudge. Or, to be more precise, a tablet bar. 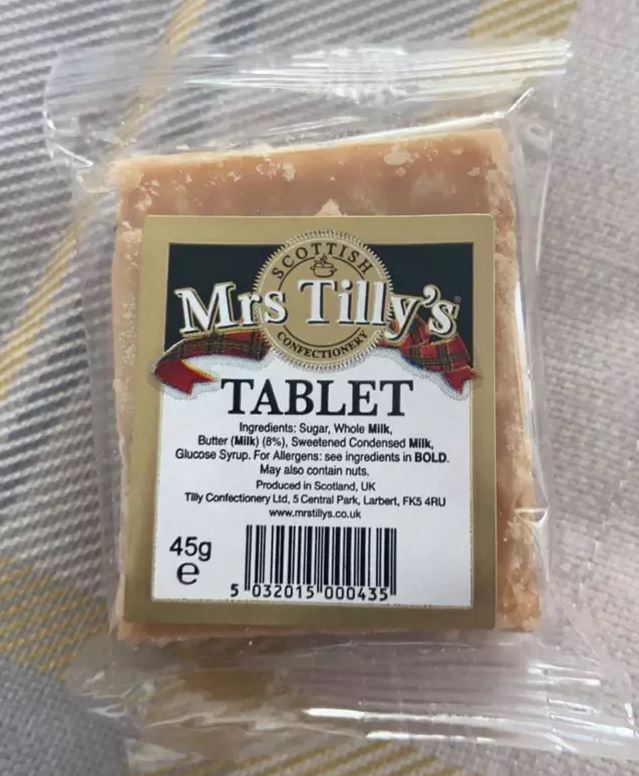 The man, who identified himself as Thomas, left a review on Booking.com about his ordeal. Apparently, besides mistakingly slathering himself in fudge, he enjoyed his stay at the property and rated it nine out of 10.

“Location and view were superb. Very clean and had everything we needed,” he wrote.

“You have got to do something with that brown tablet bar of soap you put on each of our beds. Not only was it gritty and left an oily residue but disintegrated before the shower was done! I have had much better exfoliating bar scrubs.”

“In an industry where we are often slated for the slightest issue while doing our best for the guests and with little right to reply, this review has brought a lot of laughter and light relief to thousands of hospitality workers,” Fernie said.

“However it is not our intention to embarrass this guest who obviously thought he had a genuine reason to bring this to our attention.

“The first we knew of the tablet was the Booking.com review. The tablets are left in every room along with the Steven Brown shortbread and we provide continental breakfasts in all bedrooms.”

According to LADbible, the review was also shared to Twitter attracting the attention of the tablet’s manufacturer, Mrs Tilly’s, who said they were delighted to see their product as an in-room treat, however, “we would like to remind everyone that it is best to eat the deliciously indulgent sweet treat, using it as soap isn’t one of our serving suggestions!”

Life in the time of COVID-19 with Booking.com’s Melissa Ellison

We managed to book in Booking.com’s local area manager for both a chinwag and a binge session of Netflix’s Mare of Easttown.

Booking.com’s Melissa Ellison has scored a promotion and reportedly opted for embossed over debossed letters on her new business cards.

The research also revealed the majority of LGBTQI+ travellers have had to take their safety into account when choosing a destination or felt they needed to modify behaviour.