Australian tourism is gearing up for another chat show boost, this time in the form of Ellen DeGeneres as the American TV host revealed she will be filming Down Under in March.

The Ellen DeGeneres Show will film segments in Melbourne and Sydney which will air in April to a global audience.

Qantas has partnered with Aussie vitamin firm Swisse Wellness, the show's sponsor, to support the initiative, with chief executive Alan Joyce branding it a "great coup" for Australian tourism.

"The Ellen DeGeneres Show is one of the top-rating shows in the United States and screens in several key source tourism markets, making it a great platform to profile what Australia has to offer as a holiday destination," he said.

It comes at the end of a week which saw Tourism Australia hold its annual G'Day USA promotion and Qantas host its annual Spirit of Australia party in Los Angeles.

DeGeneres follows in the footsteps of Oprah Winfrey who made a much-hyped visit to Australia in December 2010. The exercise was branded a failure from a tourism perspective by some when Australian Bureau of Statistics figures revealed that the number of visitors from the US fell in 2011. However, Tourism Australia recently attributed a rise in American visitors of nearly 4% to around 472,000 people in the year to October 2012 to the "Oprah effect".

China: go where the locals go 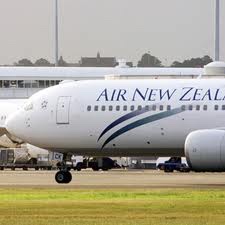