International Rail has launched a range of Japan rail passes to welcome the snow season.

There are special rail passes for various regions such as the Japan East Pass, which includes metropolitan Tokyo as well as popular ski regions such as Nagano, Niigata, Sendai, Morioka, Misawa and Akita.

This pass is available for five days of flexi travel over a 14 day period. For pricing and more information click here.

Vancouver Photo Walks are becoming an extremely popular way for visitors to explore the city.

Ranked #11 out of 145 activities in Vancouver and awarded the TripAdvisor 2014 Certificate of Excellence for consistent, great reviews by travellers from around the world, visitors have their cameras at the ready as they explore beautiful Vancouver while learning the basics of photography.

APT recently partnered with South African Airways to treat a group of its top performing travel agents to an African adventure.

With less than ten-days remaining, agents are encouraged to finalise any new bookings to be in with a chance to experience Uniworld’s newest cruise, the eight-day Bordeaux, Vineyards & Chateaux cruise for two.

Car Next Door a ‘car matchmaking service’ that connects people who have a car with people who need to borrow one, will offset every kilometre that its customers drive by helping Greenfleet plant native forests.

Greenfleet’s chief executive officer Wayne Wescott said, “There is a strong alignment of values between Greenfleet and Car Next Door – with both companies providing a practical solution that empowers people to take action on climate change."

The RWR Group has announced the appointment of Mandy Scotney as Group CEO.

Mandy brings a strong track record of success to the RWR Group with more than 10 years senior management experience gained in both the recruitment and travel industries.

“I’m so excited to be taking this step in my career,” stated Mandy. “Recruitment is an industry that combines my passion for helping business’ grow with my love of seeing careers flourish. I’m thrilled to be here! ” Scotney said.

Belmond is launching two new journeys onboard the Eastern & Oriental Express in 2015.

The five night ‘Fables of the Peninsula’ from Singapore to Bangkok on March 29, 2015 and the two night ‘The Ancient Temples of Lanna’ on October12,  2015 from Bangkok to Chiang-Mai.

For pricing and more information head to their website.

Virgin Australia will be offering a range of unique and personalised services between Sydney and Melbourne in time for this year’s Spring Racing Carnival.

The airline has announced porters will again be on standby ahead of Derby Day and the Melbourne Cup to offer eligible guests a personalised Hat Valet service, ensuring premium handling of the most important part of any race day outfit.

Pre-flight pampering options will also be offered including professional blow-dries and hair styling, make-up kits by ModelCo as well as a dedicated shoe-shining service, all designed ensure guests arrive in Melbourne race-ready. 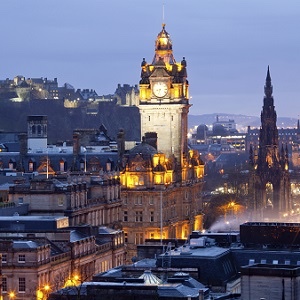 5 free things to see and do in Edinburgh 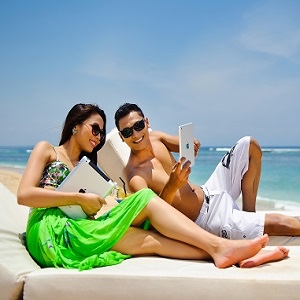