Excite Holidays and Malaysian Airlines, along with Express Ticketing, recently hosted a group of travel agents on a famil to Malaysia and Thailand.

Flying into Kuala Lumpur with Malaysian Airlines they spent a few nights at Berjaya Times Square. Once in Thailand the group were hosted by Centara Grand Resort & Villas and Centara Anda Dhevi Resort & Spa in Krabi.

Holidays business development manager, Walter Nand said “It’s fantastic to be able to reward some of our loyal agents with such a great experience.”

The Sunshine Coast Hinterland Great Walk will host this year’s Blackall 100 on the weekend of Novemeber 8, 2014.

The Blackall 100 is expected to draw up to 1000 participants from all levels of competitiveness to take part in 50km and 100km runs.

Travelmarvel is offering extensive discounts across its European land journeys in 2015.

Etihad Airways has unveiled a new livery design to be introduced across its fleet, with the new look reflecting the traditional Emiriati design patterns, the landscapes of the desert and the modern archietectural shapes of Abu Dhabi.

The new livery was unveiled as the airline's first A380 rolled out of the paint hangar at the Airbus Finkenwerder facility in Germany, with the designs also a key feature of the new cabin interiors onboard Etihad's A380 and Boeing 787 aircraft.

Tourism Australia took out the award for ‘Best Social Media Presence in the Tourism Board category,’ at this year's ‘Skiftie’ awards.

Skift, CEO and co-founder  Rafat Ali, said the judging had been extremely competitive.

"To us, acquisition of users was not enough to make a brand stand out, it was about how their content engaged the community, and how present and genuine the brands were in their attempt to inspire and convert their audience.” Ali said.

Intrepid Travel’s aims to cater for adventure travellers in Hawaii for 2015, with the inclusion of two new departures.

Emirates will operate a one-off Airbus A380 service to Imam Khomeini International Airport, Tehran, on September 30, 2014 in celebration of the launch of the fourth daily flight between the two cities which began on 1st September 2014.

Bench International has opened an office in Cape Town, South Africa to handle its rapidly expanding operation there.

Bench International, chairman Mike Kirkland said that the new office in Cape Town will give them flexibility when designing itineraries as well as provide quality service and client care.

P&O Cruises World Cruising is putting the finishing touches on its brand's new livery for its latest ship Britannia, the largest ship built for Britain and set to launch in an official ceremony in Southampton in March 2015.

The new look features a contemporary version of the Union Flag, with two distinctive blue funnels carrying an illuminated rising sun motif to depict the Oriental part of the Peninsular and Oriental (P&O) name on the company's coat of arms. 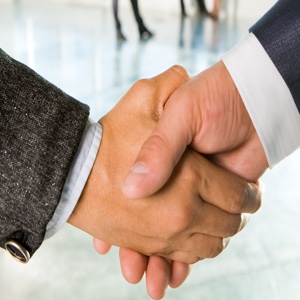 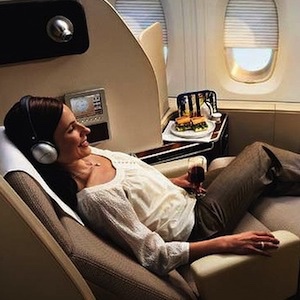