Lombok determined not to be next Bali

The Indonesian island of Lombok will ramp up its play for Australian tourists on the back of a new direct air link with Perth, but its tourism industry is adamant it will not follow the same route as neighbouring Bali.

With tourism seen as vital to the island’s economic development, the launch of Jetstar’s four times weekly Lombok-Perth link last week has been welcomed by the local industry which is keen to see it rise to daily and extended to other Australian ports.

Once of the destination’s most significant markets, Australian visitor numbers dropped off as a number of events, including 2000's riots and the Bali bombings, took their toll. But the head of the region’s tourism board, Awan Aswinabawa, told Travel Today that Australian visitor numbers, which totalled roughly 45,000 in 2012, are expected to double next year on the back of the new service.

Nonetheless Lombok Hotels Association president Stephane Servin is confident the tourist influx will not see the island follow in the footsteps of Bali's bustling tourist scene.

While frequently described as "like Bali thirty years ago", Lombok's contrasts with Bali are its main attraction, according to Servin.

"So we must find solutions to manage the destination so it keeps its authenticity and doesn’t get overcrowded," he said.

The location of Lombok's international airport, opened in 2011, plays a key role in ensuring an even spread of tourism around the island rather than creating a Kuta-like hub.

The local government is also very concerned with the protection of local culture and avoiding the overdevelopment of the island as seen in Bali, where the market is flooded by an excess of accommodation which cannot be filled by the number of air services coming in.

“The local government in Lombok is saying this is what you need to avoid,” Servin said. “Nothing else is more important than to avoid what Bali is going through now.”

While he also expressed hopes that the number of air services arriving in the island would rise, he underlined the need for a sustainable approach.

There are currently around 8,500 rooms available in Lombok ranging from beach huts to luxury hotels, with a further 200 rooms currently under construction. Another four resorts are in the final phase of planning for 2014.

“For us, that’s sustainable growth in inventory. We can guarantee the airlines coming in that their passengers that want to come will get a room,” Servin said.

As the airlines fill more aircraft and consider increasing services, the destination can then look at additional accommodation investments with all sectors working together in “partnership”.

Instead of looking to Bali for guidance on how to develop tourism, the island is instead looking to Singapore, he revealed.

“Singapore has started a habit of creating a new attraction every two years in order to maintain interest in the destination – this is what we need to do.” 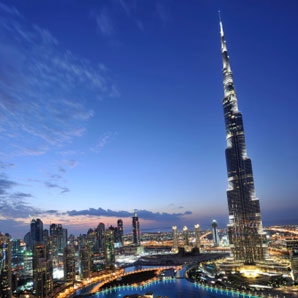