Flying into the unknown

It's commonly said that commercial aviation is the safest form of transport. Readily available statistics from numerous sources point to the same conclusion. Take the US-based National Safety Council's research paper from 2010, for example. It concluded that in the average human lifetime, your chances of perishing in an accident involving a motor vehicle are around one in 112 – about 0.8%. Your chances of dying in an aviation accident, meanwhile, are a considerably more remote one in 8357. That's about a 0.01% probability. Which should make people feel much better about flying.

But the concept of taking to the skies still frightens people and that common fear compounds with each high profile tragedy or terrorist attack.

September 11, 2001 provided all the evidence necessary – the coordinated terrorist attacks 13 years ago were unquestionably the most shocking in aviation history. The hijack and use of commercial aircraft as effective missiles, beamed live into millions of homes worldwide, radically shifted perceptions about what was possible when stepping onto a passenger jet.

Despite occurring in the ninth month of the year, the fallout was considerable. The International Air Transport Association (IATA) report The Impact of September 11 on Aviation, published a decade after the attacks, reveals that global passenger traffic fell by 2.7% in 2001. To put this in perspective, the IATA report showed that passenger growth rose in every other year between 2000 and 2011, save for a dip of 2.1% in 2009, right in the heart of the Global Financial Crisis.

Clearly the complexity and audacity of the terrorist plot of September 11 caught aviation and security authorities by surprise. Former Qantas Security and Emergency Management senior executive Geoff Askew concurs. "The focus of the industry at that time had been on the prevention of acts of hijacking and sabotage of aircraft and the protection of ground infrastructure. Although the use of an aircraft as a weapon to attack ground assets had been considered a remote possibility, it was thought to be an event that was mostly likely to occur with the use of a private aircraft."

Sadly, as is often the case, it takes a tragedy to ensure an activity becomes safer for future generations. In the wake of the September 11 attacks, for instance, onboard security doors were rapidly upgraded to make the cockpits of most commercial aircraft nigh on unbreachable.

"Aviation is more secure today than in 2001. This year, over three billion passengers will travel by air, double the number that flew in 2001. But this has come at a great price in terms of passenger convenience and industry costs," IATA's regional vice president, Asia Pacific, Conrad Clifford said.

Essentially, to manipulate a well known axiom, the price of safety is eternal vigilance. People travelling by air over the last 13 years can realistically feel safer but are paying for it in time costs. "Before 9/11, the average airport checkpoint processed 350 passengers per hour. Today it is below 150," Clifford said.

Which leads us to the present day and two recent disasters of a very different nature that raise questions global aviation authorities will need to address in the coming years.

The case of Malaysia Airlines Flight 370 has clearly added another moribund chapter to the annals of aviation disasters. More than six months after the aircraft vanished into the night on March 8, early into a flight from Kuala Lumpur to Beijing, its whereabouts – and more pertinently – the complete chain of events that led to its fate remain unknown. That a modern Boeing 777, an aircraft with a virtually unblemished safety record, could vanish without a trace in this age of sophisticated radar and satellite technology is a terrifying concept indeed.

What is known of MH370's disappearance is that both the aircraft's transponder and Aircraft Communications Addressing and Reporting System were shut down around the time of final cockpit communication. Alarmingly, the September 11 hijackers also switched off the transponder systems, which suggests MH370 may also have been a victim of insider involvement or foul play.

Defending against such risks has been – and remains – a high priority for the aviation industry. "Insider threats are generally considered risks posed by staff of airlines, airport operators or other organisations that have a role in supporting the aviation industry. Managing this risk is highly dependent upon robust recruitment processes and background checks as well as solid supervision and staff awareness training. Check-in and other airport staff, security personnel and in particular flight and cabin crew are trained to observe and report suspicious behaviour. Also, the introduction of protected disclosure or whistle blower regimes are rightly becoming more common throughout the industry," Askew said.

But is it enough and what if other security measures conspire against aircrew and ground staff? Enhanced cockpit security, for instance, has created a near impregnable barrier to the rest of the aircraft, but this is a dangerous thing if the threat is already in the cockpit.

"The aviation safety regulators and the aircraft manufactures worked closely together to ensure that the introduction of enhanced cockpit doors to commercial aircraft post 9/11 were engineered with sufficient safety features so as to not pose any additional risk to flight crews. In addition to the importance of the engineering features of the door, its success as a security risk mitigation measure is highly dependent upon the processes and training regime associated with its operation, for cabin and flight deck crew," Askew said.

Once again, it is a safe assumption that the MH370 disaster will have positive implications for air travel into the future. "The disappearance of a commercial airline as happened with MH370 is obviously not acceptable this day and age.  Governments, the industry, along with other stakeholders and interested parties are working tirelessly to develop and implement technologies and measures that will prevent this type of incident from ever happening again," Askew said.

IATA are already working on a solution. "Following MH370, IATA has established an Aircraft Tracking Task Force, which includes the International Civil Aviation Organization and experts from around to world, to develop recommendations to improve global flight tracking," Clifford said.

The downing of Malaysia Airlines flight 17 on July 17 raised a completely different issue regarding air safety. The victim of a surface to air missile, presumed to have been fired by pro-Russian separatists in Ukraine, the tragedy gave rise to questions about the prudence of overflying conflict zones, particularly as there were existing precedents for avoiding such areas.

But rather than having a peak body stipulating where and where not to fly, Askew believes that the decision should remain with the individual carrier. "Airlines, like any other business, must be responsible for assessing their own risks. However, to enable airlines to make an informed assessment they must be in possession of all the available information and therefore a strong, open relationship between the airline and other appropriate government agencies in their home country is essential."

Clifford has a similar view. "The tragedy of MH17 did highlight some gaps, and industry and governments are working to address these. Airlines need to be provided with better information with which to make risk assessments of the various threats they face. This information must be accessible in an authoritative, accurate, consistent, and unequivocal way. It is the responsibility of states to provide that guidance."

The future of commercial aviation promises many other benefits and IATA has twin goals that revolve around enhanced security and a more efficient user experience at the airport. "The vision is to have a data-driven, risk-based and outcome-focused security delivered in partnership with industry and to harmonised global standards," Clifford said.

Streamlining passenger experience is a key priority. "IATA and the Airports Council International are collaborating on Smart Security, which will strengthen security, improve the passenger experience and increase operational efficiency at airport checkpoints," Clifford said.

What is clear, evidently, is that in spite of constant safety improvements, flying will never be an entirely risk free mode of transport. However the diligence of aviation authorities and the development of new technologies should provide encouragement to the travelling public.

Clifford, for one, remains bullish about the future. "About 100,000 flights take off and land safely every day. The current system is not broken."

With additional research by Hannah Edensor 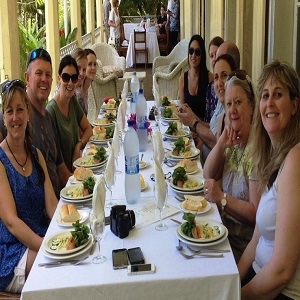 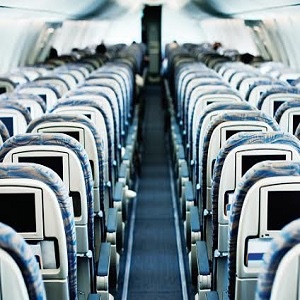 How to do business in economy

“Tripadvisor for pets”: New app to connect Aussies with pet-friendly hotels and experiences

This new app is like Tripadvisor, except instead of telling you which restaurants have grumpy staff, it tells you how likely they are to want to pat your dog. Well, that’s our understanding.