Tourism minister Martin Ferguson has told the industry it can no longer operate in isolation as he defended the $8 increase in the Passenger Movement Charge.

Speaking to Travel Today in Shanghai yesterday where Tourism Australia launched the next phase of its There’s Nothing like Australia campaign, Ferguson said he understood the concerns of the industry but insisted the increase was necessary.

His comments came as industry groups addressed a parliamentary committee examining a budget decision to raise the tax to $55 from July 1.

Reacting to criticism that the PMC massively over-collects what is needed for customs and airport services, Ferguson reeled off a list of projects where funding is required and which benefit the industry.

“We are spending money on Tourism Australia activities, employment and training, migration opportunities, visa processing,” he said. “This is where the old approach of tourism being a standalone ministry has gone. It’s a whole of Government approach.”

The industry should also remember that without the rise in the PMC there would be no $61 million Asia marketing fund which will be paid for by the rise in PMC, he added.

“Without that, you don’t have the capacity to lift your game in markets such as China.”

The industry has also benefited over the past 12 months from the seasonal workers program, a budget for catering training and the extension of the holiday visa program.

“So it’s not as if the industry is not getting enough attention,” Ferguson argued.

The minister added that the PMC was “nowhere near as high” as departure taxes in the UK and Europe.

“Industry groups have voiced their concerns, so be it. I respect their views and no one likes an increase in taxation. But I got the Asia marketing fund so there was a package for the benefit of the tourism industry and for the benefit of the whole business community which in essence wants fiscal responsibility.” 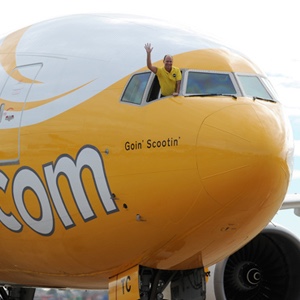 Trans-Tasman travel ‘bubble’ could be in place by September, travel group says

The expert working group behind the proposal for a trans-Tasman ‘bubble’ reckons it could be operational by September.

Got a client who’s keen to get back on the seven seas? Get their attention with this new offering from Silversea.

As the world begins to reopen, operators have begun rolling out new and creative ways to prevent the spread of COVID-19. But this is a new one.