Bookings stagnate as Wotif faces the "end of an era"

Wotif has again flagged the need to expand beyond its hotel booking roots as it warned that trading conditions remain soft despite a rise in consumer confidence.

The online retailer said it had failed to see a bookings increase since the Federal election with any lift in public confidence yet to translate to sales.

Asia also continues to under-perform with any turnaround unlikely before the second half of the financial year, Wotif chief executive Scott Blume said.

On a more positive note, he told shareholders at the firm's AGM in Brisbane that accommodation sales for its rest of world properties have stabilised and are expected to be marginally ahead in the first half of the financial year. Its flights business also continues to “outperform”.

“If current trends continue we would expect our flight TTV to increase by over 30% over the first half of the prior year,” Blume said.

He declined to provide profit guidance for 2014 but said the company would do so when it releases its first half results.

Meanwhile, dynamic packaging on Wotif.com is expected to go live this week which will enable consumers to buy flights, hotels and, at times, transfers and other products.

The launch will provide new competition for bricks and mortar agents in the package arena, a historic product stronghold for traditional retailers.

It also signals the latest phase in the evolution of Wotif which has stressed a need to expand beyond its core accommodation booking business.

“We have successfully negotiated very attractive air and land deals with our partners to ensure that our packages will be competitive and compelling for our customers,” Blume said. “This product builds on the success of the Sydney theatre package product where we had the opportunity to beta test the technology."

Wotif chairman Dick McIIwain told the AGM that branching out beyond its roots was vital for the company’s future as he declared the “end of an era” of double digit accommodation growth.

The slowdown marks “a turning point for the development of Wotif”, he said.

“The results in the 2013 financial year tell much about the current business. They show that the company’s core accommodation and Asian businesses have not produced the growth evident in the company’s early years,” McIIwain told shareholders. “It can no longer see itself as a single purpose accommodation booking transaction service.”

He conceded that the online accommodation market has “not reached its potential over the past few years”, citing the growth of bookings through traditional agents and the emergence of overseas players.

“The broader travel market in Australia offers Wotif an opportunity to be much more than an online accommodation matchmaker for accommodation houses and travellers,” McIIwain said.

Developing its flights business, dynamic packaging and alliances – such as those with Japan Rakuten – are all critical for Wotif, he said.

At the AGM, Blume also revealed that Wotif was close to finalising a deal with a new partner to provide improved content and pricing for the top 20 most popular global destinations for Australian travellers. The upgraded product is likely to go live in the second half of the financial year.

Asian product is also being improved with a soon-to-be-launch marketing campaign expected to drive an improved performance next year. 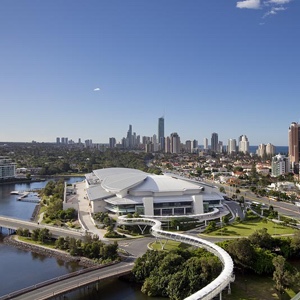 Green shoots have emerged at Webjet, and we’re not talking about the weeds growing in its office pot plants.

After being called out by a new Aussie OTA only just the other day, Luxury Escapes has returned serve with this, and accompanied it with a Lleyton Hewitt-esque “C’MON!”