Rydges is confident that bookings for its new four-star hotel at Sydney Airport’s international terminal will gather momentum as the $68 million property approaches its May opening date.

The opening of the 317-room hotel, originally scheduled for June, has been brought forward to May although the exact date is still to be confirmed, general manager Tish Nyar told Travel Today.

“We only opened up for bookings about a week or two ago, but the enquiry levels and the anticipation are quite strong,” he said.

However, Nyar admitted only a few actual bookings had so far been received because the lead times for an airport hotel are "very short". He expects the majority of bookings expected to come in just two or three weeks prior to opening. As a result, it is difficult to gauge the client mix just yet.

“Because it is in really unique location, it will be interesting to see what the demand is,” he said.

Travellers from Australia’s regions, transiting in Sydney, are expected to make up a large portion of the hotel’s guests. In addition, its seven small to medium conference rooms and two larger spaces expected to have strong appeal for the MICE market.

The majority of enquiries so far have been generated by the Rydges website, Nyar revealed, but he stressed the firm is keen to work with all channels to grow sales.

The hotel is negotiating with “one or two of the key airlines” to package up overnight stays, particularly for early morning departures, with an announcement to be made in around three to four weeks.

A range of opening special rates will also be released in the coming months, although Nyar confirmed rooms will start from between $220 and $250 per night. 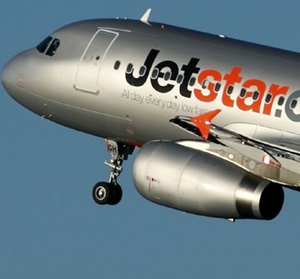 There’s been a change at the top of Hilton Sydney … as in a new boss, not the addition of a rooftop rollercoaster or anything.

Accor doubles down on lifestyle segment with creation of new entity

“Fantastique”, “magnifique” and “très bon” were just some of the words Accor boss Sébastien Bazin used to describe the group’s new lifestyle move.