This International Women’s Day, VisitScotland is shining a spotlight on women in the world of whisky. We’ll drink to that!

The role of women in the whisky industry has drastically evolved over the years and there are great stories about trailblazers and pioneering women from across Scotland.

So, to celebrate bad-ass women around the world, VisitScotland has highlighted a selection of women, past and present, who have made their mark on an industry that has traditionally been seen as a man’s world.

Elizabeth Leitch “Bessie” Williamson was a Scottish distillery manager and former owner of the Laphroaig distillery, noted for being the only woman to own and run a Scottish whisky distillery in the 20th century.

Williamson joined Laphroaig for a summer job as a shorthand typist, but by the time of World War II, she had become the full-time manager of the distillery and, as production was mothballed to help with the war effort, Bessie ensured the distillery’s safety and prevented the looting of stock or equipment.

After the war, Williamson inherited a controlling interest in the distillery. She would go on to travel to the US to promote Laphroaig and the Scotch Whisky Association in her role as its American spokesperson, and is widely credited with forecasting the interest in single-malt whisky.

Rita Cowan was a Scottish woman who is often regarded as the “mother of Japanese whisky”, and as Japanese whisky garners fans, accolades and admiration from around the world, so too does her legacy.

Born in 1896 in East Dumbartonshire, Cowan went on to study at the University of Glasgow where she met and fell in love with Masataka Taketsuru, a Japanese chemist who she married in Scotland in 1920, before they moved to Japan with a shared dream and ambition: to produce a Scotch-style whisky in Japan.

In 1935, they were able to secure funding to set up their own independent distillery, Dai Nippon Kaju, which would later become the Nikka Distilling Company. The distillery was located in Yoichi on the island of Hokkaido, a location that was selected as its climate and geography were similar to Scotland and would be the perfect spot to produce a whisky with the character and quality of a Scotch. 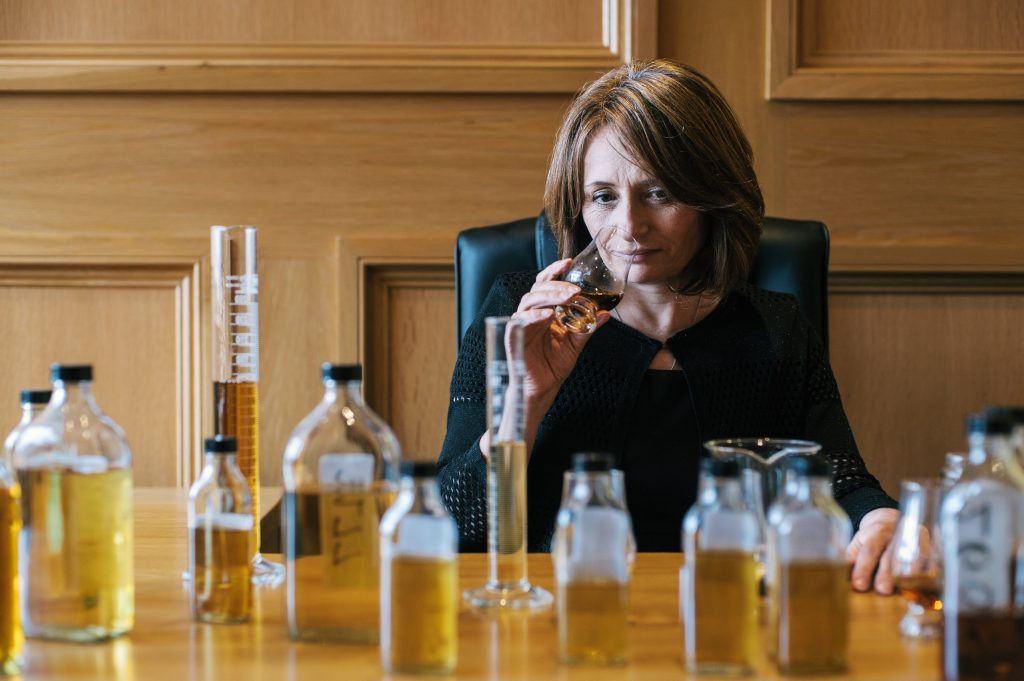 Rachel Barrie is one of the most renowned master blenders in the whisky world and is one of only a handful of females in the role.

With over a quarter of a century of experience, Barrie first worked as a research scientist at the Scotch Whisky Research Institute, optimising flavour character in distillation and maturation as well as a stint in production at The Glenmorangie Company, where she worked on Glenmorangie, Ardbeg and Glen Moray single malts as well as Bailie Nicol Jarvie and Martin’s blends, becoming the master blender in 2003.

Barrie moved to Morrison Bowmore Distillers in 2011, where she developed the whiskies for Bowmore, Auchentoshan and Glen Garioch single malts, also working latterly with Laphroaig and Ardmore. Barrie has tasted over 150, 000 casks and can intuitively bring together an expression.

In 2017, she joined the Brown-Forman family as the master blender for The GlenDronach, BenRiach and Glenglassaugh distilleries. 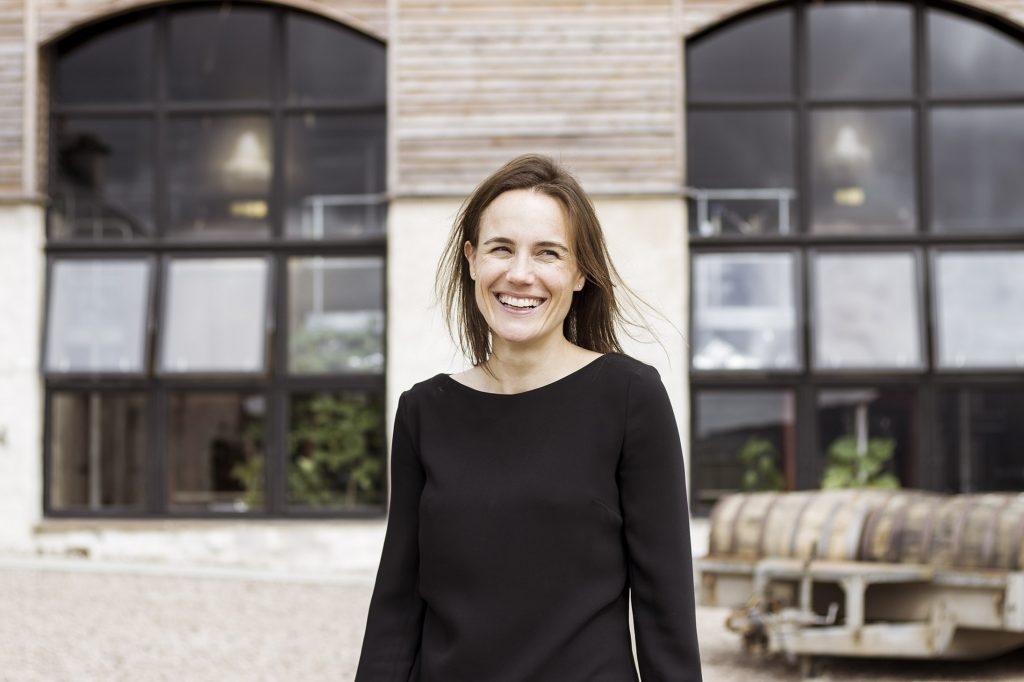 Nc’nean is a small, independent, organic distillery based on the West Coast of Scotland. Founder Annabel Thomas left her job in the city of London back in 2013 to build the distillery from the ground up.

Sustainability is at the forefront of everything Nc’nean do, with the zero-waste distillery being run solely by renewable energy and the whisky being bottled in the industry’s first 100 per cent recycled clear glass bottle.

In September 2020, Nc’nean launched its maiden whisky, the first organic single whisky in the UK. 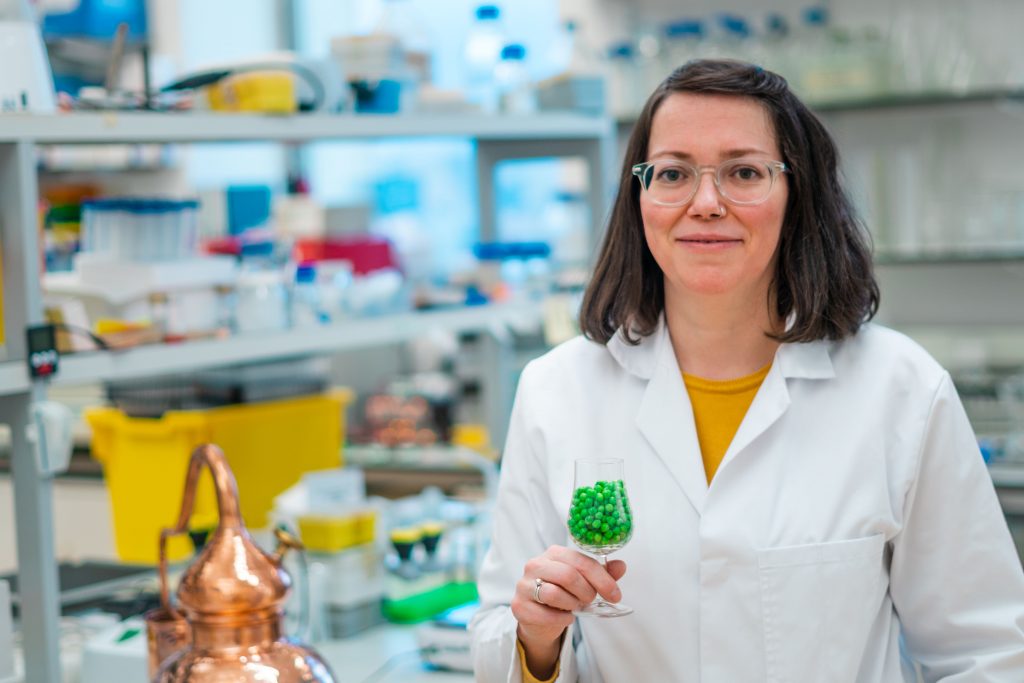 Master distiller Kirsty Black is responsible for all aspects of running Arbikie Distillery; working with fellow distillers Christian Perez and Mark McNulty to ensure that the history, tradition and provenance of Scottish distilling is built into the DNA of each Arbikie spirit.

After graduating with a degree in plant science, Black had a career in medical devices before going on to pursue a master’s degree in brewing and distilling at Heriot Watt University.

From R&D projects exploring the use of legumes in distilling to maintaining the plants, Black is at the heart of Arbikie’s sustainable spirits production.

In conjunction with working at Arbikie Distillery, Black  sits on the board of examiners and the awards committee for the Institute of Brewing & Distilling. She also co-chairs the CanDo Green Economy Collab that supports entrepreneurial Scottish businesses in the drive for net-zero, and is conducting her PhD studies in Abertay University and the James Hutton Institute, researching both the potential to use legumes in intercropping systems and the conversion of the resulting crops into beverage grade alcohol.

Today, Emma Walker (no relation to the Walkers) is one of 12 master blenders on the Johnnie Walker team. 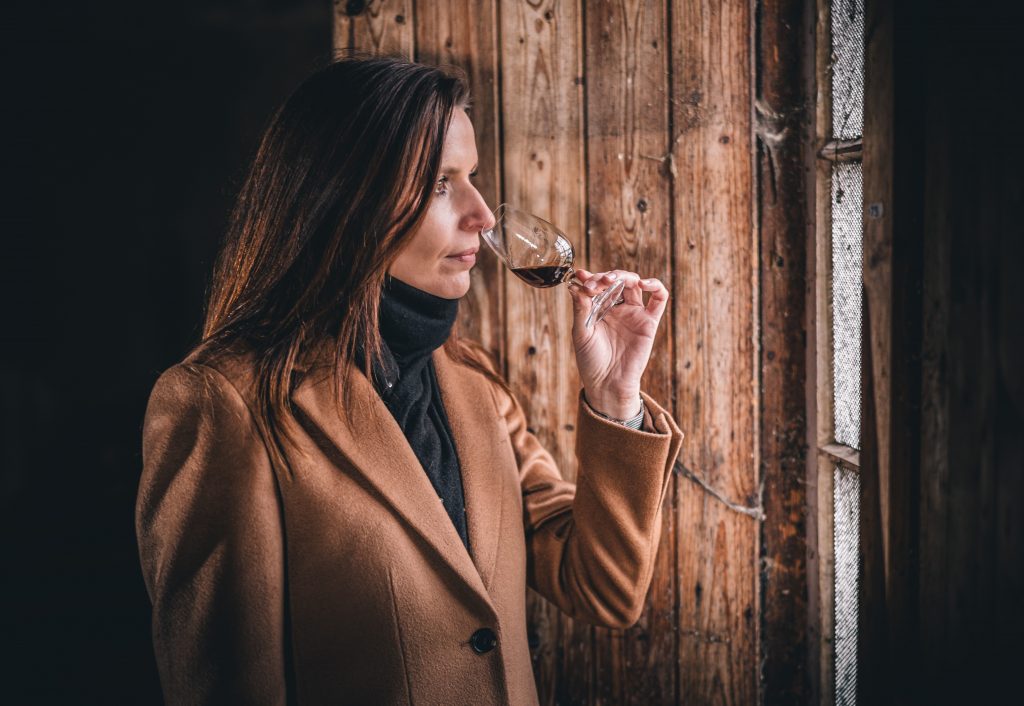 Kirsteen Campbell was the first female master whisky-makers in the almost 200-year history of The Macallan.

She takes great pride in being a custodian of The Macallan and currently heads up the whisky mastery team, using her skills, knowledge and craft to oversee key aspects of the whisky-making cycle, from cask lay down and maturation through to bottling, to ensure the quality and consistency synonymous with The Macallan single-malt whisky.

Originally from Thurso in the Highlands, Campbell graduated with a BSc in nutrition and food science from Glasgow Caledonian University before entering the drinks industry in 2001.

While working in a spirits’ laboratory, it became clear she had a remarkable sense of smell – an essential skill for a master whisky-maker. Campbell is renowned throughout the whisky industry for her knowledge and expertise.

She has been at The Macallan’s parent company, Edrington, since 2007, working first as a whisky quality technologist, before quickly becoming master blender for Cutty Sark.

Over time, Campbell was promoted to master blender for The Famous Grouse and Naked Grouse, before being appointed master whisky-maker for The Macallan in 2019. 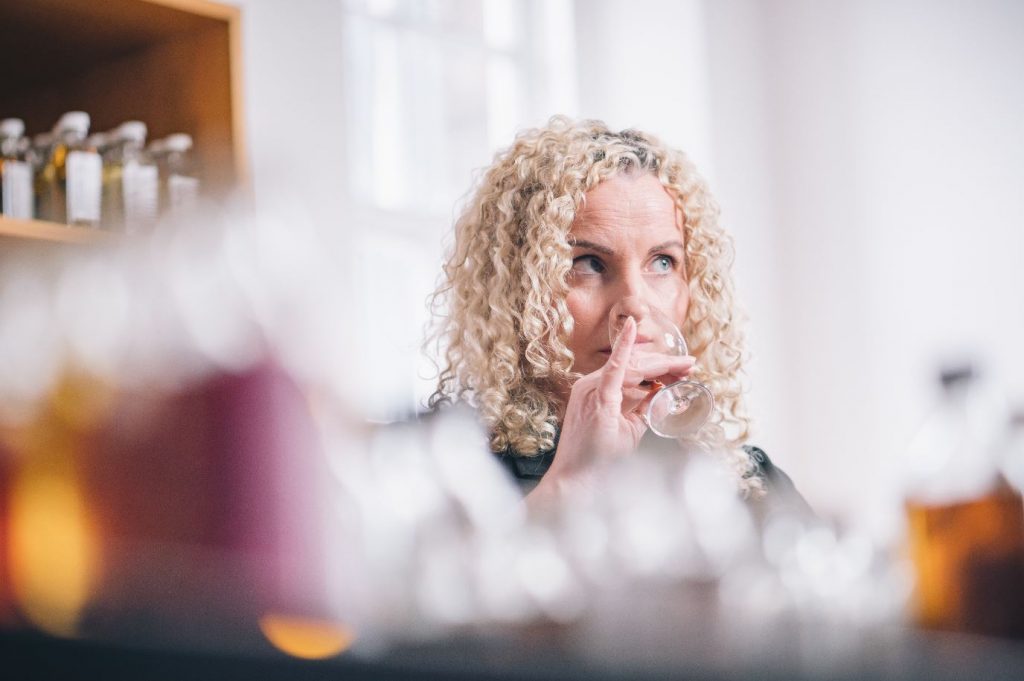 With more than 20 years’ experience in the industry, Sarah Burgess joined The Macallan’s parent company, Edrington, in 2017 and quickly became a key member of the team, focusing primarily on delivery of The Macallan’s core portfolio and innovation.

Born and brought up in Aberlour, Speyside, where she was surrounded by distilleries and where whisky is a way of life, Burgess began her career in whisky as a tour guide. Through explaining the processes involved in whisky-making to visitors, her knowledge grew and, after studying management at Robert Gordon University in Aberdeen, she undertook increasingly senior operational roles.

Over the years, Burgess’ responsibilities have included cask quality and consistency, site management and supporting brand activity such as sponsorships. She has also attained several professional qualifications, including a general certificate in distilling.

“There is still a pay gap”: Qatar Airways' regional boss on gender equality in the travel industry

Staff at the CEO’s former workplace have come forward to say he made a comment that made them feel “uncomfortable, substandard and embarrassed.”

In the wise words of Destiny’s Child, ladies leave your man at home because Trafalgar has launched its own range of women-only tours… or something like that.

How working from anywhere can empower women in the travel industry

Nicola Veltman from 1000 Mile Travel Group shares her thoughts on why remote work can empower women and how she manages the lifestyle with three kids.